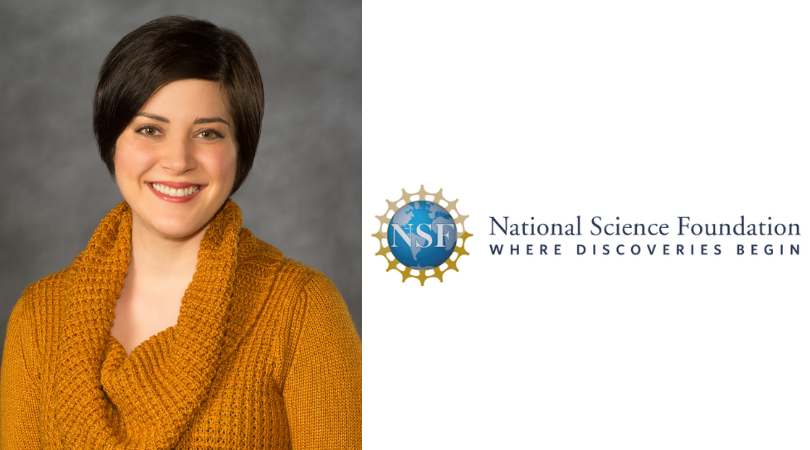 Hayley Cleary, an associate professor of Criminal Justice and Public Policy at the Wilder School, has received a grant award from the National Science Foundation (NSF).

Hayley Cleary, an associate professor of Criminal Justice and Public Policy at the Wilder School, has received a grant award from the National Science Foundation (NSF). Cleary is the co-PI on the project, "Collaborative Research: Does Registration and Notification Policy Deter Adolescent Sexual Offending? A Prospective Study of Integrated Criminological and Psychological Theories," which is a collaborative project with Dr. Cynthia Najdowski, associate professor of Psychology at SUNY-Albany. The total award is $235,253 and runs from September 2020 - August 2023.

“I have worked closely with Dr. Najdowski as the PIs and creators on this project for years before obtaining funding,” stated Cleary. “On the logistics side, Wilder School staff, Larisa Noren and recently retired Susan White were extremely helpful in preparing the budget and navigating both internal (OSP) and external (federal) submission procedures.”

Cleary shared that the project was born out of growing concern that states have been increasingly expanding sex offender registration and notification laws to adolescents. These laws are partially rooted in the criminological theory of general deterrence - that is, the idea that being convicted of a sex offense, labeled as a sex offender, and having to register as a sex offender would deter potential offenders from committing sexual offenses. However, developmental psychological theory and research tells us that adolescents have difficulty controlling their impulses and thinking about the future, especially about negative consequences that may or may not happen (i.e., ambiguous consequences) and, if they did occur, would occur far in the future.

Additionally, Cleary’s previous research with Dr. Najdowski shows that many adolescents are unaware that minors can be placed on sex offender registries, and they are especially unaware that registration can even happen for nonviolent sexual offenses. Correlational and retrospective research are unable to definitively determine whether policy awareness impacts later behaviors. Therefore, in this study, Cleary and Dr. Najdowski will use longitudinal methods to test potential causal mechanisms between youths' policy awareness and their self-reported sexual behaviors. They plan to survey nearly 1,400 adolescents ages 14-17 in the first year and follow up with them one year later.

“It is a rare honor to receive a federal grant from the National Science Foundation, and my collaborator Dr. Cynthia Najdowski and I are thrilled to begin this important work. NSF's Law and Science program has high standards, funding only projects that both advance basic science and carry the potential to broadly impact society,” said Cleary. “Our aim is to clarify whether or how sex offender registration and notification policies impact adolescents' sexual decision making. This is critical information for policymakers who consider whether to implement, amend, or strike these serious policies.”