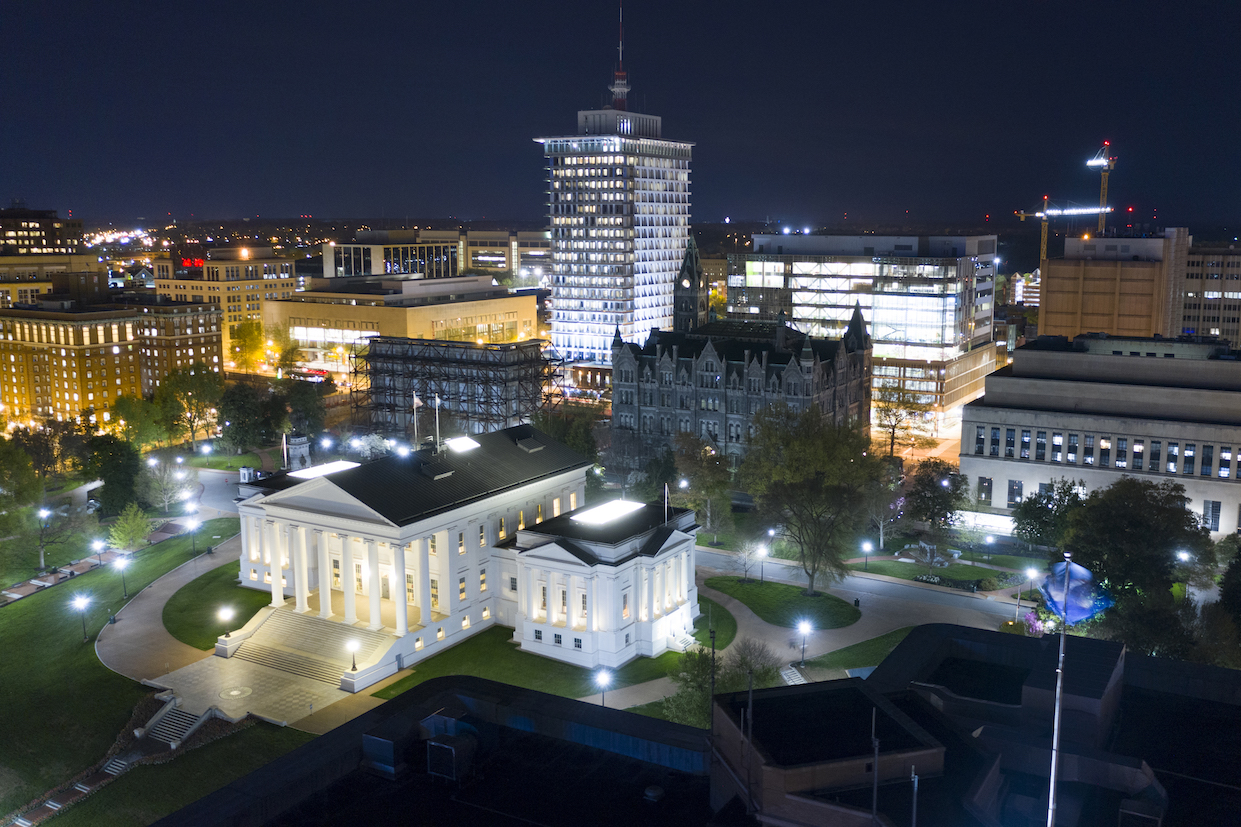 The Commonwealth Poll featured landline and mobile telephone interviews from June 30 through July 9, 2022, with a representative sample of 813 adult Virginia residents.

Youngkin’s approval is split by party and region, but support for gas tax holiday, ending grocery tax, funding HBCUs and new lab schools is strong across all demographics.

RICHMOND, Va. (July 26, 2022) – Virginians were more likely to approve of how Gov. Glenn Youngkin is handling his job as governor of Virginia than to disapprove with 49% reporting approval and 38% reporting disapproval, according to the Commonwealth Poll conducted by the L. Douglas Wilder School of Government and Public Affairs at Virginia Commonwealth University.

“The responses in the poll suggest what I have always stated: The people are always ahead of the leaders,” said 66th Governor of Virginia L. Douglas Wilder. “The grocery tax proposal is very receptive; gas tax suspension and/or stipend is greeted positively, which can be viewed as a direct response to rising inflation. The majority of Democrats and Independents prefer the option to use the tax revenue surplus for government programs, while Republicans favor the $250 rebate option; whereas Black respondents favor the $250 rebate and white respondents prefer the government programs.”

An overwhelming 79% of respondents support efforts taken by the Youngkin administration to fund Historically Black Colleges and Universities. Fifty-five percent support a recent state law permitting the establishment of college partnership laboratory schools in Virginia. The schools will be privately run and publicly funded to encourage innovation in teaching methods and instruction.

“Not surprising, but most appreciated, is the overwhelming public approval and support for increased funding for Historically Black Colleges and Universities; this should increase support in the General Assembly, especially with the attorney general’s recent opinion that removed long manufactured legal constraints to proper and deserved funding for Virginia’s HBCUs,” Wilder said. “Over half of poll respondents support lab schools, indicating Virginians are looking for alternative educational options to what is currently being provided.”

Regarding the commonwealth’s surplus tax revenue, 47% of respondents supported using extra taxpayer dollars on government programs such as welfare initiatives or state-funded clean energy projects compared to returning the surplus to taxpayers in the form of $250 rebates to individuals.

The Commonwealth Poll featured landline and mobile telephone interviews from June 30 through July 9, 2022, with a representative sample of 813 adult Virginia residents. It has a margin of error of 5.81%. Full results of the poll can be found below.

“Not surprising, but most appreciated, is the overwhelming public approval and support for increased funding for Historically Black Colleges and Universities... "Over half of poll respondents support lab schools, indicating Virginians are looking for alternative educational options to what is currently being provided.” -66th Governor of Virginia, L. Douglas Wilder

More than half of Virginians support the elimination of the state motor vehicle fuels tax, also known as the gas tax, for a three-month period (58%). Although support was higher than opposition regardless of political party, Republicans (69%) and Independents (58%) were more likely to support than Democrats (49%). The elimination of the gas tax was particularly popular among Black respondents, with 76% supporting its elimination.

Also very widely supported, 7 out of 10 Virginians support the elimination of the state portion of the grocery tax in Virginia. As with the gas tax, although support is high regardless of party identification, Democrats (60%) were slightly less likely to support the measure compared to Republicans (79%) and Independents (76%). Respondents living in Northwestern (87%) and Western Virginia (80%) had the highest likelihood of supporting the grocery tax elimination.

Use of surplus tax revenue

Virginians were fairly evenly split on what to do with surplus tax revenue in Virginia — 47% prefer the surplus be used for government programs such as welfare programs or state-funded clean energy projects, whereas 42% prefer that the surplus be used to give every Virginia taxpayer a one-time rebate of $250. There was a large divide by party identification in respondents’ preferred options. The majority of Democrats and Independents prefer the option to use surplus for government programs (68% and 50%, respectively), while 62% of Republicans favor the $250 rebate option. Support for each option also differed by race — Black respondents favor the $250 rebate (54%), whereas white respondents prefer the use of surplus towards government programs (48%).

Over half of poll respondents (56%) also support allowing the establishment of college partnership laboratory schools in Virginia, which will be privately run and publicly funded to allow for innovation in teaching methods and instruction. There were no major differences across key demographics.

Almost 8 in 10 Virginians (79%) support efforts to fund Historically Black Colleges and Universities. Despite high support among all political parties, Democrats were much more likely to support these efforts with 94% supporting compared to 69% of Republicans; 80% of Independents also support the efforts. Black respondents also had a higher likelihood of supporting than their white counterparts (96% versus 78%, respectively).

For the full poll results and analysis, visit: https://oppo.vcu.edu/policy-poll/

For nearly three decades, the VCU Wilder School Commonwealth Poll within the Office of Outreach and Research has been an important bellwether for policymakers in Virginia and beyond on a range of topics, including voting intentions, economic and workforce development, education, housing, public health, public safety and racial equity. The Commonwealth Poll was a featured 2020 Presidential Election Poll by CNN, approved based on a rigorous review of methodologies and assumptions that ensure that CNN-cited polling entities are employing the gold standard in public opinion research.

About the VCU L. Douglas Wilder School of Government and Public Affairs:

Nationally ranked No. 35 in Public Affairs Graduate Programs and No. 29 in Public Management & Leadership by U.S. News & World Report, the L. Douglas Wilder School of Government and Public Affairs at Virginia Commonwealth University advances excellence in governance and promotes evidence-based public policy in Virginia and beyond. The school offers an array of graduate, post-baccalaureate and doctoral programs in virtually every policy area including criminal justice, homeland security and emergency preparedness, public administration, public policy and administration, and urban and regional studies and planning. Additionally, the Wilder School is home to the robust Centers and Institutes for Public Policy that provides applied research in the areas of state and local government, social equity, and leadership and a range of services to clients in state and local government, nonprofit organizations, businesses and the general public.