Virginia Commonwealth University L. Douglas Wilder School of Government and Public Affairs student project mapping the 20th-century displacement of communities of color in Richmond began with a personal tie and a passion. This summer, it will become part of a national collection of online teaching materials to further individuals’ understanding of Black and Indigenous peoples’ landscape-oriented social histories — where communities live and the meaning of those places within the context of their histories — in the United States.

Second-year urban and regional planning graduate student LaToya S. Gray-Sparks is among 25 scholars from across the country selected to participate in “Toward a People’s History of Landscape,” a National Endowment for the Humanities summer institute. The highly competitive professional development program supports research and exploration of the nation’s cultural and geographical landscape through social histories, centering on Black and Indigenous historical narratives in the founding of the United States.

Gray-Sparks is one of three postgraduates selected for the institute. Student selection is particularly rigorous as candidates compete alongside tenured and tenure-track faculty for entry.

"Being selected for the NEH summer institute is a reminder that all things are possible,” she said.

Gray-Sparks has an abiding appreciation for her experiences at VCU and a burgeoning interest in a doctoral degree, studying the intersections of Black geography, heritage and critical cartography as well as the history of urban planning and its impact on Black spaces and communities.

“Toward a People’s History of Landscape,” hosted by the Dumbarton Oaks Research Library and Collection, will be held in Washington starting June 12. During the immersive three-week program, Gray-Sparks will collaborate with scholars to develop online, open-source curriculum modules that teach landscape-oriented social histories. 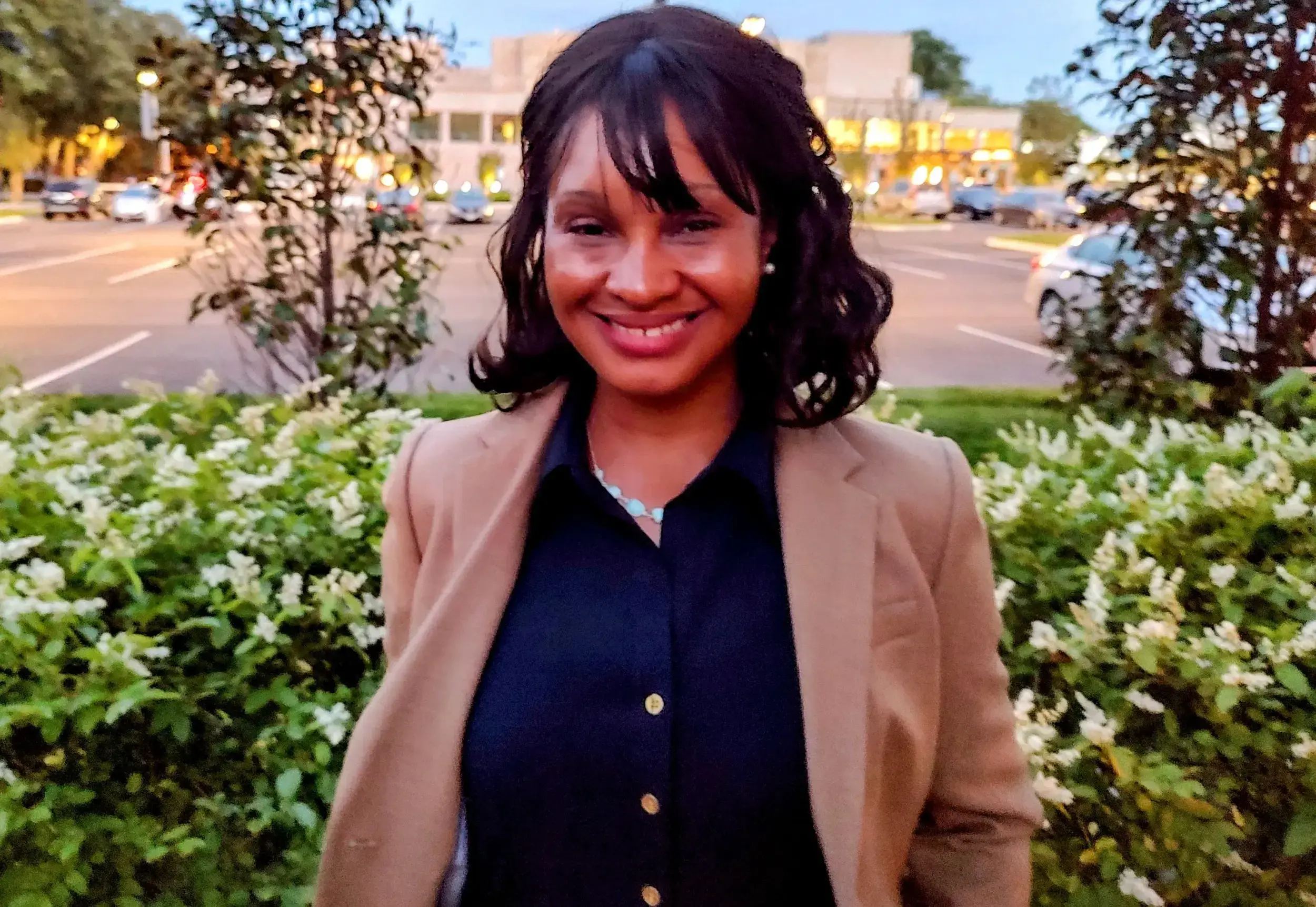 LaToya Gray-Sparks, a graduate student in the Wilder School's urban and regional planning program, is one of 25 scholars participating in a summer institute through the National Endowment for the Humanities, where she will continue the work of her project, "Planned Destruction," mapping the displacement of Black communities in Richmond during the 20th century. (Courtesy of LaToya Gray-Sparks)

Gray-Sparks was selected for the NEH summer institute to further her research project, “Planned Destruction,” an interactive digital story map that details the efforts of Richmond authorities during the 1930s and ‘40s to displace residents from the city’s Black communities — effectively destroying neighborhoods for generations. From depriving communities of grocery stores to dividing the city between Black and white communities, intentional tactics led to greater poverty and lower property values in Black areas.

The project examines the impact of Harland Bartholomew’s 1946 master plan for Richmond on the African American community by documenting the many victims of displacement whose homes and businesses were obliterated. The piece also visually captures the changing landscape with historic and contemporary maps of the entire city, including Black and white populations, median household incomes, poverty rates and property value.

In digitally reconstructing and repopulating Richmond’s lost communities, Gray-Sparks hopes to lead the charge in “centering the experiences of marginalized communities while reclaiming and preserving a part of African American history that has been forgotten.”

“Maps are powerful,” said Gray-Sparks, who believes that cartography can be an important tool for reversing the negative impact of redlining. “Maps can be used to promote and elevate a space or omit and destroy a space.”

Gray-Sparks was working as a user support specialist in the University of Richmond’s Boatwright Memorial Library and was completing a certificate in geographic information systems at the Wilder School when she began developing the map.

The research and energy she put into it, she said, started as an “outlet for grief, anger and a feeling of powerlessness” after the 2017 death of her cousin in Richmond’s Whitcomb Court neighborhood. Around that time, Gray-Sparks was part of the Richmond 300 advisory council that was drafting the city’s latest comprehensive plan. She learned how Whitcomb Court’s development was “rooted in urban planning theories and schemes that were discriminatory and patriarchal.”

The experience propelled her to continue work on her story map, which is dedicated to her cousin and other childhood friends who lost their lives to violence in Richmond. They were young Black men “whose lives were cut short due to boundaries and restrictions created and implemented by people who did not value Black lives,” Gray-Sparks said.

She hopes the map and her work at Dumbarton Oaks will “lead to actions and concrete changes that save Black lives.”

“I feel the spirits of my ancestors cheering me on in this work — my great-grandparents, my grandparents, my cousin and so many others whose lives have influenced my work a great deal because their experiences were circumscribed by urban renewal,” Gray-Sparks said.

In helping to center the lives of others, Gray-Sparks acknowledged that she has come to see herself differently.

“Having the support and resources of faculty to complete a project like this has been such a blessing. The Wilder School has given me a platform for discovery and the confidence to launch my research into the world, where it can have the greatest meaning.”