McAuliffe and Youngkin in a virtual tie in race for governor 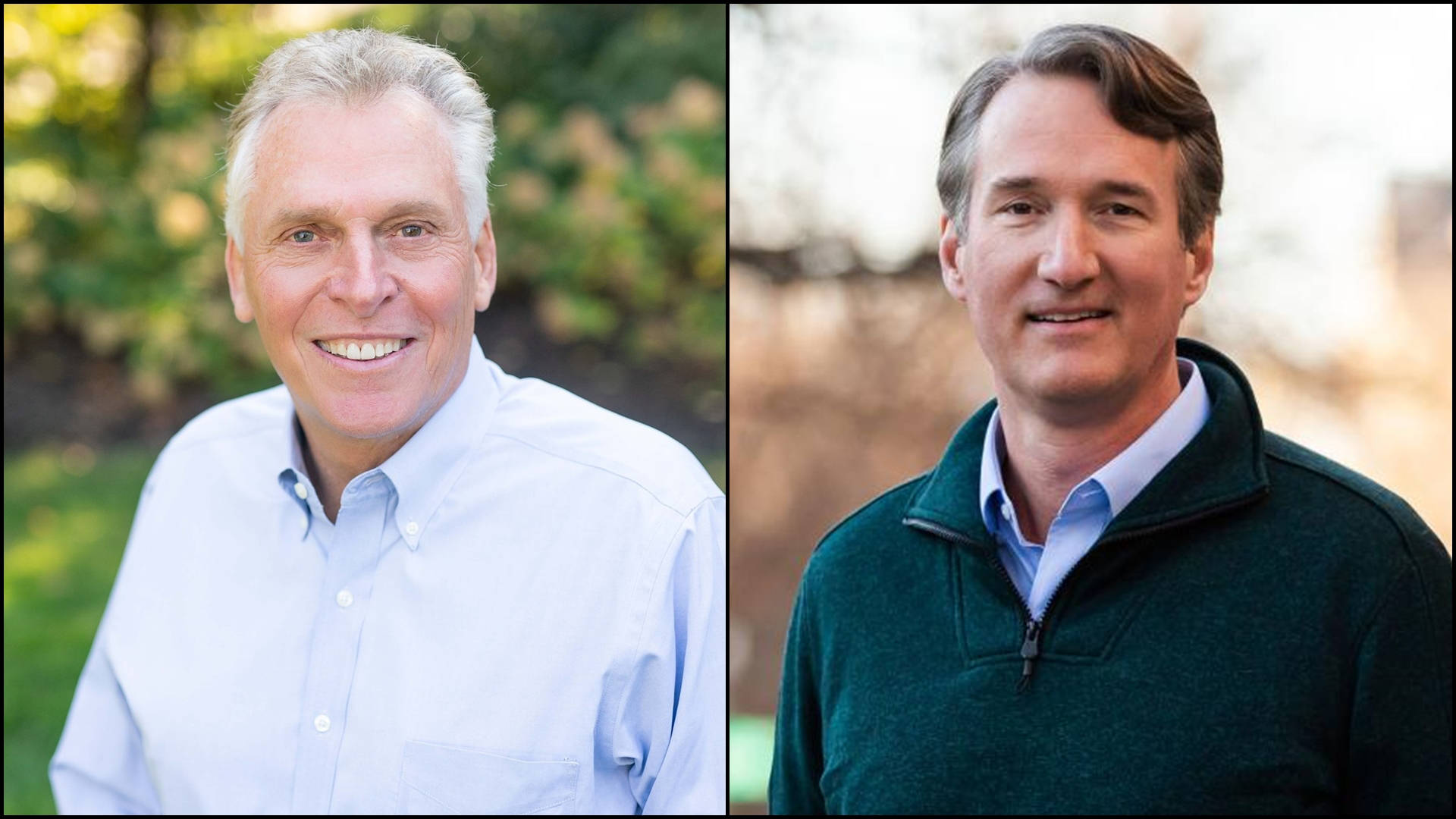 In the race to become the next governor of Virginia, 40% of likely voters would vote for Terry McAuliffe while 37% would vote for Glenn Youngkin, according to a new statewide poll conducted by the Wilder School at Virginia Commonwealth University.

RICHMOND, Va. (Aug. 20, 2021) — In the race to become the next governor of Virginia, 40% of likely voters would vote for Terry McAuliffe while 37% would vote for Glenn Youngkin, according to a new statewide poll conducted by the L. Douglas Wilder School of Government and Public Affairs at Virginia Commonwealth University.

In the race for lieutenant governor, Democrat Hala Ayala has a larger lead over Republican Winsome Sears (39% to 31% respectively). However, 12% of voters are undecided about this race and 17% are unwilling to vote for either candidate. 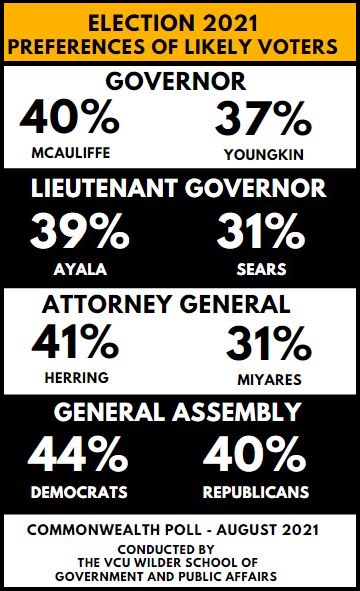 In the race for attorney general, Democrat Mark Herring has the largest lead of all statewide candidates (41%), while 30% support Republican Jason Miyares. Ten percent of likely voters are undecided in this race and 19% are unwilling to vote for either candidate.

“As of this survey, there have been no debates between the candidates for governor or lieutenant governor. The gubernatorial candidates are in a virtual dead heat (McAuliffe 40%, Youngkin 37%). That could change once positions are taken on the issues. The lieutenant governor’s race showing the largest difference (Ayala 39%, Sears 31%) could also be affected. The attorney general race has 19% of the voters unwilling to vote for either candidate added to the 10% undecided leaves one-third of the voters who could tighten that contest. How the pandemic affects turnout and enthusiasm energizes voters should be of utmost concern,” said Gov. L. Douglas Wilder.

Poll respondents were also asked which party they would rather see in control of the Virginia General Assembly. All 100 House of Delegates seats are up for election in November, with Democrats currently holding a 55-45 advantage. Voters are, once again, split on which party they prefer to control the chamber. Democrats have a slight edge over Republicans (44% vs. 40%, respectively) with 6% of voters undecided.

Similar regional differences were found in the other statewide races. In the lieutenant governor race, Ayala has a sizeable lead in Northern Virginia (50% to 21%) and south central (38% to 29%), while Sears leads in the west (42% to 32%) and northwest (38% to 22%). Voters in the Tidewater region of the state were evenly split, 37% for Ayala and 33% for Sears.

Virginians show strongest approval for Northam’s handling of COVID-19 (57%) and public education (52%), but less than half of respondents approve of how he has handled health care (47%), racial inequity (47%), the environment (44%) and the state budget (41%).

Additionally, Virginians are split on their approval of President Joe Biden with 51% approving and 47% disapproving of his current job performance.