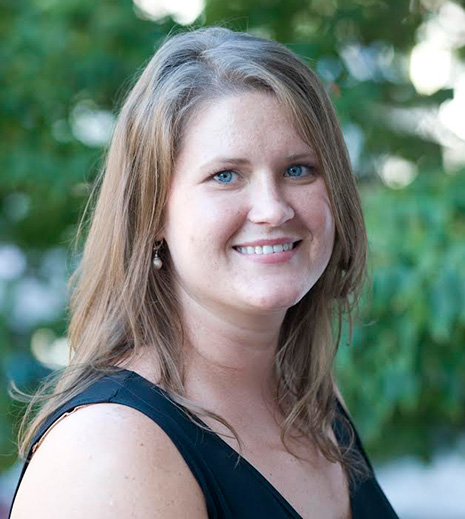 When Lindsey Evans was applying to graduate programs, the Georgia native toured about a half-dozen schools in the Washington, D.C. area.

“But then I learned of the work in social equity faculty members at VCU were engaged in and I knew this would be a good fit for me,” she recalled.

So Evans reset her sights to Richmond and enrolled in the Wilder School’s Master of Public Administration program, earning her degree in 2008. Now she’s a doctoral candidate in public policy and administration and a senior research associate on a grant funded by the Manhattan Institute for Policy Research.

She knew she wanted to pursue a career in academia to teach and research issues related to social equity, “a broad theme that promotes fairness, justice and equity in the formation of public policy.” Her concentration areas also include higher education policy and access.

“Social equity runs the gamut of public policies, from offender reentry to geriatric resources. It’s about making sure that public administrative services are provided equitably,” she explained.

Evans earned her undergraduate degree in political science and criminal justice from Georgia College and State University. Over the course of her nearly nine-year career at VCU, Evans has also worked as an instructor of research methodology and public administration, administrative program coordinator at the Grace E. Harris Leadership Institute and as program coordinator for the Wilder Graduate Scholars Fellowship Program. Additionally, she also earned a graduate certificate in Geographic Information Systems.

This year, she’s the student representative on the national council of the American Society of Public Administration (ASPA), the first VCU student to hold that position. Serving in a leadership post holds special meaning as one of her mentors, Professor Susan T. Gooden, is the president-elect of ASPA and will assume the presidency in March.

Evans has been active in ASPA since beginning her graduate studies and has regularly presented at regional and national conferences. During her year-long term as the student representative, she’s launched the ASPA Student and Young Professional Newsletter, a quarterly publication that seeks to promote engagement among younger members. She’s also involved with a regular webinar series, which has included topics such as how to land a government job and proposal writing.

“I wanted to offer more opportunities for students,” she said. “It’s been an honor to serve.”

This summer, Evans coordinated the Young Scholars’ Workshop in Mexico City in August, hosted by ASPA and the Centro de Investigacion y Docencia Economicas. In 2014, she was chosen to participate in the workshop, held at Jilin University in China, and received a Founder’s Fellowship Award for ASPA’s 75th anniversary. She’s also been involved in VCU’s graduate student association and the public administration student association.

She praises Gooden and Dr. Blue Wooldridge, also a public administration professor, for their support of her academic and professional development.

“Susan and Blue have been great mentors. I wouldn’t be here without them,” Evans said. “They have been so supportive. It’s the faculty members who make the Wilder School what it is. They are amazing people.”