Poll: Virginia’s elections are too close to call 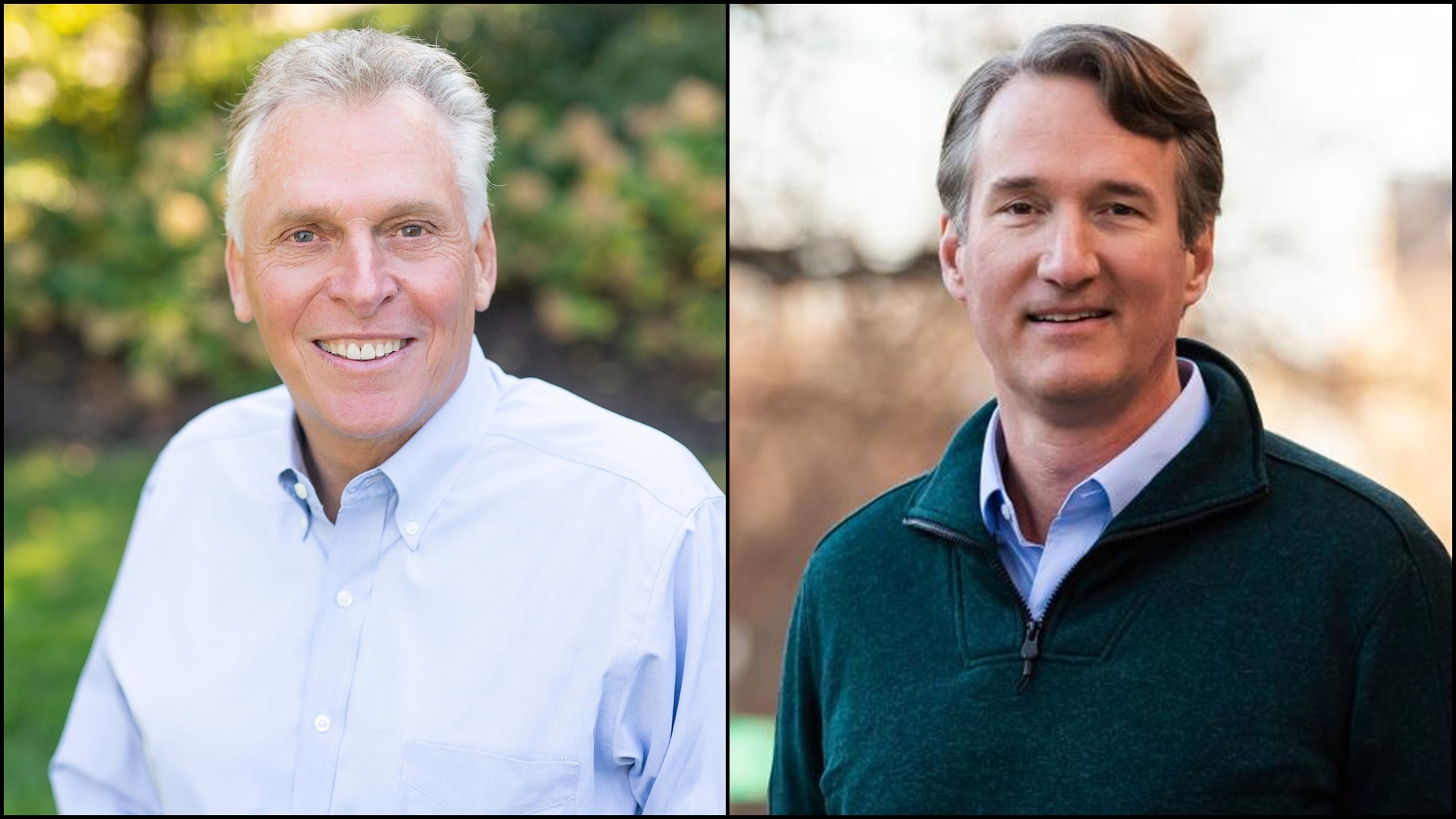 Virginia’s gubernatorial election is nearly tied with 41% of likely voters supporting Democrat Terry McAuliffe and 38% supporting Republican Glenn Youngkin, according to the latest statewide poll conducted by the Wilder School.

Republicans have closed wide leads of Democrats entering the final days of the campaign.

RICHMOND, Va. (Oct. 26, 2021) — Virginia’s gubernatorial election is nearly tied with 41% of likely voters supporting Democrat Terry McAuliffe and 38% supporting Republican Glenn Youngkin, according to the latest statewide poll conducted by the L. Douglas Wilder School of Government and Public Affairs at Virginia Commonwealth University. This is a substantial tightening of the race since last month when McAuliffe led 43% to 34% among likely voters.

With only one week left until the election and the gubernatorial race in a dead heat, independent and discontent voters might likely decide who will be the next governor of Virginia. Independent voters have increasingly identified with Youngkin (37%) rather than McAuliffe (31%), a six-point increase for Youngkin and a six-point decrease for McAuliffe since September. 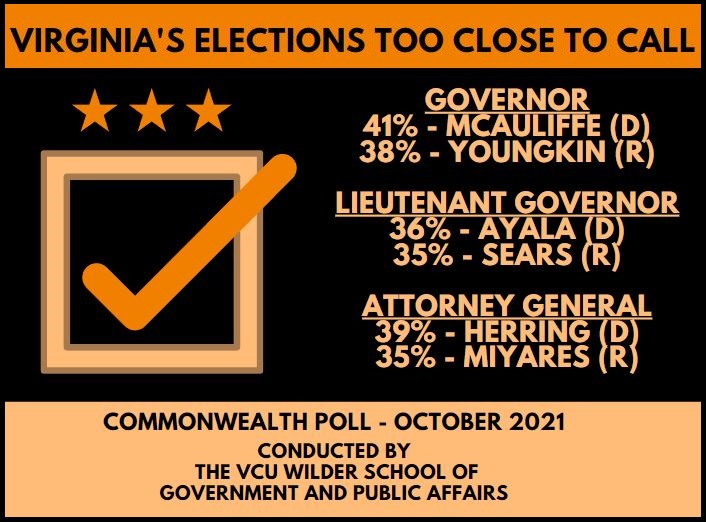 Additionally, 10% of likely voters remain unhappy with either candidate. Of those, discontent voters identify more as Democrats than Republicans (11% and 8% respectively), bringing into question the impact that third-party candidate Princess Blanding might play on election day.

Regionally, Youngkin made the biggest gains this past month in Tidewater, where he now leads over McAuliffe (38% to 34%), a seven-point improvement for Youngkin since last month’s poll. Youngkin also took the lead in the northwest region of the state (41% to 37%) where the candidates had previously been tied. McAuliffe held his leads in Northern Virginia (53% to 31%) and south central Virginia (43% to 35%), while Youngkin held his lead in the western part of the state (51% to 30%).

In the race for lieutenant governor, Republican Winsome Sears has closed the gap on Democratic opponent Hala Ayala over the last month. Ayala now has the support of 36% of likely voters while Sears has 35%. In September Ayala held a three-point lead. The lack of a third-party candidate in the lieutenant governor race does not dismiss the impact of discontent voters on such a tight race. Of the 16% of likely voters who are still unhappy with either candidate, more are Democrats than Republicans (20% to 11% respectively).

The same trend exists for the candidates in the contest to be Virginia’s attorney general. Democrat Mark Herring leads 39% to 35% over his opponent, Republican Jason Miyares, among likely voters. However, Miyares has gained ground in each of the last three months while Herring has lost ground. Once again, the tightening margins between both candidates could be impacted by discontent voters. Of the 14% of those surveyed who still do not favor either candidate, more describe themselves as Democrat then Republican (16% to 8% respectively).

Enthusiasm may play a critical role in deciding close contests. Among likely voters, 87% of Republicans say they “definitely will” vote versus 74% of Democrats and Independents. Additionally, 82% of Republicans said they would vote for Youngkin if the election were being held today versus 76% of Democrats saying the same for McAuliffe. 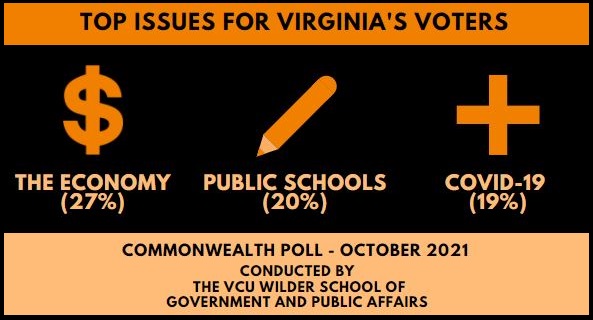 These close races in Virginia highlight a divide among citizens on their views about the direction of the commonwealth. Virginians are evenly divided when asked whether the state is “headed in the right direction” or “on the wrong track” (46% for both). The divided electorate seems to also be impacting their views of Gov. Ralph Northam. Less than half (46%) of Virginians approve of the job that he is doing, a five-point drop since August.

For the full poll results and analysis, visit https://rampages.us/commonwealthpoll/