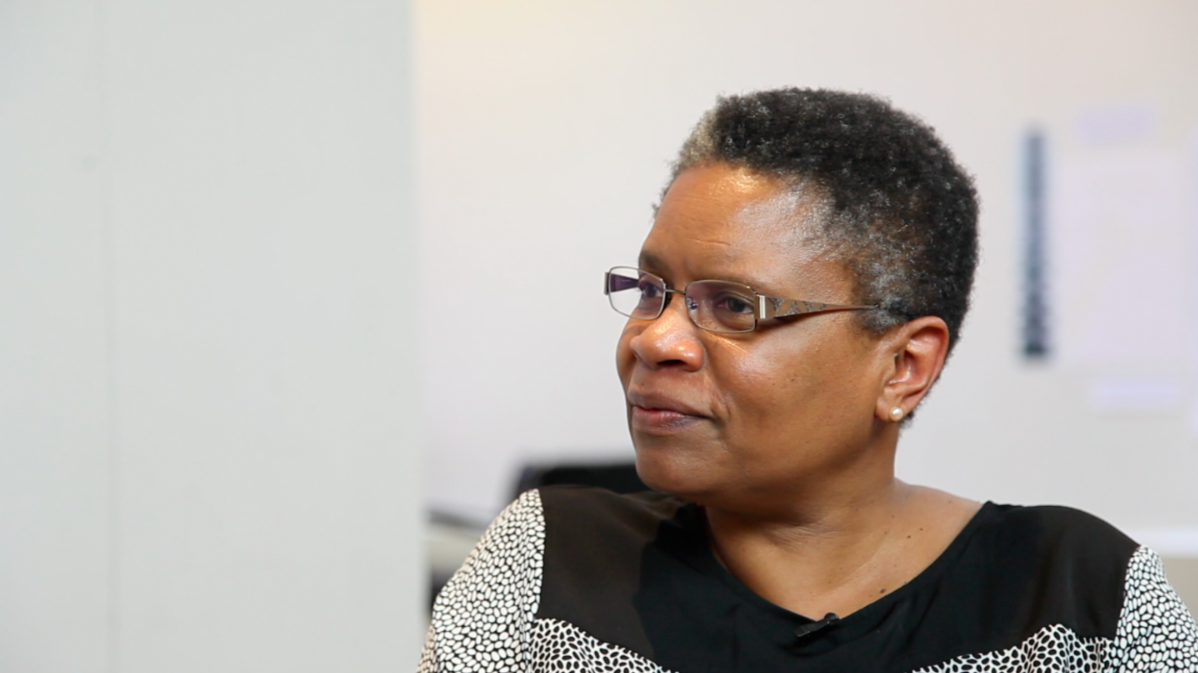 Racial and ethical dilemmas are all around us, all the time, said June Manning Thomas.

Thomas, a noted scholar and Centennial Professor Emerita at the University of Michigan, offered a featured address, "Racial Challenges for Ethics, Urban Professionals," at the Wilder School’s Doctoral Lecture Series in Public Policy on February 4.

The series gives students the opportunity to learn from and engage with leading scholars in a variety of fields related to public policy.

Manning defined “ethics” with help from Heather Campbell, a planning researcher from the U.K. who has written numerous publications about the topic. Campbell describes ethics concisely as “what ought to be done.”

“It really describes in any given situation, how we should act, configure ourselves and carry out our work. It’s about making choices and practical judgment,” said Manning.

“You are going to be in situations where you are having to make decisions, and how we make those will determine where we go next in our profession, day to day activities, and research.”

Manning said ethical debates take place when it is difficult to determine the best decision between good or bad and there is more uncertainty than certainty.

Researchers face these challenges in their daily work, argued Manning.

“How do I situate my work in the context of widespread racial injustice? What do I do about it? What are the implications of unveiling your research to the public?”

Exactly what can urban professionals do to confront these challenges?

First and foremost, planners, researchers and society have to acknowledge that racial challenges exist, said Manning.

“We are dealing with a highly segmented environment,” she said.

One of the starkest contrasts she illuminated was the imbalanced police response between Black Lives Matter protests and the January 6 insurrection at the U.S. Capitol.

“We saw hordes of people, white supremacists, and the Proud Boys battering down the walls of the capitol, smashing windows, etc. And for many, it showed us that these issues still exist and are still there. Even more disturbing to me than the people who attacked the capital, were the people who back them and said it was okay.”

Manning also noted the attempt to suppress ballots in cities with large Black populations in the 2020 presidential election. Cities like Philadelphia, Detroit, Atlanta and Milwaukee. These were places where the vote was “not what some wished it to be,” she said.

“We have a complicated world that we are existing in right now and I think that it would behoove us to think about what are the implications of such complications. The challenges that we face are quite serious.”

Racial challenges are engrained in our collective psyche, introduced in childhood and reinforced by long-standing patterns and behavior that are normalized and embedded in the landscape, with the goal of maintaining white privilege, said Manning.

“If we are not careful we begin to see the environment, the way we live, work and research as normal. We are so accustomed to inequity.”

Manning sees urban professionals as being at the forefront of this confrontation.

As the architects of our cities, planners work in some of the most highly charged contexts; spaces and institutions in which racial segregation, socio-economic inequality and a predilection toward the status quo are common, she said.

“We ourselves are poorly equipped to deal with deeply seed dilemmas.”

Planning professors must recognize the situated backgrounds of their students, urged Manning.

“Our students tend to be higher socio-economic status, white unless at a Historically Black College or University, and we know they will most likely go into “status quo” jobs. It is crucial that we train them and ourselves to understand racial and ethical challenges by not only looking back at our history, but also reading and understanding contemporary thought.”