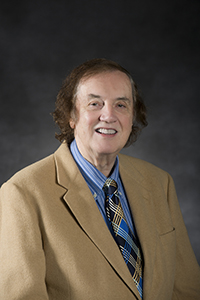 An entire issue of the International Journal of Organization Theory and Behavior (IJOTB) was recently dedicated to David John Farmer, Ph.D.

Farmer is renowned as a post-traditional theorist and for a body of work that includes six books and over 80 publications. Three of his works—“The Language of Public Administration,” “To Kill the King” and “Public Administration in Perspective”—are among the most cited texts in the field.

The Spring 2016 IJOTB issue includes 10 articles that examine the impact of Farmer’s scholarship and was penned by academics from around the world. The Wilder School’s Cynthia Cors (Ph.D. ’14) and Richard Huff, Ph.D., interim chair of the M.P.A. program, were among those who contributed.

“This special issue is a fitting tribute to the people and the field that he has influenced over the years. As stated in the introduction, Professor Farmer is indeed among the ‘icons’ within the Public Administration Theory Network. The Wilder School is proud to claim him as a faculty colleague, mentor and friend.”