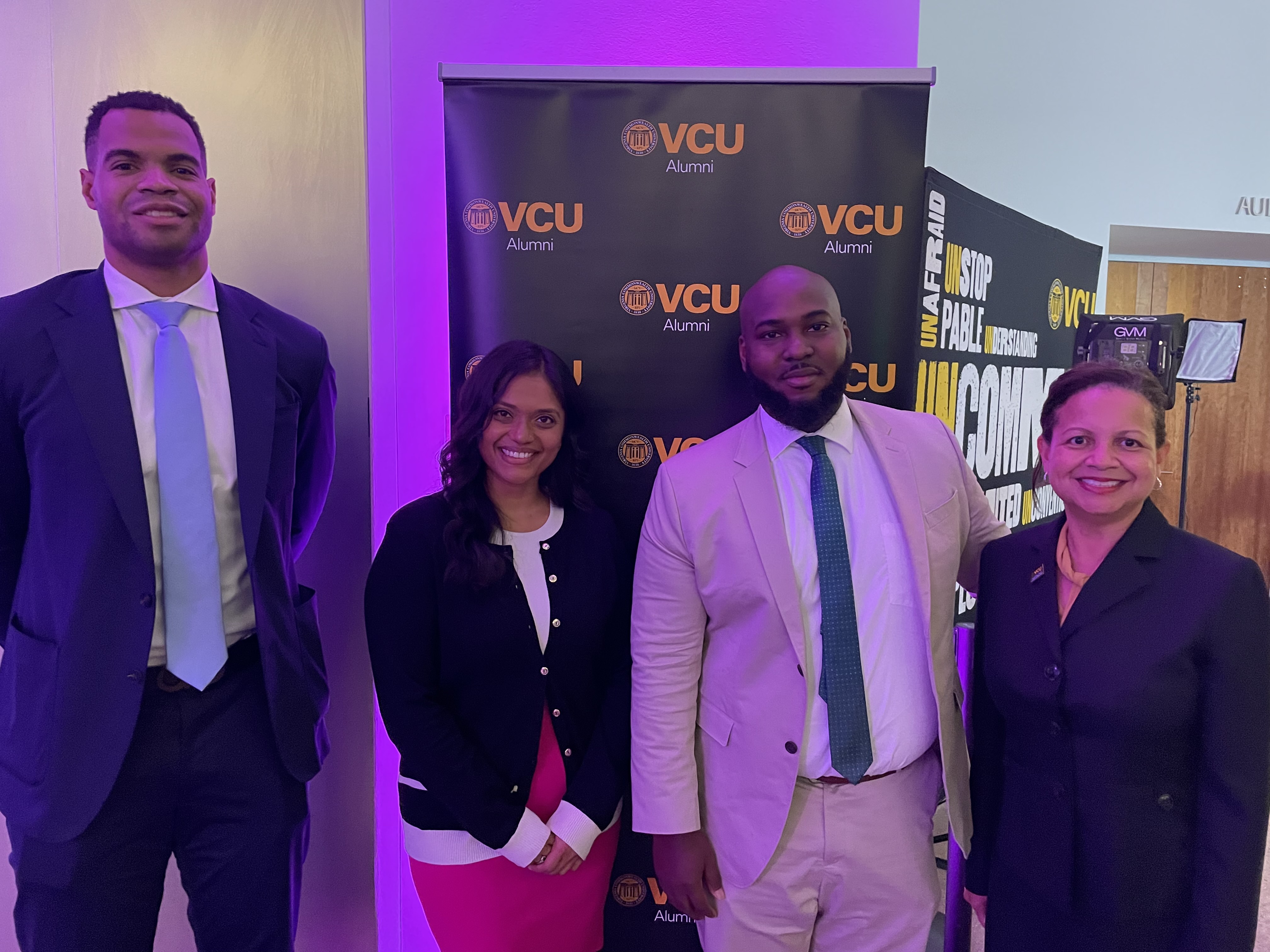 VCU Alumni’s 10 Under 10 awards program recognizes the noteworthy and distinctive achievements made by alumni who earned their first VCU degree (undergraduate, graduate or professional) within the past 10 years. This year, two Wilder School alumni were recognized as honorees during an Oct. 29 ceremony.

Dhara Minesh Amin, Ph.D. (M.S.’14/CJ; Ph.D.’19/PPA), learned early on the economic challenges working families can face. Her grandmother cared for her and her brother in suburban Chicago while her parents both worked long hours. Despite two incomes and access to free child care, the family still sometimes had to choose between paying utility bills and purchasing essentials, such as food and diapers.

Amin’s family consistently reinforced the importance of education and encouraged her independence and determination. As a first-generation Indian American, she overcame limited resources to pursue higher education.

Amin graduated with a B.S. in human development and a minor in Leadership and Social Change from Virginia Tech, then earned a master’s in criminal justice and a Ph.D. in Public Policy and Administration, with a concentration in criminal justice policy from VCU. While in graduate school, Amin discovered her path. “VCU completely changed my trajectory,” Amin says. Student networking opportunities led Amin to the public safety sector.

While working toward her degree, Amin joined the Virginia Department of Corrections in 2013 as a graduate fellow through the L. Douglas Wilder School's Graduate Scholars Fellowship and then as a Prison Rape Elimination Act hotline coordinator. That role led to Amin’s dissertation research about students’ awareness, knowledge and perceptions of mandatory reporting of sexual victimization on college campuses.

“I never thought I’d go for my Ph.D., let alone collect my own data,” Amin says. “To take data and apply it to helping someone, whether improving mandatory reporting on college campuses or collecting audit documentation for sexual victimization allegations in the prison system, has a lifelong impact.”

“I tried to figure out what's working and what's not working and how we could better some outcomes and make policy, procedural and operational suggestions.”
– Dhara Minesh Amin

Several years later, Amin moved to the Virginia Department of Juvenile Justice, where she served as a project consultant, research analyst and coordinator of external research, and senior research associate. She examined data to look at the overall effectiveness of programs and initiatives. “I tried to figure out what's working and what's not working and how we could better some outcomes and make policy, procedural and operational suggestions,” she says.

Amin recently switched to the private sector and works at Guidehouse as a managing consultant in the State and Local Government division. She combines her public service experience with private sector tools and expertise to help state and local governments optimize solutions and outcomes.

Throughout her adult life, Amin has volunteered for the causes she cares most about. In 2014, she collaborated with the organization Drish-ti to collect more than 400 pounds of T-shirts from local organizations as well as VCU and Virginia Tech and their alumni networks. She then drove more than 2,800 miles across India to deliver the shirts to their new owners.

Amin also volunteered with One Book, One Facility, which provides youth in the juvenile justice system with a thought-provoking book and the chance to discuss important topics with mentors and peers.

In addition to her formal volunteer roles, Amin supports younger relatives who hope to attend college, largely because of her gratitude for the mentors who helped her along her journey.

"It could have been very easy for me to end up on the other side of the system like the youth DJJ works with,” Amin says. “Instead, I made it!”

When Darrion R. Holloway, Esq., ('13 BS/CJ) first came to VCU, he wondered whether he had made the right choice. Some of his friends had chosen to play football in college, and he regretted passing up that opportunity.

Then, during a meeting with his adviser, Carlton Goode, Ed.D. (Ed.D.’22/E), his perspective shifted. “He sat me down and said, ‘You have to give [VCU] a chance. There’s so much out there for you to get into and learn,’” Holloway says.

Holloway first saw these lessons play out professionally when he earned an internship his senior year with a prominent criminal defense attorney in Richmond. “That was the first notion I had of what I wanted to do. I wanted to help people, and I felt like that was what he did,” Holloway says. 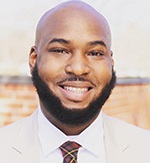 “Everything I do is about helping people, whether it’s in my professional life or as a volunteer.” – Darrion Holloway

Upon graduation, Holloway began working as a public defender in Charlotte, North Carolina, a job that enabled him to fulfill his mission to help others. In addition to providing legal work for his clients, he helped them access mental health treatment, stable employment and sustainable housing. Super Lawyers named him a Rising Star in North Carolina for his work.

Last year, Holloway shifted to personal injury litigation, but he remains driven to help people. In his current role, he helps clients who are hurt receive fair compensation for their injuries.

“Everything I do is about helping people, whether it’s in my professional life or as a volunteer,” Holloway says. He coaches varsity basketball at United Faith Christian Academy in Charlotte and mentors high school and college students.

Holloway also serves with two other VCU graduates on the board of the 3E Program for Social Justice and Change, which creates curriculum-based programs for high school students in underserved communities to familiarize them with college coursework.

In everything he does, Holloway seeks to live up to the high expectations of those who have guided him. “I have had tons of mentors who paved the way for me and set the example, and every day I get a chance to make them proud,” he says. “That’s what success means to me.”

This story originally appeared on the VCU Office of Alumni Relations website.