What Can the Motivations of Terrorists Teach Us About Afghanistan? 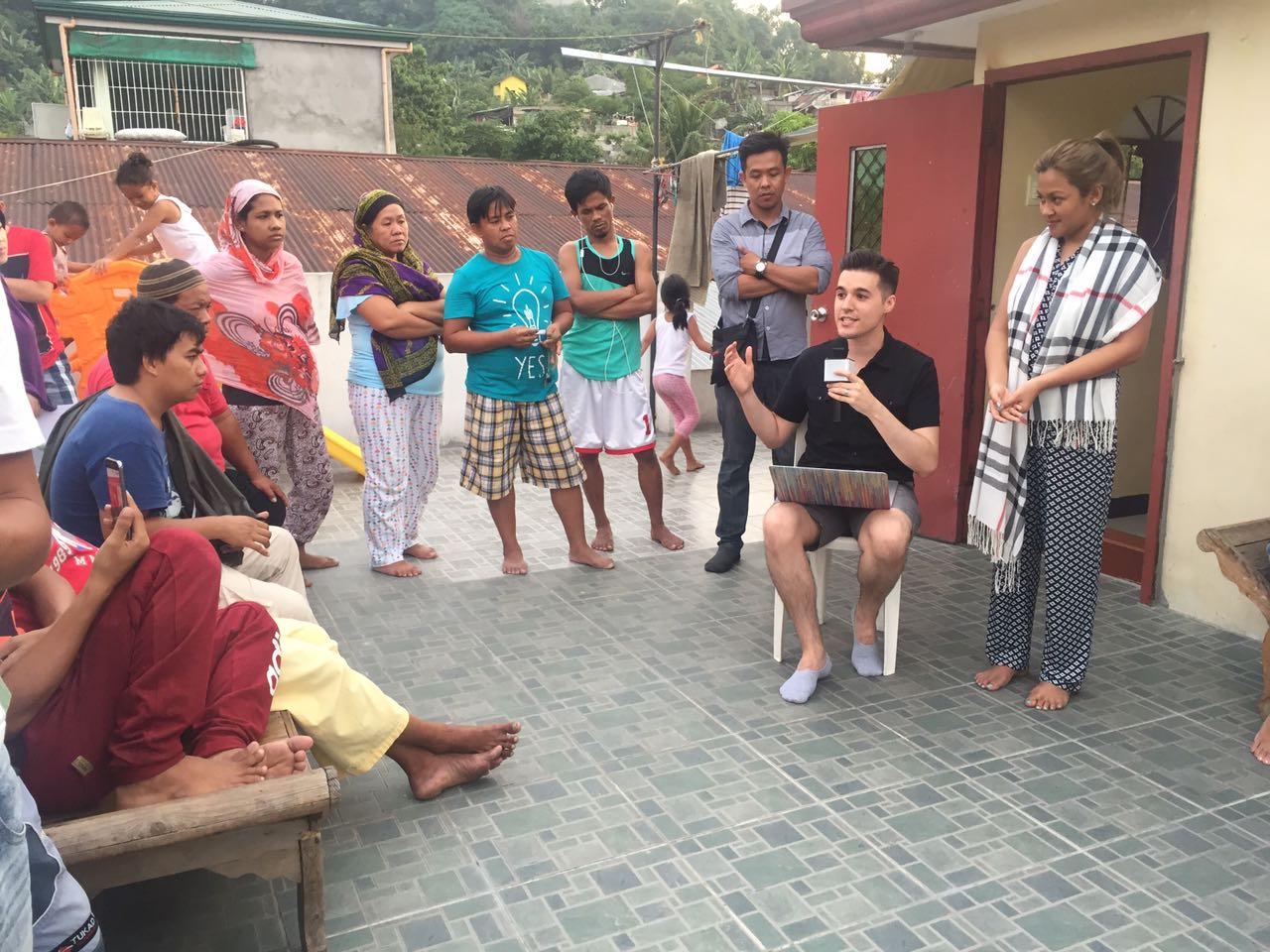 On the roof of a mosque in the Philippines, David Webber, assistant professor of homeland security and emergency preparedness and assistant program chair, explains his research to survey participants.

We sat down with David Webber, an assistant professor and assistant chair of homeland security and emergency preparedness at the Wilder School, to learn how to better understand the belief systems that radicalize individuals to join terrorist groups—along with the implications this has for the recent withdrawal of U.S. troops from Afghanistan.

Professor Webber has extensively researched the motivations of terrorist groups including German Neo-Nazis, the Liberation Tigers of Tamil Eelam in Sri Lanka and Islamist fundamentalism and extremism in the Philippines, Mali and Indonesia. At the Wilder School, he’s currently instructing Homeland Security 101 and Homeland Security and Emergency Preparedness 502: Survey of Terrorism.

Webber specializes in the psychology of radicalization and de-radicalization of terrorism. Radicalization often lies on a spectrum and Webber’s research has identified three universal variables that apply regardless of geography and culture: need, narrative and network. Need refers to an individual’s desire for importance or significance in their life; narrative identifies possible ways through which significance can be attained (like using violence toward achieving political change); network includes the social conditioning and validation that comes from peer groups.

“People often join terrorist organizations or endorse violent extremism because they see it as a way to feel significant or important -- to feel like it'll make their lives matter in some way,” said Webber. “And so this often drives people there, but then we also recognize that there are many different avenues that a person can take to make them feel important and significant. Embeddedness within a specific social network or exposure to extremist narratives determines if a person chooses violent or nonviolent options.” 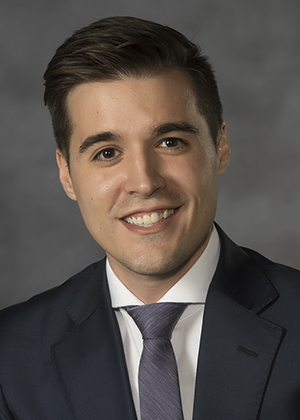 their lives matter in some way,” said Webber. “And so this often drives people there, but then we also recognize that there are many different avenues that a person can take to make them feel important and significant. Embeddedness within a specific social network or exposure to extremist narratives determines if a person chooses violent or nonviolent options.”

Just as these psychological components can lead toward participation in violent groups, replacing the need, narrative and network with positive factors can help de-radicalize individuals and help them recover from terrorism, in a sense. Deradicalization doesn’t receive nearly as much attention or resources as terrorism prevention, especially in the United States—something Webber seeks to help change.

“In my classes on terrorism, I put a lot of emphasis on domestic terrorism and a lot of those issues, because I think those are the careers our students are going to be going into is dealing with these issues,” said Webber.

“In the United States, the average prison sentence for somebody convicted of terrorism charges is roughly 13 and a half years,” Webber said. “At some point, these prisoners will be released into society. If we want to reduce that threat even more, we want to make sure that once they're released from prison, they're no longer interested in carrying out violence.”

Surveys are Webber’s primary tool, and he conducts research on populations that are at risk of participating in terrorism as well as actual terrorist members, often incarcerated individuals or those who wish to leave the group they are part of.

In the Philippines for example, he surveyed Muslim populations, that as a minority, could be predisposed to feel threatened, humiliated and insignificant—all factors that could lead to an avenue of violent extremism. In Germany, he used his connections with a colleague working within the de-radicalization, or disengagement scene, to interview former Neo-Nazis.

Most recently, Webber and his colleagues researched Syrian refugees living in Lebanon, Jordan, Turkey and Iraq. His team designed surveys to explore to what extent these refugees endorsed violent, extremist Islamist beliefs, their interest in relocating to western countries and the relationships between these variables.

Webber’s surveying reveals that the popular narrative that emigrating refugees bring violence and terrorism with them to other countries is largely unfounded. Most of the refugees surveyed were more interested in returning home and those who wished to travel to Western countries were less politically and ideologically extreme in their beliefs.

“Past research has actually shown that when there is an influx of refugees to a new country, there is violence, but it's primarily violence against refugees as opposed to violence perpetrated by refugees,” Webber said.

However, continued violence against refugees can actually lead to a dangerous cycle that can radicalize their beliefs and lead to extremism. So while the targeted refugees did not come to a country with violence in mind, repeated domestic hostility can trigger such behaviors.

With the U.S. withdrawal from Afghanistan, a new power vacuum may create an unstable environment ripe for increased terrorism. Even as the Taliban gains control of the country, it faces competition and struggles for power with other extremist groups, like ISIS-K, which claimed responsibility for the airport bombings in Kabul. The abrupt removal of U.S. troops might lead to more extremism in the region, emboldening other groups, according to Webber.

“The Taliban can present the current situation as them successfully removing the United States, achieving freedom after 20 years of fighting, and the plan to implement a religious government,” said Webber. “If you are somebody in the region who is like-minded and wants to live in a society without Western influence, that is run by Islamic law, you might see that as a success. And you might see that as a demonstration that this type of government is actually possible.”

This perceived victory has the potential to also inspire new terrorist activity from within the United States. Individuals who aren’t necessarily part of a terrorist organization like ISIS or Al-Qaeda may be encouraged by the situation in Afghanistan and subsequently, launch their own attacks domestically.

Based on his refugee research, Webber can also envision a refugee crisis in Afghanistan, especially if the Taliban reinstates its suppressive regime against women and progressives. In this situation, Afghanistan refugees would leave the country out of fear, only to be met with hostility by neighboring countries due to resource constraints and cultural differences.

He sees the situation in Afghanistan as important for his students to be aware of and learn from, especially considering the ways in which our society gathers information.

“We all have some understanding of what terrorism is because we're exposed to it and we see it on the news,” said Webber. “But these portrayals are not always valid. And they're often very highly politicized. And so the view that we take our understanding of terrorism may be very skewed.”

Webber feels fortunate to be part of the Wilder School at VCU because terrorism is a phenomenon that transcends academic disciplines. His background is in psychology, so he takes what he’s learned about social psychology and motivation and applies it to terrorism.

“In the HSEP program, we have faculty with backgrounds in criminal justice, public administration, emergency management, and political science, to name a few,” Webber said. “And so what you get is people who bring a different lens towards understanding homeland security topics, and because they are such important issues, the best way to understand them is to come from different directions. And that's something that we are able to do here in the Wilder School.”