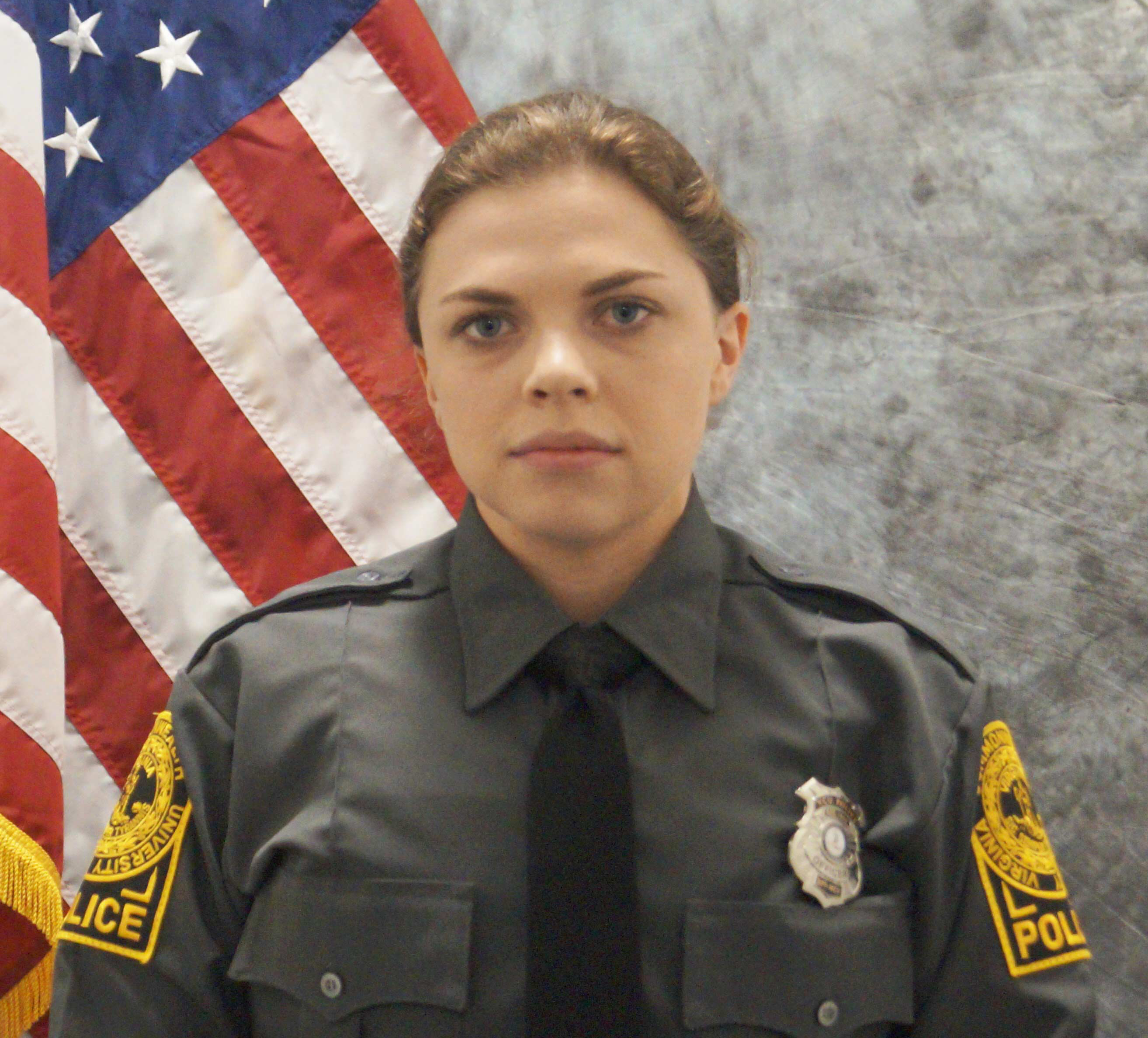 Bowen grew up in Charlottesville, Va., where she started volunteering with fire and EMS before making her way to Virginia Commonwealth University in 2014.

“I thought I wanted to go to nursing school, so I decided I would go to VCU,” said Bowen. “Towards the beginning of sophomore year, I took the intro to criminal justice class at the Wilder School and I really, really liked it. I ended up switching my major over to criminal justice.”

Bowen credits the Wilder School for facilitating many connections and partnerships with community organizations, along with giving her some field experience prior to joining the VCU Police Department.

“I remember a service-learning class where I ended up having to complete a set amount of volunteer hours,” said Bowen. “I volunteered with OAR of Richmond (Opportunity. Alliance. Reentry.), a re-entry organization that helps people find jobs after incarceration. I thought that was super interesting and it was nice being able to do that for a while and learn from them.”

She also shared that her journey at VCU faced numerous unforeseen personal challenges that changed her intended educational timeline and ultimately impacted her career choices.

“I have not been a full-time student at school my whole time, so it's been a few years in the making,” said Bowen. “When I was a sophomore, I was the victim of some felonies and I had a pretty hard time and ended up not doing so well in school because of it.”

These challenges made her stronger and heightened her resolve to press on.  Bowen decided to focus more on her professional career and began working full-time at the Richmond Ambulance Authority prior to applying to VCU Police.

“I applied to VCU Police because they helped me out tremendously when I was a victim of a crime, so I ended up starting to work with them,” said Bowen.

After taking a break from school and becoming a mother, Bowen became motivated to continue her education at the Wilder School and complete her criminal justice degree. She acknowledged the support and benefits she received through VCU Police in assisting her to reach her goals.

“My two-year-old son was born in the middle of me figuring out whether I was going to finish my degree or not,” said Bowen. “He motivated me to go ahead and get the last 30 credits that I needed, even though I had been out for a couple years at that point. Also, using my benefits through VCU Police, like tuition waivers, really supported me to come back and finish up my degree.”

In addition, Bowen recognized many of her Wilder School professors for keeping her excited about learning and the criminal justice program. In particular, Assistant Professor Chernoh Wurie was an inspiring force for Bowen.

“I've had some great professors throughout the years,” said Bowen. “I've had Dr. Wurie for the past three semesters in a row. I kept finding any class that he was teaching and I signed up for it because he shared so much knowledge and it’s really nice taking different classes from the same professor.”

“I've had some great professors throughout the years,” said Bowen. “I've had Dr. Wurie for the past three semesters in a row. I kept finding any class that he was teaching and I signed up for it because he shared so much knowledge and it’s really nice taking different classes from the same professor.”

Post-graduation, Bowen plans to remain working with the VCU Police Department and serving VCU and the Richmond community. Her pride in her VCU employer is a point of distinction she sees as making all the difference.

“I am definitely planning to stay with VCU Police and grow in this role,” said Bowen. “I love the wide variety of people that I work with on a daily basis, not only my colleagues, but the staff members we’re taking care of, the students and also citizens of Richmond who are not at all affiliated with VCU. The level of customer service is a really unique aspect of VCU Police that a lot of police departments don't really put a huge emphasis on.”

Bowen will speak at the Wilder School ceremony on Saturday, Dec. 11 from 1:00 - 2:30 p.m. in Exhibit Hall C on the first floor of the Greater Richmond Convention Center. Learn more about commencement