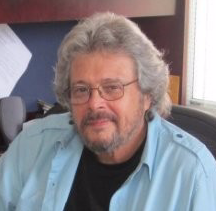 Huff is an assistant professor of Public Policy and Administration at the L. Douglas Wilder School of Government and Public Affairs at Virginia Commonwealth University, where he teaches graduate courses in public policy, administration and personnel management and chairs the Master of Public Administration program.

Richard Huff is an Associate Professor in the Master of Public Administration (MPA) Program.  He served as Chair of the MPA Program from August 2015 – August 2018.  He also served as the Director of Graduate Studies from 2010 – 2015 for the L. Douglas Wilder School of Government and Public Affairs, Virginia Commonwealth University, Richmond, Virginia.  He received his BS from the University of Arizona and MSW from Arizona State University.  Following a career with the federal government he earned a Ph.D. in Public Policy and Administration from VCU in 2007.  Most recently, he received a Certificate in Applied Psychoanalytic Theory, International Society of Applied Psychoanalysis, Montpellier, France in December 2019.

Dr. Huff served in both the US Air Force and US Army.  As a commissioned officer in the Army he worked in corrections, substance abuse and family support programs in the US and in Germany. As a member of the federal civil service he was appointed to a number of operational and executive positions primarily within US Army, Europe.  Recognition for his work includes the U.S. Army Commendation Medal, Commander's Award for Civilian Service, Superior Civilian Service Award (two awards), and Meritorious Award for Civilian Service.  He was also recognized for his role in serving on the US Army Europe Family Support Task Force during Operation Desert Shield in 1990 – 1991.

In 2012, Dr. Huff received an award for best article published in the Journal of Comparative Policy Analysis (JCPA) for 2011 (Vol. 13).  An adjudication committee of the International Comparative Policy Analysis (ICPA) Forum, including faculty from Yale University; American University; University of Sydney, Australia; Bocconi University, Milan, Italy; and Baruch College, CUNY selected his article for this annual award.  It was presented in November 2012 at the 4th ICPA-Forum Comparative Research Symposium at Erasmus University, Rotterdam, Netherlands.

Dr. Huff also served as an external member of the Management, Policy and Sustainability Component Team at the US Office of Personnel Management.   From August 2010 through 2012, he contributed to developing a plan for this federal agency to enhance internal and external collaboration, participation and transparency throughout the organization as part of the President’s Open Government initiative.  In this role he was a contributing author to A Guide to Owning Transparency: How Federal Agencies can Implement and Benefit from Transparency, Burke, W. M., Teller, M. Editors, Open Forum