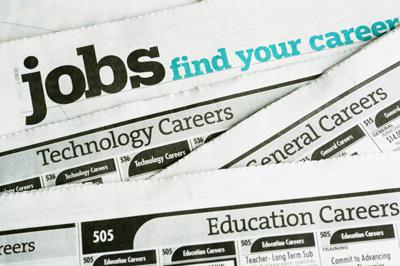 "Economic development and workforce development are important topics nationally as well as statewide, and they will certainly be at the forefront of this year's General Assembly session," said John Accordino, Ph.D., interim dean of the Wilder School. "As policymakers wrestle with these issues, it's critical that citizens' views be taken into account.”

Despite support for workforce training and development, over half of those surveyed (57%) said they were not familiar with job and career opportunities in their community. More concerning is that 80% of those with less than a high school diploma are unfamiliar with the education and training opportunities in their community. Just over 70 percent (72%) were not familiar with the state’s One-Stop Career Centers, which give Virginians access to the resources needed to search for jobs and improve their professional employment skills.

Along with training for and access to employment opportunities, the ability to attract new business to the commonwealth was also addressed. Slightly less than half (47%) of those surveyed feel Virginia does a “good” or “excellent” job at attracting new businesses to the state, with a little more than one-third (35%) of Virginians thinking the state is doing a fair job. Those with more formal education as well as living in Northern and South Central Virginia showed strongest support, as well as those with a family income of $59,000 a year or higher.

“This report hits the nail on the head—we must closely align workforce training with economic development—and I appreciate VCU and the Wilder School’s interest in learning more about how our citizenry feels about these two key issues for the commonwealth’s prosperity,” said Virginia Secretary of Commerce and Trade Todd Haymore. “The results also correlate with Governor McAuliffe’s vision and the administration’s strategic plan for workforce and economic development in Virginia, confirming that we’re on the right track in our efforts to build a new Virginia economy that continues to support workforce training and job creation efforts.”

The 2017 Public Policy Poll: Economic Development and Workforce Training, conducted by the Office of Public Policy Outreach in the Center for Public Policy at the L. Douglas Wilder School of Government and Public Affairs at Virginia Commonwealth University in Richmond, Va., obtained telephone interviews with a representative sample of 1,000 adults living in Virginia. The survey was conducted by Princeton Survey Research Associates International. The interviews were administered from December 1 to 20, 2016. Statistical results are weighted to correct known demographic discrepancies. The margin of sampling error for the complete set of weighted data is ±4.1 percentage points.

For assistance accessing information related to this report, please contact the Wilder School at wilderschool@vcu.edu