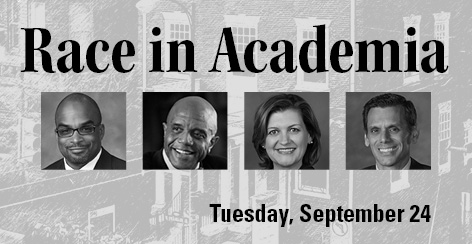 The 2019 Wilder Symposium will explore "Race in Academia" and will feature the presidents of Virginia State University, the University of Richmond, Reynolds College and Virginia Commonwealth University.

In a year when the nation’s attention is drawn to the commemoration of the arrival of first Africans in this country, the VCU L. Douglas Wilder School of Government and Public Affairs is hosting a symposium to examine the role of post-secondary educational institutions in combating structural racism and explore the institutional practices that work to either reinforce or mitigate racial inequity. Organized by L. Douglas Wilder, 66th Governor of Virginia and a distinguished professor at the school that bears his name, the 2019 Wilder Symposium will feature presidents of Virginia State University, the University of Richmond, Reynolds Community College and Virginia Commonwealth University. The event will be held on Sept. 24 from 3-5 p.m. on the VCU campus at the W.E. Singleton Center for the Performing Arts, 922 Park Ave. It will be followed by a reception. Both the symposium and reception are free and open to the public.

"At a time when some are celebrating the 400th year anniversary of the first bringing of Africans to these shores, others are questioning the lack of addressing racism in America. We will be focusing squarely on race rather than a broader discussion of diversity within academia, with the understanding that more people need to be made aware and committed to resolving those issues, meaningfully and directly,” said Wilder.

"Race in Academia” will explore racial disparities in higher education, where minorities make up a small portion of the professors, presidents, and selective-college enrollments. According to the National Center for Education Statistics, 81 percent of full professors at U.S. colleges and universities were white compared with just 4 percent of African-Americans and 3 percent of Hispanics in 2016, the most recent period for which these figures are available. Native Americans/Alaskans accounted for less than 1 percent of full professors. The American Council on Education reports that the numbers were slightly better among traditionally underrepresented minorities who were college presidents in the same period: about 8 percent were black, 4 percent were Hispanic and 1 percent were Native Americans/Alaskans. At 5 percent, women of color made up the lowest proportion of college presidents within the same period.