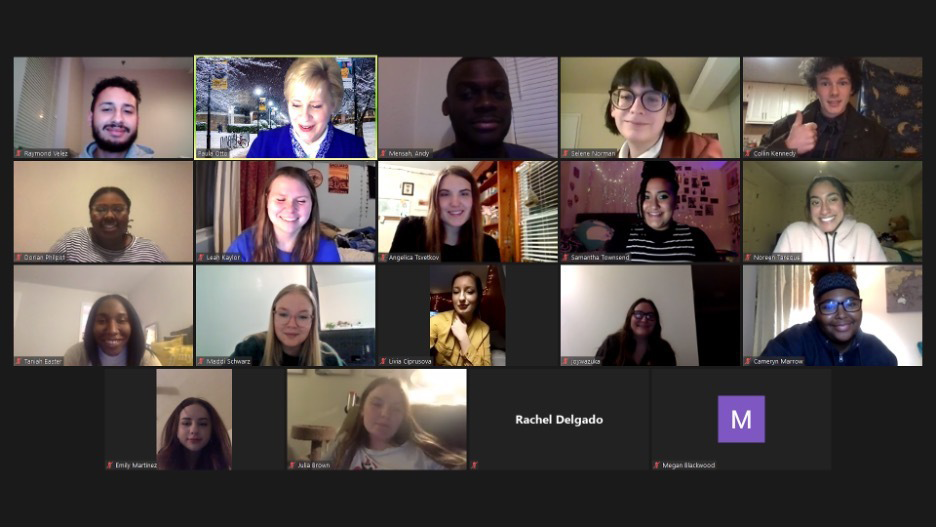 Interns at the Virginia State Capitol this legislative session are doing most of their work virtually. It’s still “a very cool experience,” they said.

Cameryn Marrow has never set foot in the Virginia General Assembly, but on Tuesdays and Thursdays the Virginia Commonwealth University junior may represent state delegate Alex Askew (D-Virginia Beach) at certain committee meetings when he has another commitment during the 2021 legislative session.

Marrow, a political science major in the College of Humanities and Sciences, has had a chance to step into the political realm from her Henrico County home as part of the Virginia Capitol Semester internship program, offered every spring through the L. Douglas Wilder School of Government and Public Affairs. However, the program is virtual this year because of the COVID-19 pandemic. The House of Delegates sessions are also virtual. The state Senate sessions are in person at the Science Museum of Virginia but most committees and other meetings are virtual.

Marrow, who also works full time at Capital One, takes notes at these meetings and then reports back to her supervisor, Askew’s legislative assistant.

“Cameron is very intelligent with policy and in the political field. That's something that our office really appreciates,” said Logan Kapil, Marrow’s supervisor. For interns at the General Assembly, Kapil said, “there's really no day that's the same, depending on what has to be done. I would say the tasks that are consistent on a daily basis, whether it's in person or working virtually, is handling a lot of our constituent communication. We try to get them really involved and basically learn as much as possible.”

Even in the virtual setting, Marrow enjoys the camaraderie and close communication of Askew’s legislative team.

“I'm an African American woman, so social justice and environmental issues are very important to me. So when I found out who my delegate was [for my internship], I looked him up and he pretty much aligns with just about everything that I would say that I advocate for and that I believe in,” said Marrow. “He's also a Black man. I thought that was really great to be able to work with someone who leads the team as a person of color in the political realm, because that's not something that's always been common. And so I was very fortunate and very lucky to be able to work [with] him and see what it's like being a Black person in that type of space.”