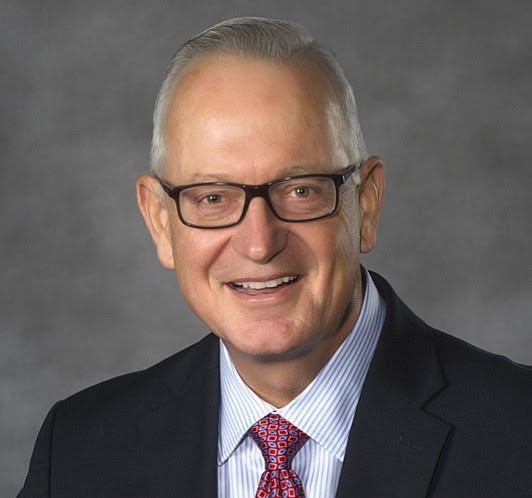 2022 saw a stir-up that defied expectations for the Nov. elections. “There was a general sense that the Republicans should do pretty well in these Congressional elections,” Holsworth said. He pointed to three factors: history, low presidential approval ratings and economic concern.

Historically, when a president has his first midterm after being elected, the opposing party takes an average of 28 seats in the House, and 4 seats in the Senate, he shared. President Biden’s approval rating in the low-40% range also seemed a boon for Republicans. Finally, with inflation reaching a 40-year high, concerns about a dour economic outlook presupposed a red wave. The sense among most analysts was that Republicans were likely to take the Senate and develop a large majority in the house.

“The Republicans essentially wanted to make the race a referendum on President Biden and the Democrats decided that ultimately their strategy was to make the election into a choice on what they believed were some key ideological issues,” said Holsworth. “(Democrats) thought the Republican party had become too extreme — a ‘MAGA’ Republican party — and the Democrats certainly benefited from the Dobbs decision in the early summer when the Supreme Court eliminated, Roe V. Wade.”

“It's going to be an interesting time in Virginia and across the country. In any case it will be a great year, and it'll keep pundits like me working.” – Bob Holsworth

The result of this trifecta was that the Democrats gained a majority of one seat (with the vice president making a tie-breaking vote). Republicans gained nine seats in the House, but this by no means gives the Republicans a majority," Holsworth added.

The unexpected outcomes of 2022 have shaken up strategies for 2024. Positions on inflation, the debt ceiling, education reform and ideological values will shape the next presidential election. With Biden withholding a decision to run, Republicans and Democrats are in a holding position when it comes to candidates.

Despite the uncertainty, Holsworth doesn’t see any shifts toward partisanship going forward. “If Washington politics was pretty toxic beforehand, it's unlikely to see any improvement whatsoever,” he said.

He also discussed Governor Youngkin’s prospects for a presidential run. Holsworth sees him as a unique candidate as an outsider to politics. As a newcomer, his perspectives on education, parental rights, mental health and workforce development appeal strongly to the national Republican party.

Looking forward to the 2024 elections in the commonwealth, Holsworth sees that, most of those key elections are going to be either in Richmond or Hampton Roads. Northern Virginia remains a place where Democrats have a stronghold.

He then fielded questions from the audience on future Senate candidates in Virginia, additional implications for redistricting, potential presidential candidates and a growing ideological divide and trends of distrust about election legitimacy.

Bob Holsworth is one of the leading political analysts in Virginia. He is the regular political analyst for WTVR CBS6 in Richmond, and his commentary on Virginia and national politics have appeared in The Wall Street Journal, The New York Times, The Washington Post and newspapers throughout the nation. He has appeared on most major American TV networks as well as the BBC and Fuji Television. He was named one of the 100 Influentials in Virginia Politics by Campaigns and Elections magazine.

Holsworth is the founding director of the Center for Public Policy and dean of the Wilder School of Government and Public Affairs. He received VCU’s Outstanding Teacher Award and the State Council of Higher Education of Virginia’s Outstanding Faculty Award. He is a managing principal in DecideSmart, a firm that provides analysis and planning assistance to agencies, local governments, nonprofits and private sector companies with governmental interests.