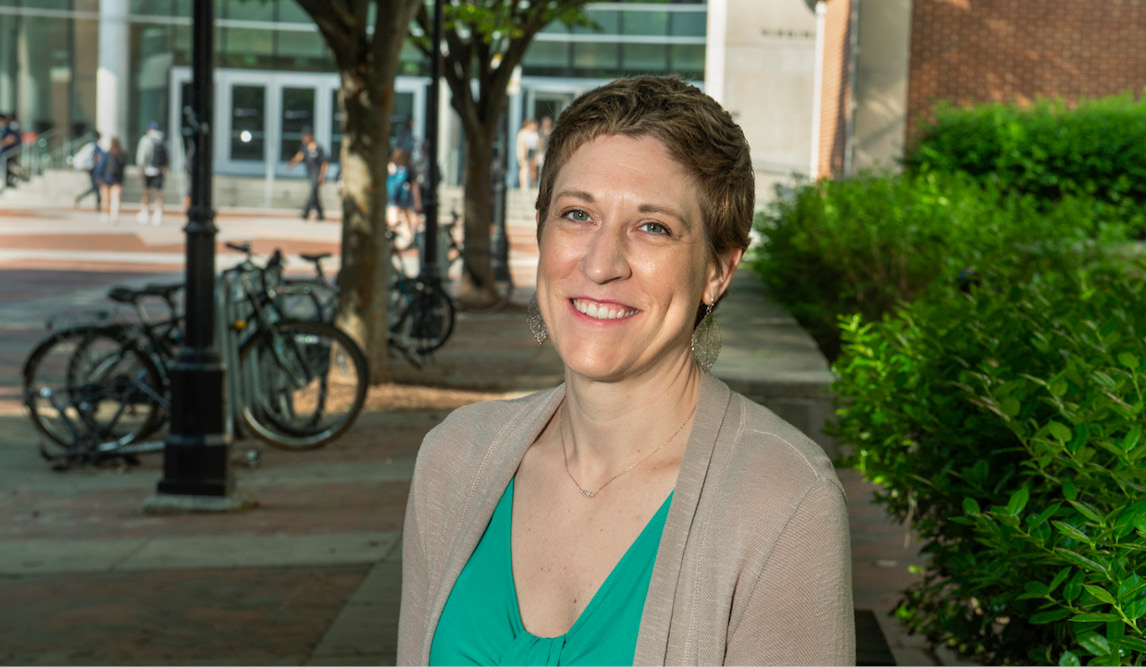 Many people cite location as a major reason they choose to study at Virginia Commonwealth University. Jennifer Tillett is one of them. But it’s not the urban setting, historic significance or proximity to Washington, beaches and mountains that attracted her.

Rather, she wanted to find out what happened to Richmond.

“Growing up on the south side in Midlothian, you didn't come to Richmond,” Tillett said. “It wasn't really a place to hang out. There wasn't necessarily a ton to do. It wasn't super safe in many areas. So nobody really came here.”

It should come as no surprise that VCU was not among Tillett’s choices for college. Instead, she studied international affairs with an emphasis on security at the University of Georgia. Upon graduation in 2006, she was commissioned into the military.

“I left [Richmond] for many years,” she said. “I was gone from the age of 18 until almost 30. And I came back when my final job in the military brought me back here to Richmond. I noticed that Richmond had done a 180. It was now this great place to hang out and there were restaurants and breweries and bars and all sorts of outdoor activities and festivals. There were so many things to do in the city.

“I realized that the city had become somewhere that I wanted to be and wanted to hang out. I was spending all of my time here. … And I wanted to know why.”

Armed with a newfound passion for the city and a fascination with its development, Tillett decided to study urban planning. She wanted to understand what it takes to develop a city in a controlled manner, and understand how to address some of the issues that plague urban settings, such as Richmond. This time, the obvious place to earn her degree was VCU.

This week, Tillett will receive her master’s degree in urban and regional planning from the L. Douglas Wilder School of Government and Public Affairs. From there, she is entering the private sector, working at a consulting firm that deals with wireless infrastructure, Network Building + Consulting.

“I noticed that Richmond had done a 180. It was now this great place to hang out and there were restaurants and breweries and bars and all sorts of outdoor activities and festivals. There were so many things to do in the city. I realized that the city had become somewhere that I wanted to be and wanted to hang out. I was spending all of my time here. … And I wanted to know why.”

Between degrees, Tillett’s 10-year stint in the U.S. Army had her living all over the world. Initially, she applied for an ROTC scholarship to receive money for college. The Army would pay for college and she would serve a couple of years. But then being part of the military became much more meaningful, she said. She knew once she finished her degree, she would enter the military in a time of war.

While in the Army, she was deployed to Iraq for 15 months and to Kuwait for nine. Yet being in the middle of a war zone was not the biggest challenge she’s had to face. Last summer, Tillett was diagnosed with stage 2 breast cancer. Between July and November, she juggled chemotherapy with a full-time job and a full course load. She also endured five surgeries, with a sixth on the horizon.

“Chemo was an adventure to say the least,” she said.

Tillett credits the Wilder School, from students to faculty, for supporting her during the difficult second year of grad school. When Tillett was accepted into the program in 2017, she said she could not imagine what the next couple of years would bring, or the community she would find.

“I would say that Dr. Meghan Gough probably had the largest impact on me, of any of the professors,” Tillett said. “Of course, I adore our entire faculty, [But] I've spent a lot of time with her. I had a really challenging second year in grad school. And, she just kind of walked with me through that. She means more to me than just professionally, you know, like on a personal level. She's been there through a lot.”

Gough, Ph.D., an associate professor of Urban and Regional Studies and Planning, said she will never forget receiving that first call from Tillett letting her know that the mass was cancerous and treatment would start almost immediately.

“Even in that first conversation,” she said, “as we processed through the shock, Jen was determined to continue her full course load and her job at the Red Cross through her chemotherapy treatments.”

Gough was so awed by Tillett’s strength and determination that she nominated Tillett as the school’s graduation speaker to share her story of perseverance. She said Tillett’s story can help others know they are not alone and build a culture of support.

“I've been very humbled,” Tillett said, “and I'm incredibly grateful for the Wilder School. They'll always have a very special place in my heart. … I've really enjoyed being a part of it and being able to give back where I can.”