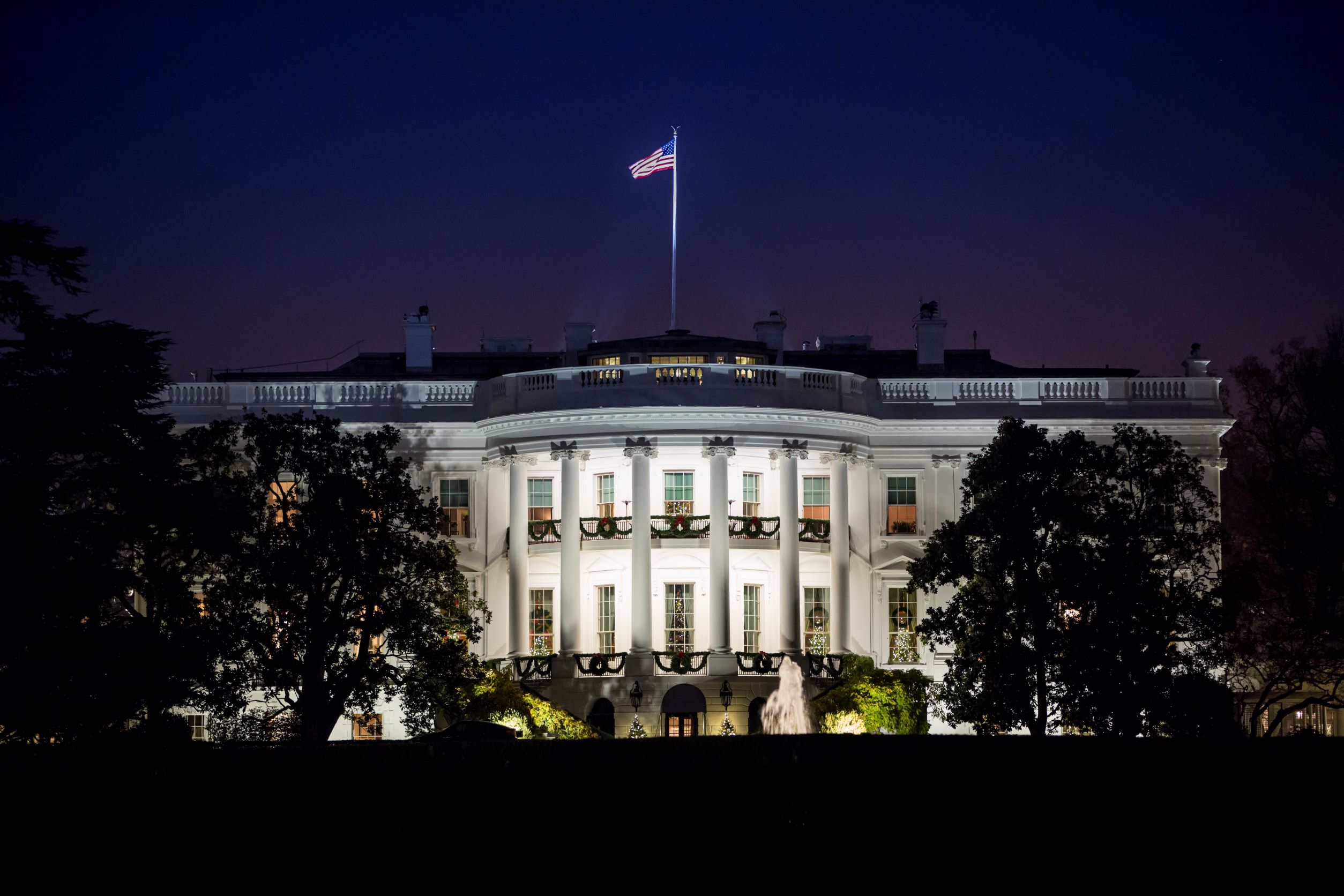 The Commonwealth Poll featured landline and mobile telephone interviews from June 30 through July 9, 2022, with a representative sample of 813 adult Virginia residents.

Biden approval at only 39%, while half of respondents say Virginia’s abortion laws are reasonable.

RICHMOND, Va. (July 28, 2022) – A new Commonwealth Poll by the L. Douglas Wilder School of Government and Public Affairs at Virginia Commonwealth University shows respondents are unsupportive of the job President Joseph Biden is doing as president. This data follows national trends that show similar approval levels toward the president. Among party lines, Biden is popular among Democrats (78.8% approval) and unpopular among Republicans (91.8% disapproval), with only 35.2% of those identifying as Independents approving of how Biden is handling the job.

On the issue of abortion, half of respondents believe Virginia’s abortion laws are reasonable and should not be altered – another 18% believe the laws are too restrictive, while 25% believe they are too lenient. Currently, Virginia allows abortion in the first and second trimesters with third-trimester abortions allowed in certain limited circumstances.

“The issues — the pandemic, increasing cost of living, gasoline prices and pervasive crime — are best measured by the most affected areas: the people,” said L. Douglas Wilder, who served as the 66th governor of Virginia. “The lack of support for this administration demonstrates that they are missing the mark.”

With respect to the handling of the United States’ response to the Russian invasion of Ukraine, 46% of respondents support the way the U.S. has handled the invasion while 42% oppose. Those 34 years and younger oppose the response (49.8%) and those 55 and older support the response (56.3%).

On the issue of guns, 43% support tightening restrictions while 40% believe there needs to be an increased focus on providing mental health services to help prevent mass shootings.

The poll featured landline and mobile telephone interviews from June 30-July 9, 2022, with a representative sample of 813 adults living in Virginia. It has a margin of error of 5.81%. 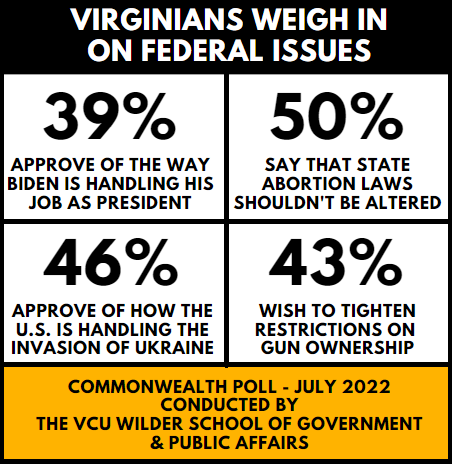 On the international political front, respondents were also asked whether they support or oppose how the U.S. has handled Russia’s invasion of Ukraine. Virginians were close to evenly split in support and opposition with 46% supporting and 42% opposing. Despite this, support is sharply divided by political party — the majority of Democrats support how the invasion has been handled (71%) while just 30% of Republicans and 42% of Independents signaled support.

Finally, poll respondents were asked about their opinion on how to effectively respond to mass shootings in the U.S. with two options: 1) an increased focus on providing mental health services to those most in need or 2) to tighten restrictions on who can purchase and who can own a gun.

“It is interesting to see Black respondents favoring the gun control option in addressing mass shootings in the U.S. while white respondents are split between a mental health response and a gun control response.” - Gov. L. Douglas Wilder

For the full poll results and analysis, visit oppo.vcu.edu/policy-poll.

Ranked No. 35 among 275 graduate schools of public affairs by U.S. News and World Report and No. 29 in Public Management & Leadership, the L. Douglas Wilder School of Government and Public Affairs at Virginia Commonwealth University advances excellence in governance and promotes evidence-based public policy in Virginia and beyond. The school offers an array of graduate, post-baccalaureate and doctoral programs in virtually every policy area including criminal justice, homeland security and emergency preparedness, public administration, public policy and administration, and urban and regional studies and planning. Additionally, the Wilder School is home to the robust Centers and Institutes for Public Policy that provide applied research in the areas of state and local government, social equity, and leadership and a range of services to clients in state and local government, nonprofit organizations, businesses and the general public. Learn more at wilder.vcu.edu.

For nearly three decades, the VCU Wilder School Commonwealth Poll within the Office of Outreach and Research has been an important bellwether for policymakers in Virginia and beyond on a range of topics, including voting intentions, economic and workforce development, education, housing, public health, public safety and racial equity. The Commonwealth Poll was a featured 2020 Presidential Election Poll by CNN, approved based on a rigorous review of methodologies and assumptions that ensure that CNN-cited polling entities are employing the gold standard in public opinion research.