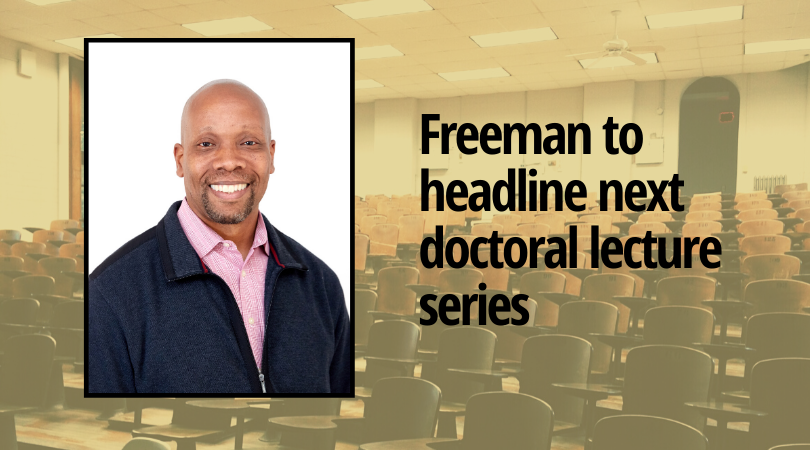 The next installment of the Wilder School Doctoral Lecture Series in Public Policy will take place on Monday, February 10. The event will feature Lance Freeman, Ph.D., a professor in the Urban Planning Program and the Director of the doctoral program in Urban Planning at Columbia University in New York City.

The next lecture in the Wilder School Doctoral Lecture Series in Public Policy will feature Lance Freeman, Ph.D., a professor in the Urban Planning Program and the Director of the doctoral program in Urban Planning at Columbia University in New York City.

The lecture series gives doctoral students the opportunity to learn from and engage with leading scholars in a variety of fields related to public policy. Lance is the third of four speakers who were scheduled to visit campus during the 2019-20 academic year, two in each semester. The lecture series is geared to graduate students, faculty and alumni of our Ph.D. program, and it is open to public.

At Columbia University, Freeman’s research focuses on affordable housing, gentrification, ethnic and racial stratification in housing markets, and the relationship between the built environment and well-being.  Freeman teaches courses on community development, housing policy and research methods.   He has also taught in the School of Urban Affairs and Public Policy at the University of Delaware.

Dr. Freeman has published several articles in refereed journals on issues related to neighborhood change, urban poverty, housing policy, urban sprawl, the relationship between the built environment and public health and residential segregation. Freeman is the author of the book There Goes the Hood: Views of Gentrification from the Ground Up by Temple University Press and his talk will explore his book, A Haven and a Hell: The Ghetto in Black America by Columbia University Press.

Freeman also obtained extensive experience working with community development groups while working as a Community Development coordinator for the North Carolina Institute of Minority Economic Development and as a Research Associate at the Center for Urban and Regional Studies in Chapel Hill, North Carolina.  Freeman also has professional experience working as a City Planner for the New York City Housing Authority, and as a budget analyst for the New York City Department of Environmental Protection.

Prior to this, Freeman worked as a researcher at Mathematica Policy Research, a leading social policy research firm in Washington D.C.  Freeman holds a Master’s degree and a Ph.D. in City and Regional Planning from the University of North Carolina at Chapel Hill.

The final date and speaker for the 2019-20 Wilder School Doctoral Lecture Series in Public Policy is scheduled as follows: