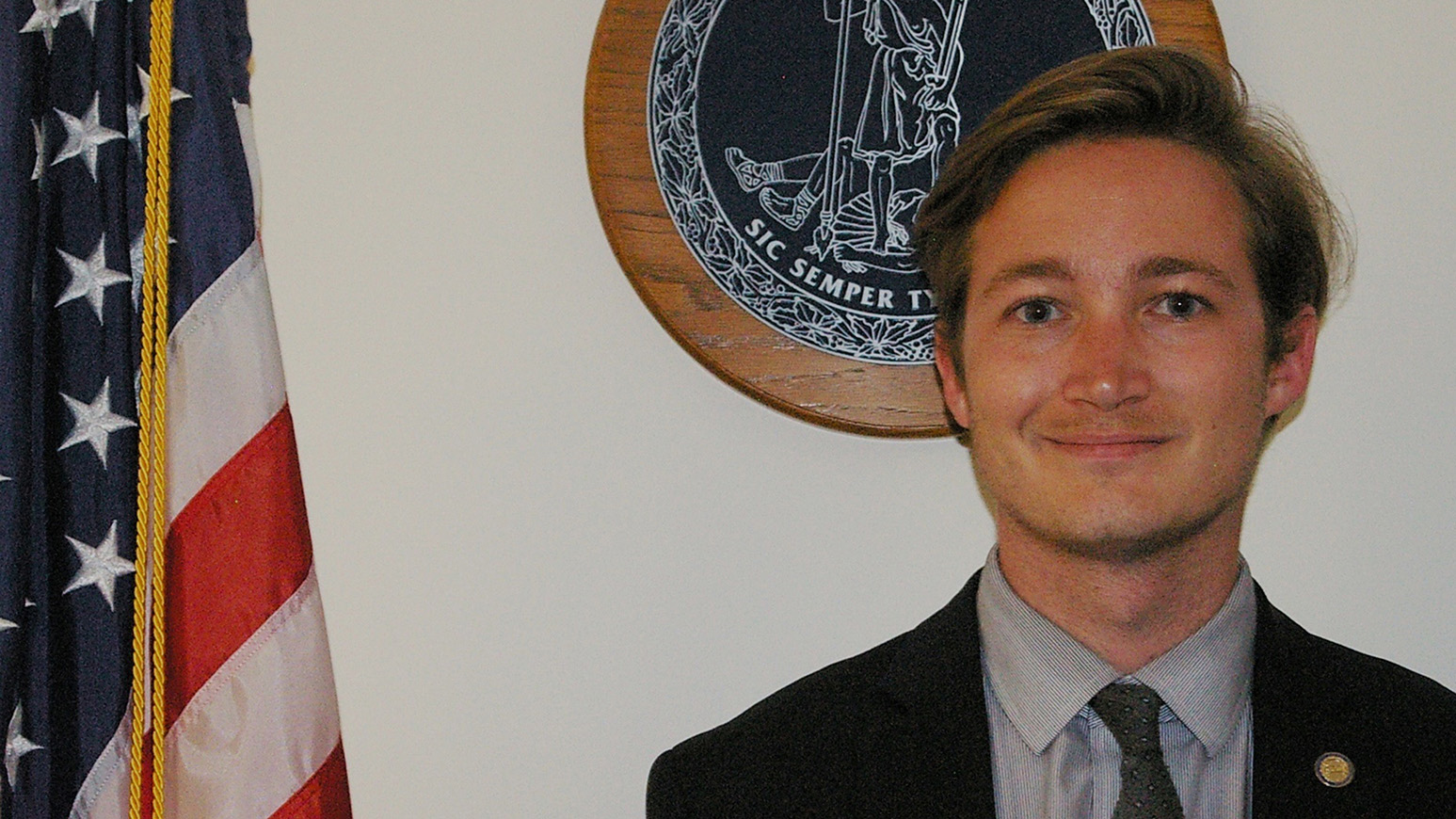 Someday Eric Barton (H&S ‘13) hopes to be your representative. But first, the second-year Master in Public Administration student faces nine more months of­­ graduate school and all the years of hard work and sacrifice it will take to get there.

Thanks to the Virginia Governor’s Fellows Program—a nonpartisan initiative for exceptional college students who wish to serve and learn under state government’s top leaders—Barton is getting a glimpse of what it might be like when he reaches the end of that long road.

Established in 1982, the program is an intense eight-week internship within the state’s executive branch for rising college seniors, recent graduates or enrolled degree candidates in a graduate or professional school. Fellows are selected through a highly competitive process and assigned to one of Virginia’s 15 cabinet-level departments, where they attend events with senior ranking public and private sector leaders and assume responsibility on important statewide and departmental initiatives.

This summer, Barton is among 30 students selected to participate in the program, which runs from June 1-July 31. He has been paired with the Finance secretariat.

It’s a good fit for Barton, a 26-year old Richmond native whose credentials include a concentration in financial management and a clerkship with the Virginia Senate. Barton’s father, Mike, was a grants administrator for the Department of Planning and Budget for many years.

“I grew up with a lot of exposure to the state budgeting process, so I’ve always known that money is the key to making any kind of policy succeed,” Barton said.

“But the Governor’s Fellowship has really reaffirmed my interest in public finance. It’s expanded my sense of how I can make an impact.”

For the past four weeks, Barton has been hard at work—conducting research, analyzing policy and identifying resources—to help Virginia establish an early warning system for monitoring local fiscal distress.

His assignment was spurred by the financial problems confronting Petersburg, which faced a budget deficit of $17 million earlier this year. The problem led Virginia lawmakers to establish a workgroup that has been tasked with studying the issue. The work group is expected to consider such criteria as a local government’s expenditure reports and budget information.

Barton had followed the financial crisis in Petersburg closely as part of his course work in a public budgeting class taught by associate professor Wenli Yan, Ph.D., last semester. He said the course, which included a lengthy group analysis of the root causes of the city’s crisis, made him uniquely prepared for the internship.

“While all states have some authority to intervene in struggling localities, the level of involvement they play in fiscally stressed communities varies,” he said.

In fact, only 21 other states make some effort to monitor the fiscal health of local governments. Of those, eight can be classified as ‘early warning’ states, meaning that they have laws defining when local governments are in fiscal distress and systems to identify signs that a locality is declining toward such a condition.

“I’m really proud to be part of a team that is developing insight that can be used to generate proactive measures to safeguard our communities in the future,” said Barton.

“That’s what the Governor’s Fellowship Program does so well. It gives students first-hand exposure to the big picture issues facing the commonwealth right now, and the access to make a difference.”