Leadership... What Do You Produce? 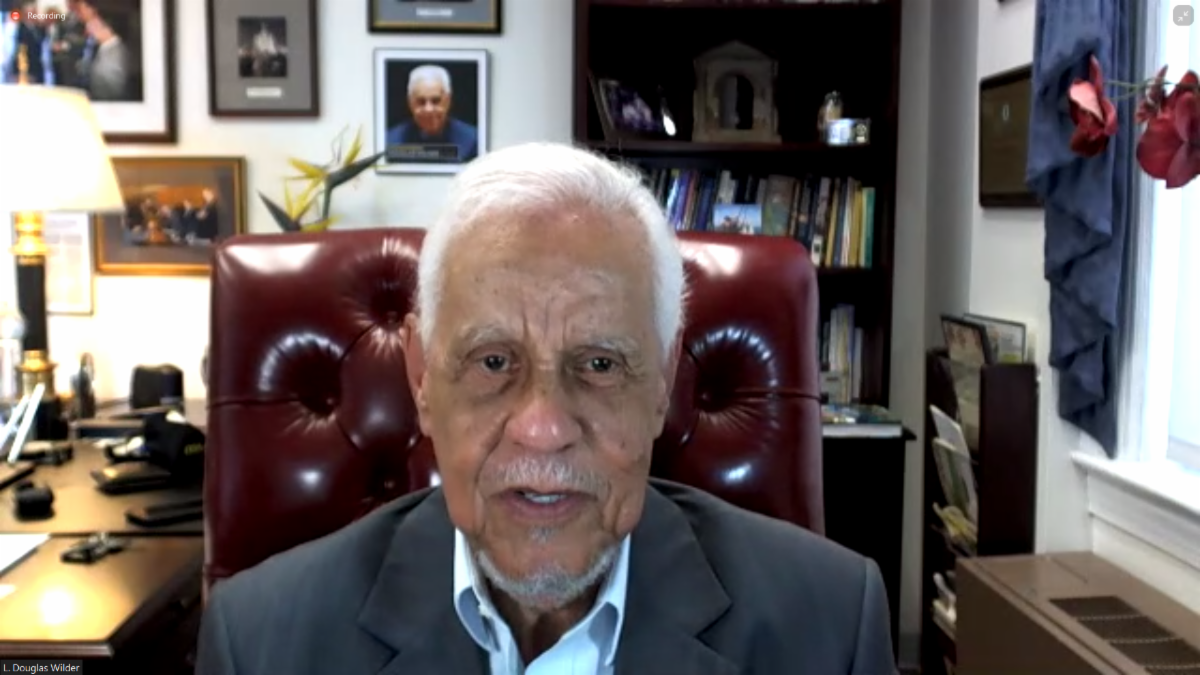 His public service career spans more than a half a century and includes many historic milestones. Most recently, he celebrated his 90th birthday and his 25th year as a faculty member at Virginia Commonwealth University.

Wilder opened the talk with memories of his service in the Korean War, a pivotal time in in his development where he was able to lead and command troops, eat side by side with white comrades, and sleep in the same quarters. While parity was possible abroad, those same liberties alluded him back home.

“I first understood what I could do as a leader when Harry Truman decided with a stroke of a pen that there will be no more discrimination in the armed services. It was not debated in the Congress or carried before the Supreme Court. He did it. The man from Independence, Missouri who had been accused of being anti-civil rights. He didn’t do it to be recognized; in fact, he knew he’d be criticized...but he persevered,” said Wilder.

Wilder became the first African American to be elected governor in the U.S., leading the Commonwealth of Virginia from 1990 to 1994.

“As the new Governor, I’d go to the various state agencies or interview different directors or heads of the Departments. I would look past their titles and ask them, ‘what do you produce?’ If you did not come into work tomorrow, what would we miss? A title is not what you produce…In today’s world that question should be asked even more.”

During his tenure as governor, he was commended for his sound fiscal management and for balancing the state budget during the worst economic recession since the Great Depression. He also established one of the earliest constitutionally protected state reserve funds in the country, the Rainy Day Fund.

“I was told I would be given $35 million surplus, but it ended up being a $2.5 billion shortfall, so I said we were not going to spend anymore. We would spend on necessities and not niceties,” said Wilder. “I wanted to curtail the budget so that other governors would never have to go through this and so that Virginia would never go broke. That’s one of the things that I am most proud of…”

He said that one should not be afraid of criticism, especially when action needs to be taken to do what is right.

“Don’t be afraid of criticism. When a thing is right, the time is always right, so if this is wrong, then it’s right for me to say it’s wrong when…NOW. There is no timetable to advancing what’s good and what’s bad. You do it when you can do it. You say it when you can say it,” said Wilder. “I never paid much attention to criticism, but I learned to always listen to the people. I have always had the confidence of the people.”

He also discussed the importance of authenticity and never forgetting your roots.

“When I ran for any offices or any other position, I never stressed race. I never talked about it. I never considered myself a racial person,” said Wilder. “I considered myself first an American, then a Virginian and then being here in Richmond, a citizen. And this is what I would encourage people to do. Don’t have that badge of inferiority nor superiority. Be the person that you are and the individual that you are.”

Today, Governor Wilder is faculty member at the Wilder School, where he lectures and hosts symposia, including the most recent, “Race in Academia.”

“I’ve enjoyed my opportunity to be here at the school and honored to have the school named upon me. To the extent that I can continue to contribute, I want to continue to do so. I am so proud of the students that have gone on to hold such important leadership positions in government.”

View the entire discussion with Governor Wilder on our YouTube Channel.