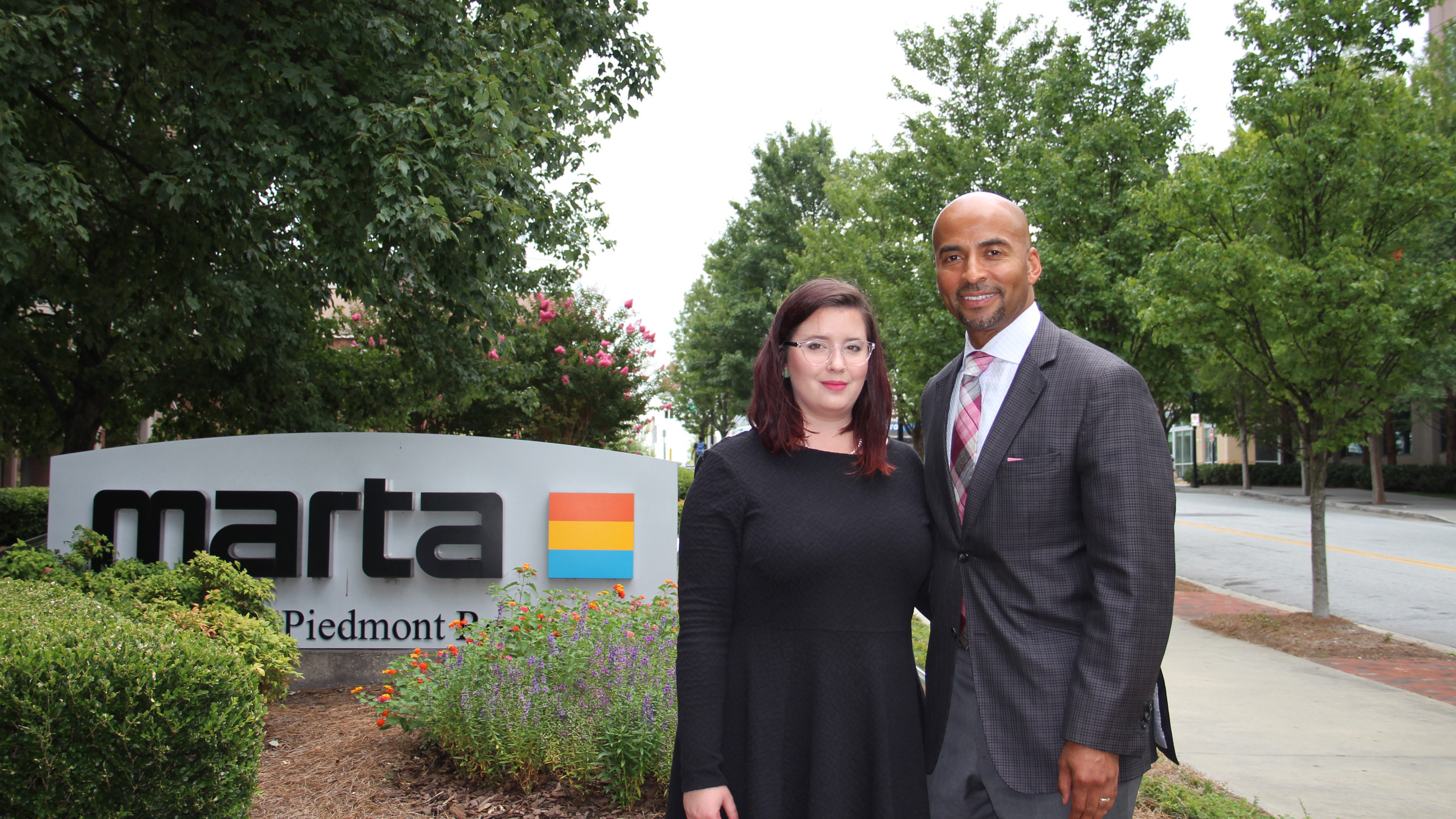 A week after Memorial Day weekend, Anna Clemens tapped her savings, haggled her way into a tenuous sublet for a “suspect” midtown apartment, and embarked on a 13-hour drive to her dream assignment in downtown Atlanta as the personal intern to the CEO of the nation’s ninth-largest transportation system.

Clemens, a first-year student in the Wilder School’s Master of Urban and Regional Planning program, had two days to apply for the first-ever Wilder School internship at the Metropolitan Atlanta Regional Transit Authority and another 10 days to secure a summer residence. It was an obstacle that her hiring manager didn’t think she could surmount. Undaunted by the hurdle of an untimely relocation, Clemens rebuffed the offer of a deferral from human resources.

“I’ll tackle housing,” Clemens recalled, smiling at the memory of the conversation.

“I may have to make a little sausage in the process,” she assured the caller, “but I’ll be there on my hire date.”

That’s because Clemens, a 22 year-old native of Stafford, Va., is as sure of her path as she is of herself. Sprightly, opinionated and fiercely idealistic, Clemens is the kind of young woman who describes planning as “a force for good…the part of politics that actually gets done.”

Knowing her calling has helped her to trust her gut and to act decisively when necessary. Like when she gave up her seat at a top-ranked planning program at the University of Minnesota to study in a community with a clear and demonstrable commitment to “confronting vital issues like racism and inequality.”

“I got into planning to address the policies and practices that perpetuate disparities and make communities stronger,” she said.

“At the Wilder School and through one-of-a-kind experiences like the internship I had at MARTA, I feel like I’ve found a way to do both.”

Clemens is the first and only Wilder School intern to be designated to MARTA’s general manager and CEO, Keith T. Parker. The internship was the brainchild of Parker, a member of the VCU Board of Visitors and M.U.R.P. alumnus, who was looking for a new way to recruit top-notch talent for entry-level positions that had been challenging to fill in the past.

So Parker reached out to Dean John Accordino, Ph.D., a planning professor who had served as a mentor to Parker while he was a student at VCU. Together, they designed a program that would provide graduate students with a unique professional experience while helping MARTA to meet its business needs. The partnership would provide a paid eight-week internship at MARTA to a maximum of two M.U.R.P students from the Wilder School and a generous housing allowance.

“The internship program is not only about helping students build technical skills, but also about giving them a head start and the connections to excel in their career. From the start, Anna impressed us with her dogged determination. It was clear that she would take advantage of the opportunity,” Parker said.

Parker was himself transformed by a $4.90-an-hour-internship that he held with the head of the Greater Richmond Transit Company as a graduate student. It was there while under the tutelage of GRTC General Manager Henry Church that he discovered a knack for managing complex systems on a shoestring budget.

Today, Parker is something of a superstar in transit having rescued MARTA from the brink of a $33 million deficit after becoming its CEO and general manager in 2012. Since then he’s been widely credited with balancing the authority’s budget, improving efficiencies, advancing bus and rail service, enhancing ridership and the overall customer experience. In 2016, Parker was appointed to the National Infrastructure Advisory Council by President Barack Obama. He was named one of eight Public Officials of the Year by Governing Magazine that same year.

For Clemens, who applied for several transit internships including GRTC before being accepted at MARTA, the opportunity to learn from Parker at one of the largest metropolitan transit systems in the country made the internship “a clear career-making opportunity.”

On the job training

As Parker’s intern, Clemens spent the better part of eight weeks doing one of three things: interviewing members of Parker’s executive team, rotating duties within key departments, and considering ways to improve MARTA’s operations and services. She is currently compiling a report that will summarize these findings.

If it sounds at all prosaic, you’ve got the wrong impression.

Clemens said she completed her fair share of budget analysis and report-writing over the course of 37.5-hour weeks, but said there was nothing commonplace about the access she had to Parker’s C-suite.

“It was an incredible privilege to be able to meet with every executive and assistant general manager within the organization. What I discovered was that people enjoy talking about their work and were open and generous in their responses.”

When she wasn’t interviewing staff she did a little bit of everything else—from meeting with the authority’s 11-member oversight committee, to conducting a 12-hour ride-along with Wanda Dunham, MARTA’s police chief. Other highlights of the experience included attending a state-of-the-art presentation from the creative director of New York’s transit authority and a rare look behind the scenes of Atlanta’s emergency operations command center during the nation’s largest 5K road race.

“It’s a simple message but it’s a statement that means everything there. You can feel it in the urgency and the dedication of the staff—from the bus drivers to the budget analysts. Transit connects people to the jobs that individuals and their families depend on.”

That mission was fundamental to Clemens and the dozens of employees she interviewed.

“I can’t tell you how many people confided that they had left more lucrative careers in the private sector to do something they believed in. It was refreshing and enlightening to understand their choices.”

For Clemens, the backbone of Atlanta’s transit system was its incredibly dedicated and diverse workforce—talent she believed had been indelibly shaped by the values and priorities of MARTA’s CEO.

“Mr. Parker is a very impressive person with a deliberate and inclusive leadership style,” Clemens said.

“As a leader, he’s a very keen listener. In more than a few meetings, I noticed his approach was to encourage and elicit feedback from others. He always appears to be open, rarely pushing an agenda and is often the last person to speak. As a result, he always has the most information in the room and fosters an environment in which others feel heard.”

One of the other ways Parker expressed his leadership priorities was through his commitment to hiring women among his senior and executive staff.

Transit is a notoriously male-dominated field. According to the Institute for Women’s Policy Research, only 9 percent of transit sector jobs are held by women.

But MARTA is far from the norm. Seven of Parker’s 11 chief executives are women and a sizeable number of women serve at every level of the organization.

“It’s highly unusual,” said Clemens, who spoke to female colleagues who reported attending meetings at national planning associations in which they were one of three women out of a hundreds.

“At MARTA I saw a level of gender and racial diversity that is unique for any planning organization. Occasionally I would forget the reality of the outside world until I left the building. At networking events for Atlanta’s regional planning commission, I’d be jolted back to Earth by an overwhelming assembly of white males. If there were women or minorities present, they were often from MARTA.”

Why is that important?

“The history of transportation infrastructure is one of lucrative projects that funnel wealth and access to people with the most connections and the best institutional knowledge,” said Clemens.

“That’s why it’s critical to have CEOs like Mr. Parker who deliberately champion the presence of women and minorities in transit. It’s one way to spread access. And, it’s one of many reasons I felt privileged to work with him.” 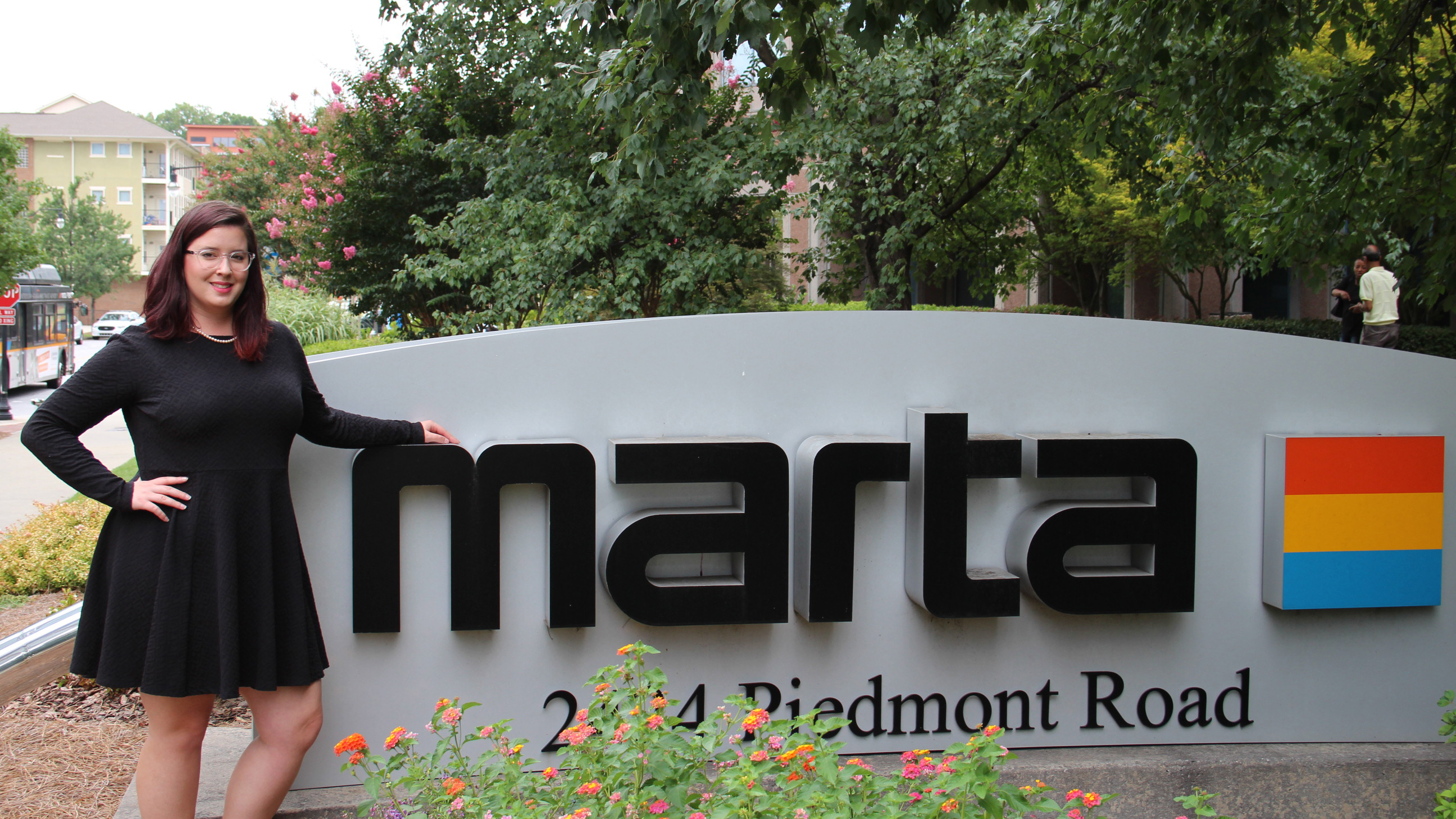