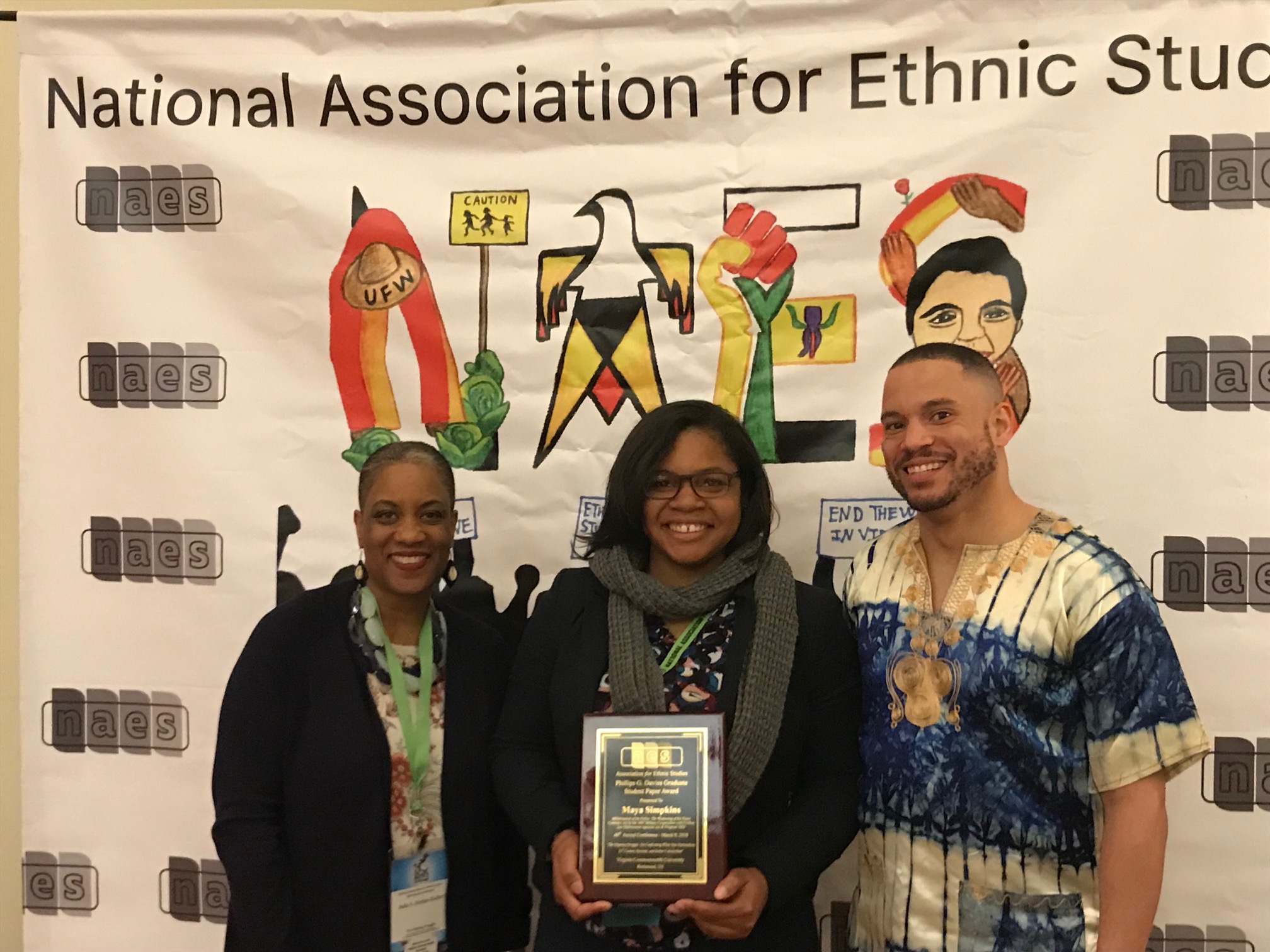 The award is given to a graduate student and conference attendee and presenter whose conference presentation and/or scholarly work are outstanding and make an impact in the field of ethnic studies.  Phillip G. Davies graduated from Marquette University in 1946 and held advanced degrees from Northwestern University. He taught in the English department at Iowa State University in Ames beginning in 1954.

“As the former president of the Association for Ethnic Studies, I can attest that we have rarely bestowed this award in recent years given the rigor the awards committee employs in an effort to ensure the potential awardee's research aptly reflects the scholarship and values of the endowed award namesake,” said Ravi K. Perry, Ph.D., chair of VCU’s Political Science Department and chair of this year’s conference.

Simpkins received her award for her  presentation, "Militarization of the Police: The Weakening of the Posse Comitatus Act by the 1981 Military Cooperation with Civilian Law Enforcement Agencies Act & Program 1033.”

“Receiving this award means a lot of things for me,” said Simpkins, a second-year M.P.A. student who graduated from VCU in 2014 with a double major in Gender, Sexuality and Women’s Studies and African American Studies.

“It feels like a step in the right direction for where I want my research to go and the ideas I want to voice. It feels great to be recognized for my work and I truly am grateful for this opportunity.”