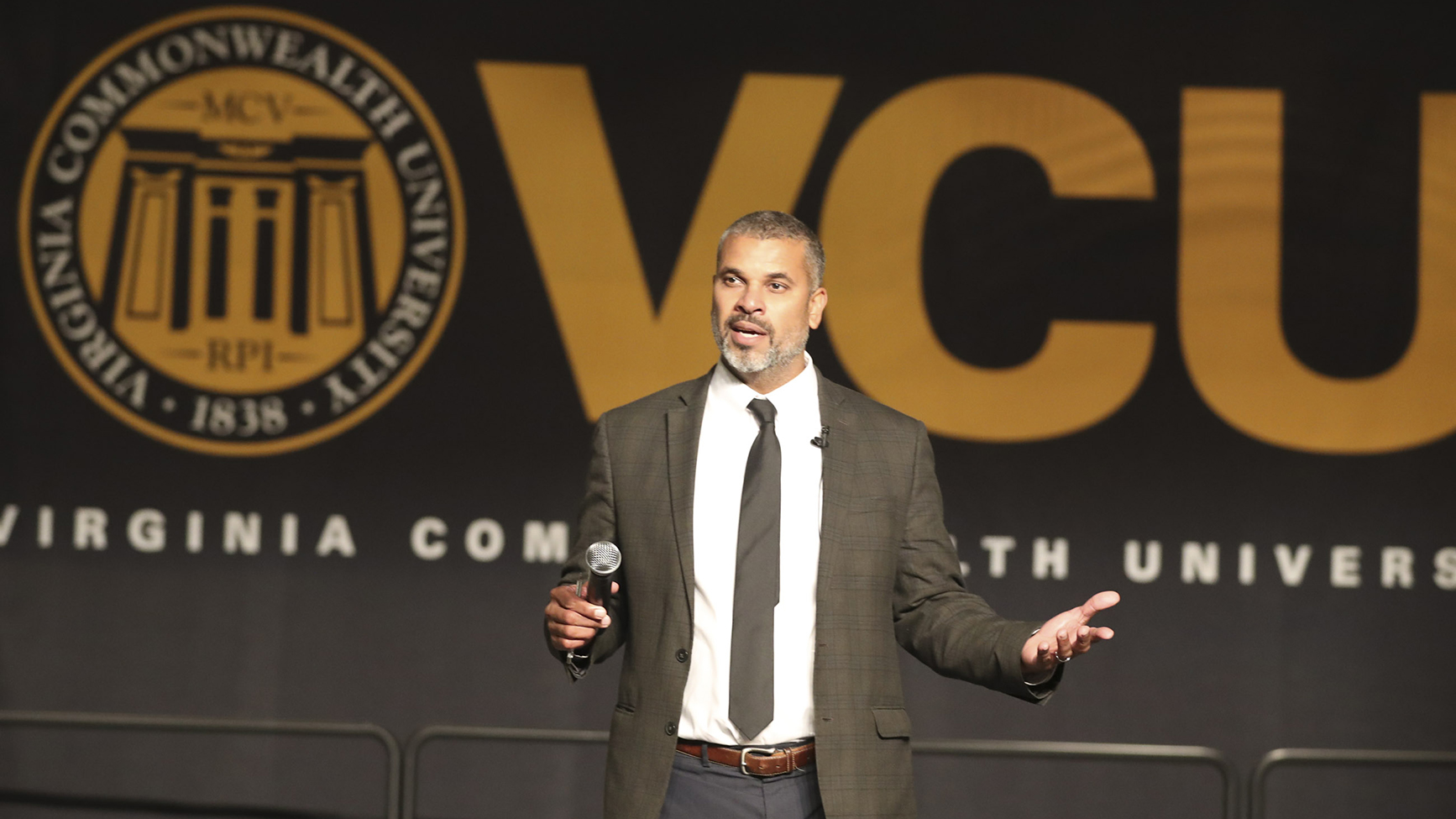 Christopher ‘CJ’ Howard, one of the nation’s foremost architects and opinion leaders on reclaiming racially-charged statues, memorials, and heritage buildings, delivered the 2022 Morton B. Gulak Lecture in Urban and Regional Planning on Oct. 27.

One of the nation’s foremost architects and opinion leaders on reclaiming racially-charged statues, memorials and heritage buildings, delivered the 2022 Morton B. Gulak Lecture in Urban and Regional Planning on Oct. 27.

Christopher ‘CJ’  Howard, an architect and assistant professor in the School of Architecture and Planning at The Catholic University of America, visited the campus of Virginia Commonwealth University to discuss how Richmonders could jump-start the Herculean task of transforming a major thoroughfare once dotted with Confederate statues into a symbolically inclusive one. Howard, whose commentary and design proposals on monuments and memorials have garnered national attention including the 2019 Leicester B. Holland Prize, for comprehensive documentation of the Lyceum building in Old Town Alexandria and an award-winning entry for a Contrabands’ and a Freedmen’s Cemetery Memorial in Alexandria, Va., offered a vision for moving forward that included investment in the six former pedestal circles as a dynamic civic space featuring art that might serve as a catalyst for racial reconciliation. Under Howard’s vision, the new circles would be mounted on the former Confederate pedestals but feature installations emphasizing a diverse range of historical figures, symbolizing the city’s maturation toward greater justice, equity, and liberty.

“America has complex and deep sins, but not insurmountable ones," said Howard.

"We have in our founding a great capacity for self-correction and maturation through virtue. Virtues such as prudence, justice, fortitude, and temperance are written in our DNA making it very possible to achieve peace with this task. Richmond, in its unique circumstances, has an incredible opportunity that does not exist to this extent for any city in our nation to take this lead in the mending of our nation as a model of how to bring about welfare, justice, liberty, and unity.”