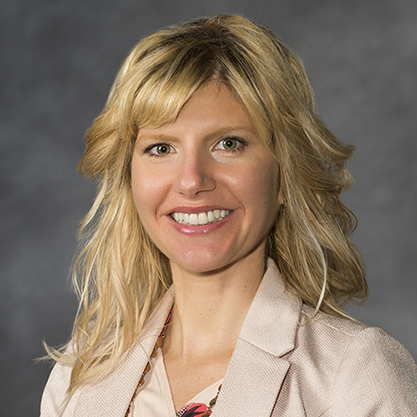 Christina Mancini, Ph.D., may not be as well-known as Olivia Benson, America’s favorite TV  sex-crime detective, but her investigatory work is as dark and determined as any of Dick Wolf’s characters.

“I don’t study the art of happiness,” said the New Jersey native. “Sex crime is a sensitive and unsettling topic, but it is imperative to me that my students become comfortable discussing it.

“These aren’t issues that singularly affect women or young people,” she said. “ Rape, the efficacy of rape prevention policies and sex offender programs are critical issues that impact the quality of life of every citizen.”

Mancini, who joined the Wilder faculty in 2013 from Florida Atlantic University, earned her undergraduate, graduate and doctoral degrees in criminology from Florida State University. She is the author of two books that examine sexual assault and victimization, “Sex Crime Offenders and Society: A Critical Look at Sexual Offending and Policy,” and “Campus Crime and Safety,” and more than 30 peer reviewed articles.  Among her classes, she teaches “Sex Crime and Society.”

In 2014, Mancini, along with colleagues, founded the Sexual Offense Policy Research (SOPR) Workgroup, an international, nonprofit organization that serves as an educational resource for the public and    policymakers concerning sexual offending prevention.

Before her impressive CV, Mancini was like a lot college freshmen—stumbling towards a vocation.

“I was supposed to major in business,” she said. “Because what does any impressionable college student major in?”

By happenstance, Mancini attended a presentation by Daniel Maier-Katkin, Ph.D., then dean of the College of Criminology and Criminal Justice at FSU.

In a provocative display, Maier-Katkin contrasted the consequences of possessing the weight of one powered substance—a packet of sugar—with that of another, cocaine.

It was a demonstration that would forever change the course of Mancini’s career.

“I was just spellbound. It was a perspective I had never considered before. I was also moved by the idea of the [criminal justice] field as an intensely human system.”

Mancini abandoned business and never looked back, enjoying each new criminology course more than the last, and where she began working with esteemed mentors on funded projects and hands-on research, such as Daniel Mears, the Mark C. Stafford Professor of Criminology at FSU. It during this time that she also developed a long-standing interest in the court of public opinion.

“Public impressions about crime policy, victims and offenders impact so much of our justice system,” said Mancini.

“Sometimes this influence is exerted directly through public referendums. More often, public sentiment is reflected in the political landscape by the enactment of publicly-supported legislation or funding decisions.”

But, to what extent does public opinion reinforce myths about crime or align with empirical data? How do these beliefs impact the efficacy of policies and programs designed to prevent crime?

These are just a few of the questions that guide Mancini’s research on sexual violence.

Her most recent project is a collaboration with Wilder School colleagues Sarah Jane Brubaker, Ph.D., Robyn McDougle, Ph.D.,  Corey Call and SUNY-Albany researcher Justin Pickett. The study examines Virginians support for the recent expansion of mandated reporters (MR) on college campuses based on the results of a 2016 Commonwealth Education Poll.

MR laws, as applied to higher education, are an extension of child safety policy popularized in the 1980s. The laws are designed to protect vulnerable victims who may be unable to disclose abuse to the authorities.

Virginia’s legislation, enacted in 2015, applies the MR standards to  colleges and universities, identifying students as the “vulnerable” population and faculty and university employees—administrators, staff and resident assistants for example—as mandated reporters.

Under the law, mandated reporters are required to report allegations of sexual abuse even if victims do not wish to involve the university or the police. Failure to do so within 24 hours would result in a Class 1 misdemeanor offense.

MR laws were designed to increase reporting among college students, who have the lowest levels of reporting. Only one in five college victims of sexual assault will report the offense to law enforcement, compared with one in three of their nonstudent peers.

The regulations have not been without controversy. Nationally, MR laws have drawn considerable criticism as an overreaching intervention that could reduce victim autonomy and reporting.

Despite these claims, the Commonwealth Education Poll  found that an overwhelming majority of respondents—92 percent— said sexual assaults involving college students should be referred to police, not simply handled by school officials.

The study will be published in a forthcoming publication of the highly regarded, “Sexual Abuse: A Journal of Research and Treatment. “

“It’s rare to see this kind of consensus on any public policy issue, statewide or otherwise,” said Mancini.

Although several high-profile cases have made campus rapes and other sexual assaults in Virginia the focus of concern both regionally and nationally, Mancini suspects there may be other forces at play.

“I think it may also suggest that the public would like to see the jurisdiction for some of these issues taken out of the hands of universities.”

That’s not an entirely unfounded concern, said Mancini, who outlined several challenges to the interpretation of Title IX. Title IX is a federal law that prohibits sexual harassment, including sexual violence at all educational institutions that receive federal funding.

Mancini cited a lack of clear and consistent guidance from the U.S. Department of Education and the Office for Civil Rights on what comprises a fair committee for the airing of sexual assault complaints as well as concerns about the fairness and availability of appeals processes, some of which consist of a single arbiter that can overturn a discipline board’s decisions with little justification for altered sanctions.

“Unfortunately, there is no unilateral approach to investigating college sexual assault. These are incredibly complex issues with due process implications for both the complainants and respondents that universities continue to wrestle with,” Mancini said. “It’s a logical start, but there are just so many layers to the onion.

“What we can do,” said Mancini, “is continue to use research as a tool in the arsenal against sexual assault – driving improvement to policy responses wherever appropriate and challenging the public to think critically about sex crime by interrogating the myths and perceptions that encourage it.”

April is Sexual Assault Awareness Month. Find out how VCU is recognizing it.