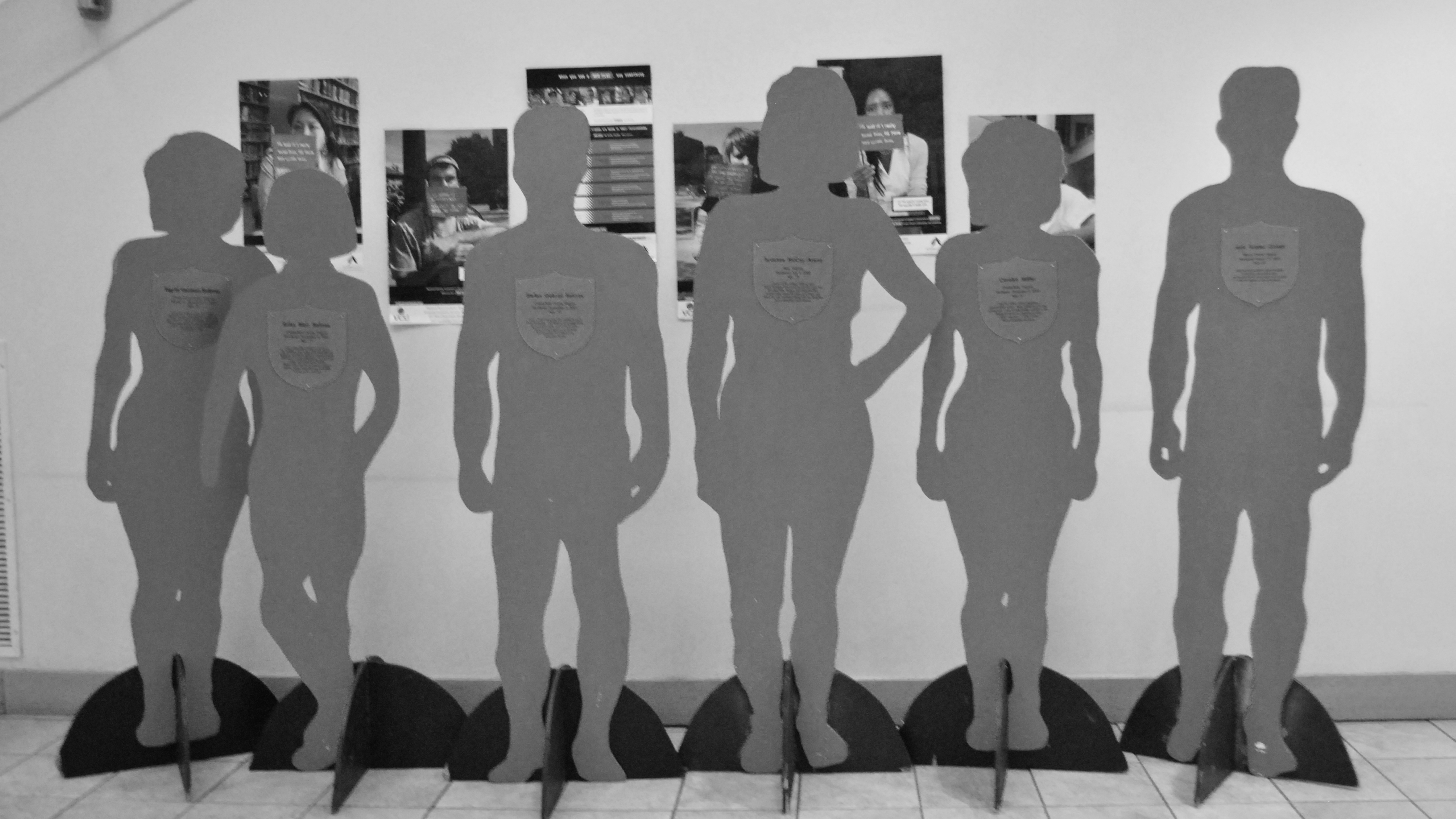 The VCU Silent Witness Exhibit, open October 6-12, is designed to raise awareness of the issue of domestic violence and encourage action to create change.

To help educate community members about the scourge of domestic violence—a crime that affects an estimated 10 million Americans annually—students from the Wilder School’s criminal justice program are collaborating with the VCU Libraries to host a traveling exhibit at Virginia Commonwealth University Oct. 6-12.

Part of a larger national initiative, “Silent Witness” is a poignant memorial that honors the lives of those killed as a result of domestic violence each October, during Domestic Violence Awareness Month. This year, VCU will host an installation that will feature life-size wooden silhouettes of Virginians—men, women and children—each painted red and bearing a golden shield with the details of the victim’s story. The installation will be on display on the second floor of the James Branch Cabell Library where visitors will have the opportunity to talk to student volunteers who will be available to answer questions about domestic violence in the Richmond community and beyond.

The 2017 VCU Silent Witness Exhibition is being staged by approximately 20 volunteers from two courses—Introduction to Criminology and Criminological Theory. Both courses are taught by assistant professor Amy Cook, Ph.D., who believes that learning is best accomplished through action. Cook initiated the university’s first student-run exhibit in 2015.

“Lectures are great…but there is no substitute for having students take the lead on an issue like intimate partner violence. Running the exhibition helps students achieve real objectives for the campus community and gives them a deeper understanding of the skills needed to address a complex public health issue like domestic violence,” said Cook.

Materials for the installation will be provided by the Virginia Sexual & Domestic Violence Action Alliance and the Wellness Resource Center. The VCU Silent Witness Exhibit is part of a larger initiative consisting of more than 500 exhibits nationwide with the goal of ending domestic violence homicides.