Susan Gooden is the new president of NASPAA 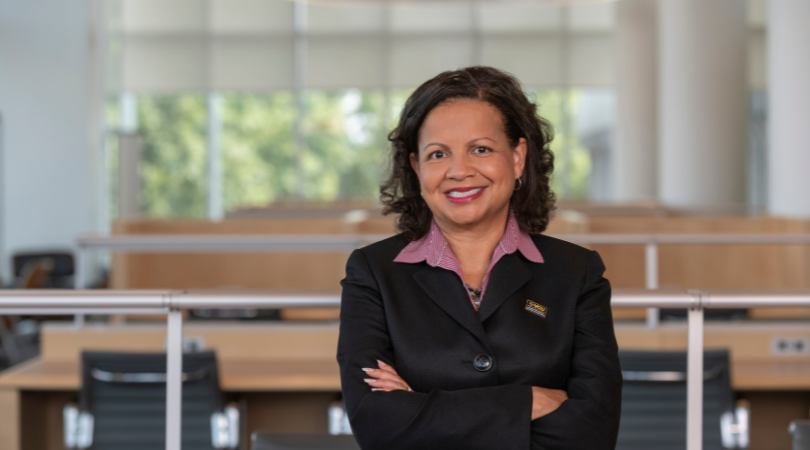 Susan T. Gooden, Ph.D., was formally installed as president of the Network of Schools of Public Policy, Affairs, and Administration during a ceremonial meeting of its annual conference held earlier today.

NASPAA is the preeminent organization worldwide of institutions dedicated to public policy and public affairs education and includes 327 institutional members and universities throughout the U.S. and in all regions of the world. In addition to serving as the leading accreditor of master’s degree programs in public affairs, NASPAA advances the entire field through advocacy for the importance of public service education in the policy and political spheres.

Gooden was elected to the network’s leadership ladder in 2020 and assumes the presidency for the 2021-22 term effective immediately, after having served a year as vice president.

She brings an extensive record of service to the network, having served as a member of NASPAA’s Executive Council, a member of the Commission on Peer Review and Accreditation (COPRA) and chair of the Minority Service Institutions Taskforce.

“Dean Gooden comes to the presidency of NASPAA with many years of service to the organization, so she knows its many facets, and its many opportunities to make a difference in the world of public service education,” said NASPAA Executive Director Angel Wright-Lanier. “She has served with distinction on its board and a number of its committees, and has literally gone around the world on behalf of our field. She has also applied her considerable scholarship and expertise in diversity, equity and inclusion to the challenge NASPAA faces: to fight racism in government and society through transforming the field of public service education, and thus the next generation of public servants."

Gooden assumes the helm of NASPAA during a period of global unease, with an ongoing pandemic that continues to stall economic recovery, worsening climate crises and deepening political, racial and economic divides which are challenging policymakers and educators in extraordinary ways.

In her new role, Gooden hopes to cultivate the ethos of public service education as a highly responsive, action-oriented field of study.

During her address, Gooden referred to the theme of the 2022 annual conference, “The Time is Now: A Bold and Noble Public Service for All,” and urged member institutions to be fearless in standing up for the values of public service.  She encouraged maximizing the efficiency of existing resources and involvement in the expansion of public service programs and the inclusion of partner institutions, such as historically black colleges and universities.

An internationally acclaimed scholar in the area of social equity and the author of five books and numerous articles, Gooden has served as the chief administrator of the Wilder since 2018. During her tenure, the Wilder  School has risen substantially in national prominence, rising a total of 18 spots in the U.S. in News and World Report’s rankings of the nation’s best graduate schools of public affairs since 2017.