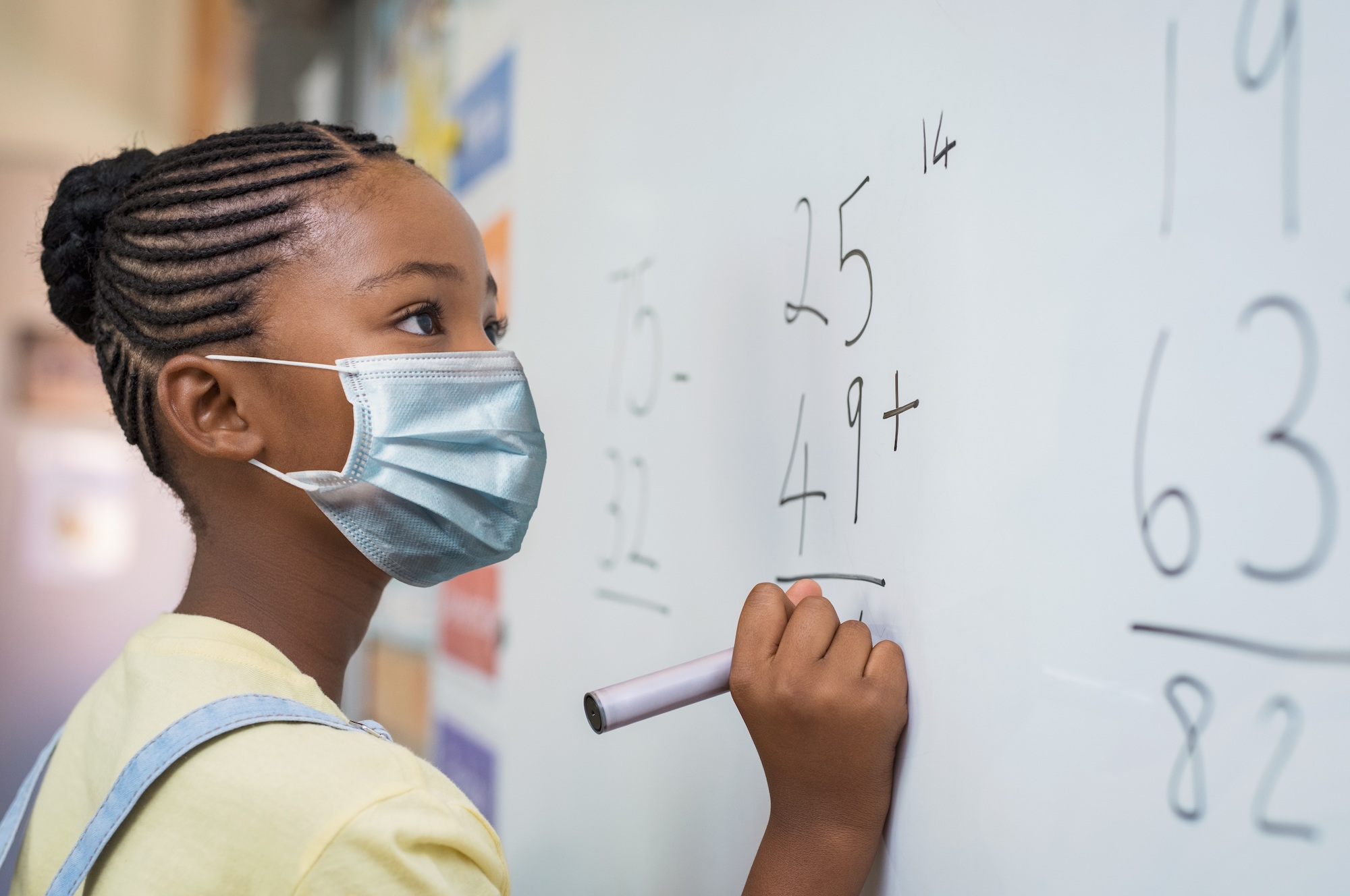 A majority of Virginians indicated that they would be willing to pay more in taxes to support public education. (Getty Images)

RICHMOND, Va. (Aug. 27, 2021) — A majority of Virginians indicated that they would be willing to pay more in taxes to support several public services, according to a new statewide poll conducted by the L. Douglas Wilder School of Government and Public Affairs at Virginia Commonwealth University. These services included public education (65%), programs that support low-income families such as financial support for housing, food and child care (59%), and the maintenance of health care programs at their current level (56%). Respondents were less likely to support a tax hike to maintain criminal justice reform (49%), and universities and higher education (39%) at their current levels.

“The issues confronting the people of Virginia are among the most troubling and impactful on everyday activity in state history,” said former Gov. L. Douglas Wilder. “The uncertainty or indecision of many voters should be concerning. The more factual information and transparency shared with the people might elicit more assuring responses. This applies to those in office as well as those seeking to be elected.”

Respondents from the northwest and west regions of the state were consistently the least willing to support an increase in taxes in any of these areas to maintain the current service levels, while women were overall more willing than men to pay taxes toward health care (60% vs. 50%, respectively). Democrats and Republicans were divided on paying more in taxes to maintain current levels of support for any service (public education, health care, low-income programs, criminal justice, universities and higher education), with the majority of Democrats willing to pay more and the majority of Republicans being unwilling to pay more. 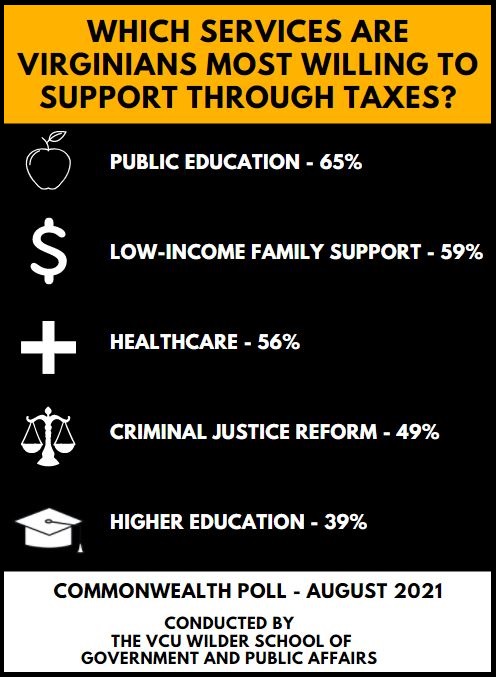 The greatest divide was on the topic of programs to support low-income families (e.g. financial support for housing, food and child care), where 86% of Democrats were willing to pay more in taxes to maintain current levels versus 31% of Republicans.

These broad agreements about law enforcement existed across all demographics, but they are strongest among respondents in the northwest and west regions of the state and among Republicans. Over half of all Democrats, minority and/or Hispanic respondents, and those 18-34 years old also agreed with these positive views of law enforcement, but to a slightly lesser extent.

Perceptions of the Virginia legislature

As students are returning to school, primarily in person this fall, the majority of respondents expressed concern that students are/have fallen behind academically without in-person instruction options during the COVID-19 pandemic, with 85% of respondents indicating that they are either somewhat concerned (24%) or very concerned (61%). These concerns were evenly shared by all demographics and throughout all regions of the commonwealth.