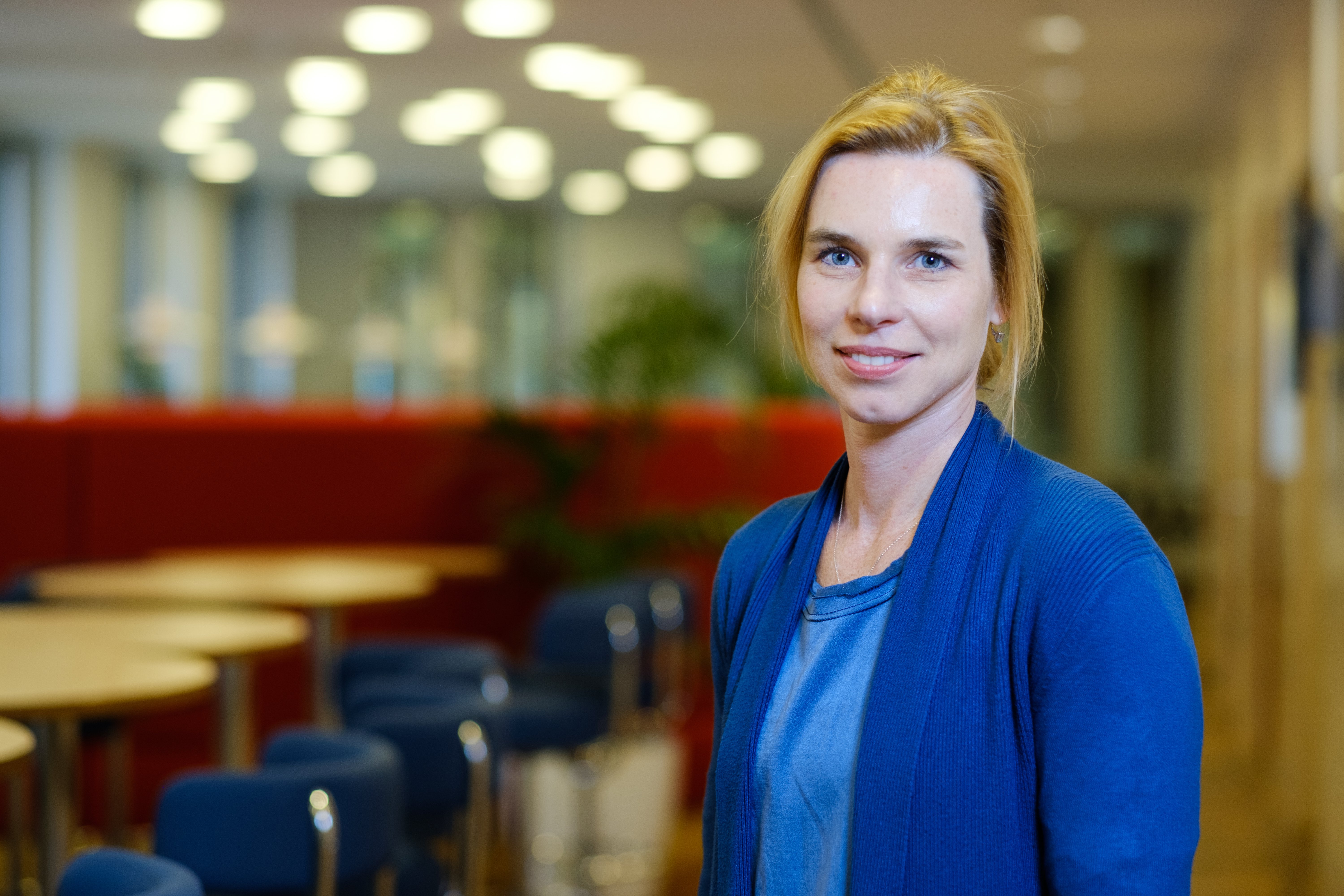 When Erna Ruijer came to Richmond from the Netherlands almost 10 years ago, she was glad to learn of the Wilder School’s doctoral program in public policy and administration.

“I want to make a positive impact on society, and help it do well, and public administration is a good fit for me,” said Ruijer, a 2013 Wilder School graduate.

Her husband’s job brought them to Richmond, and she welcomed the opportunity to pursue her Ph.D. Before moving to Virginia, she had worked as a communications consultant, writing communications strategies for several Dutch government departments on such topics as work-life balance policy, health care policy and state budgeting, as well as researching organizations communication for local governments. Ruijer, who earned her master’s in communication and education from the University of Amsterdam, previously had worked in the United States.

Ruijer is currently a postdoctoral researcher at the University of Utrecht, where she is working on government transparency research with European Union as part of its Horizon 2020 research and innovation program.

“Being open with information is not just about data sets. You want citizens to be able to use the data to provide the information they need so they can do something with it,” she said.

She recently visited the Wilder School and discussed her research.

Your doctoral dissertation focused on transparency in open governments between the United States and the Netherlands. What are the major differences in how the two countries approach freedom of information?

Can you describe the grant project on which you’re working?

I’m currently working on a European Union Horizon 2020 innovation project, called ROUTE-TO-PA. In this project I collaborate with 12 partners across six countries. The aim of the project is to stimulate open government data usage around societal issues. Open government data are data collected by the government but that is available for others without any restrictions. In this project, I collaborate in the Netherlands with the city of Utrecht, where we have set up a living lab. In this living lab civil servants, researchers and stakeholders are collaborating regarding the societal issue livability and livelihood in the city center.

How did the Wilder School prepare you for your job?

The Wilder School prepared me in several ways. First of all, the course work was extremely helpful in getting an overview of public administration theories. I clearly remember the first class I took with Professor Richard Huff and he gave us an overview of the different theories. At first, it was difficult to grasp but then it all started to make sense. The courses that followed provided a more in depth analysis of the different theories and perspectives, which I still build upon in my current job.  Second I enjoyed collaborating with faculty during my doctoral studies. It inspired me to pursue a career in academia. Professor Huff and Professor Blue Wooldridge, for instance, were very supportive when I tried to rewrite a paper that I wrote in their class into a paper for a journal. Finally, Professor Jason Arnold, who was the chair of my dissertation, taught me how to conduct research independently while at the same being supportive and encouraging.

During your recent visit to the Wilder School you met with faculty. Can you discuss the project on which you hope to collaborate?

I’m currently working on a new idea around open data. This time I would like to focus on how open data can facilitate social equity, thereby using a living lab. During my Ph.D. I got really inspired by the work of Professor Susan Gooden and Professor Wooldridge and I’m very grateful that they are interested in my work.  At the same time I’m hoping to collaborate around the idea of living labs. This is a very innovative approach and is scantly used in the field of public administration.