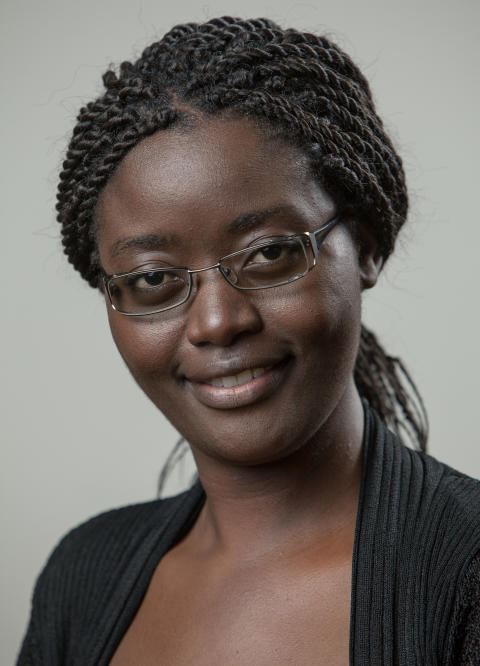 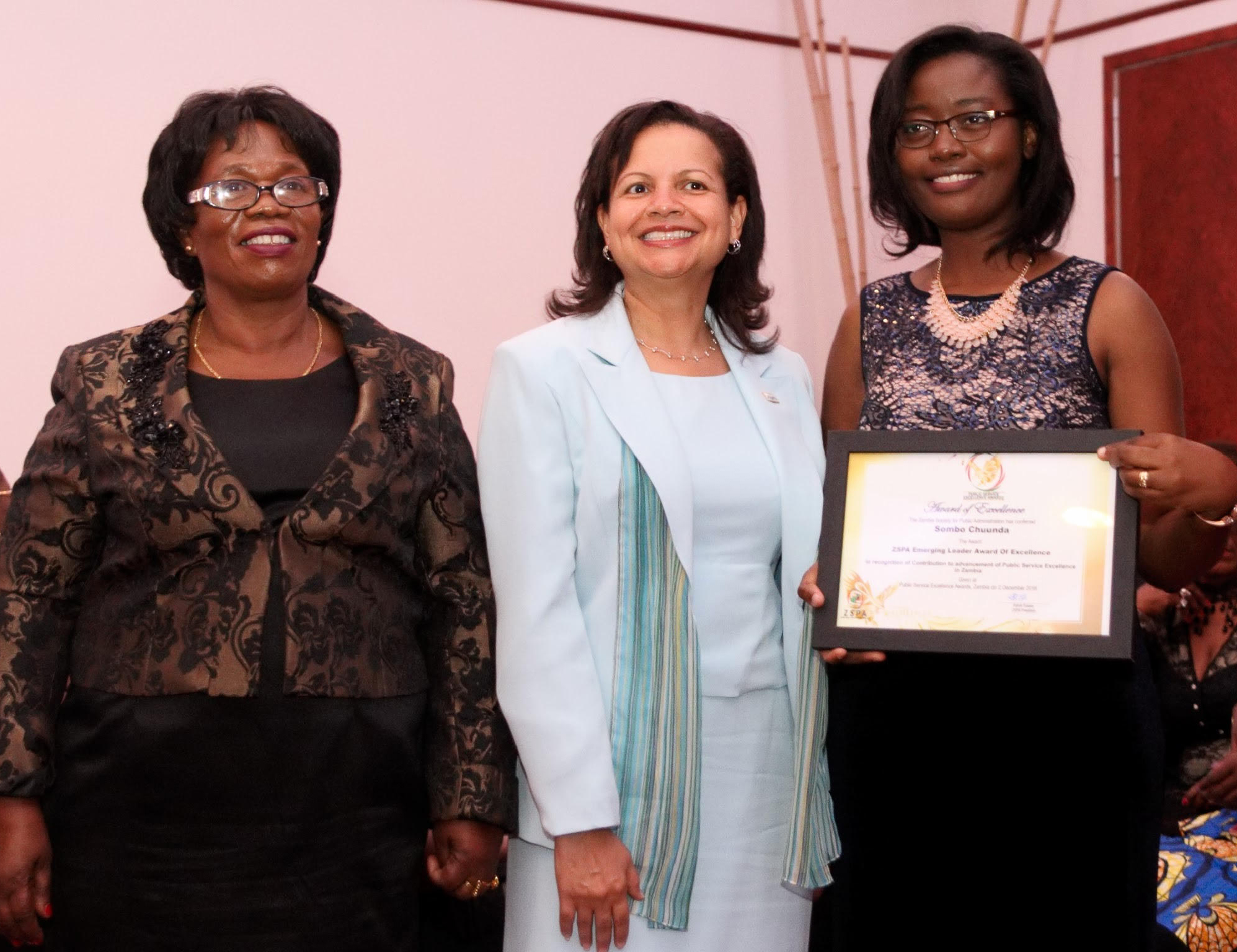 Presented by the Zambian Society for Public Administration, the Young Public Service Leader Award honors an individual under the age of 40 who has demonstrated outstanding leadership by taking bold steps to improve the nation through advancements in public policy, research and management.

Chunda, who has served as country manager for the international development organization Diakonia since 2012, received the award for a first-of-its-kind collaboration between the government of Zambia, the mining sector and 16 civil society organizations operating within the nation’s Copperbelt.

Over the past several years, Chunda─who this past summer was a Mandela Fellow at VCU─has worked tirelessly to facilitate enhanced collaboration between the mineral industry and its adjacent communities. These partnership a have helped, in part, to alleviate the tension between Zambia’s privatized mines and stakeholders in the country’s mining provinces by providing a platform for community engagement in the development of corporate guidelines for socially and environmentally responsible behavior as well as social investment programs.‌

Chunda’s work “has helped to redefine the relationship between mining companies and Zambians,” said Bo Forsberg, Secretary General of Diakonia.

“Prior to this initiative, open hostility between the mining industry and residents was common—as were narrow, non-consultative approaches to community development which were often implemented in an ad hoc manner. Ms. Chunda’s innovative partnership formalized cooperation between the minerals industry and its stakeholders and created a standard for collaboration.‌

Her efforts have provided much needed clarity around the roles and responsibilities of those in the mining industry and led to the adoption of a more holistic approach to corporate sponsored community development. It’s also helped to give a voice to ordinary Zambians who are developing tools to hold the industry accountable through calls for greater transparency and systematic review of the industry and its social investment programs.”

Indeed, Chunda described the project as an initiative that had surpassed expectations in a Skype interview conducted last week.

“When I started this mission, it was a departure from the work of Diakonia and many of the NGOs (nongovernment organizations) that we worked with,” she said.

“So, to see this concept bloom into concrete structures—local citizen councils working with the mining industry to create development budgets and priorities that meet the actual needs of those communities—or to see communities establishing legislation mandating responsible investment in mining provinces—has been very rewarding.”

It’s a realization made more poignant by the fact that it almost didn’t happen.

Chunda joined Diakonia in 2009, and was promoted to country manager in January 2012. It was an exciting new role that meant directing the agency’s strategy in Zambia and supporting the administration and mobilization of resources for a portfolio of five programs designed to increase government and private sector accountability.

But when Chunda went to sign her new contract, she received some disturbing news. Support for the Zambian office was coming to a close and her first and last assignment, as it turned out, would be to close the agency’s office in Lusaka.

Chunda, who is a certified accountant, was befuddled.

“As a financial manager, you are trained to shut things down. For me, liquidation would have been a seamless task. Yet, I also felt torn because I knew the agency’s work was still relevant in the country.”

So Chunda poured over the contract and discovered a second option: locate new funding for an unmet need in the NGO landscape and keep Diakonia’s doors open.

It was a maneuver driven by equal parts civic duty and unfettered personal ambition, she said.

“Because I was working on my MBA at the time, I was obsessed with marketing. I thought, if I can rebrand our work at Diakonia, differentiate our efforts and create a new space that could inspire financial support…this would be the ultimate accomplishment for my CV.”

That personal challenge led to the creation of a bold proposal for a new collaboration between the minerals industry and its stakeholders that would eventually receive funding from the Swedish Embassy and garner Chunda Zambia’s most prestigious recognition for excellence in public service.

She was presented with the award at a dinner at the 2016 ZSPA Public Service Awards in Lusaka earlier this month. 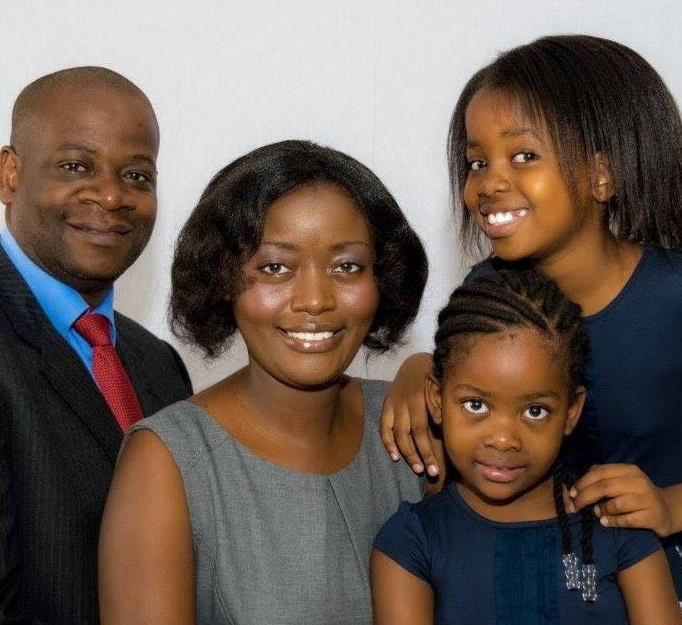 At 35, Chunda, a wife and mother of two, is a blazing star in her field.

Chunda is a recipient of the 2016 Mandela Washington Fellowship, a highly selective program that provides professional development opportunities at U.S. universities to young leaders from Sub-Saharan Africa. She holds an MBA in Strategic Planning from the Edinburgh Business School in Scotland, is a member of the 2017 MWF selection jury, a fellow of the Association of Chartered and Certified Accountants and a certified anti-money laundering specialist.

She also teaches public financial management and oversight to senior government and corporate executives at the Institute of Directors, a regional affiliate of the World Bank.

Chunda is voracious about three things: numbers, planning and self-determination. It’s the force that propelled her to apply to the Wilder School earlier this summer—while simultaneously completing her six-week MWF fellowship at VCU, gathering graduate admission materials across multiple continents and securing a student VISA in record time.  And, it's the same force she hopes will propel her into the school’s Ph.D. program next year.

Chunda grew up in Chipatea, a small town in Eastern Zambia. It was there during an unconventional errand that she discovered the passion that would guide her career.

When Chunda was in the sixth grade, her father Simeon Muzata, an electrician who worked at a local factory, was forced to leave town on business.

Unable to purchase the family’s necessities or rely on his pregnant wife for travel, Mr. Muzata tasked his 12-year-old daughter with an assignment: consult her mother on a budget for goods and supplies, take the signed check and letter he had written authorizing Chunda to make a sizeable withdrawal from the family’s bank account, and utilize the budget to purchase goods at the local market.

“It was a small thing that changed my life,” said Chunda.

Beside herself with a sense of responsibility, little Chunda executed each task with flourish. She took in the wonder of the bank, connecting immediately with its aura of formality and efficiency. It was right then and there that she decided that she too would work in finance.

Afterward, she went to the market and collected items for the family, securing receipts whenever possible. When she got home she made notes, recording her balance and expenses, as well as any discrepancies in the estimated cost of supplies.

When her father arrived home, Chunda said, smiling with recollection, “he was very impressed.”

“Responsibility was very importing to my dad, so he delighted in this simple effort at industry. He also loved numbers. He had an impeccable memory for figures that I later realized we both shared,” she said.

“And that was it. That was the moment that made me look at numbers and money in a completely different way. Knowing how it worked, understanding how to plan and optimize its use—that was so thrilling, particularly as a child,” Chunda said.

“Of course, my interests have evolved,” she said.

Chunda eventually fulfilled her dream of working in accounting for a private sector firm, but became disillusioned with rampant corruption in the system. She leapt at the chance to bring her skills to the public sector early in her career and never looked back.

“Today, I train organizations and individuals in prudent financial management. I also help them to guard against illicit loss at various levels, but in many ways my assignment hasn’t changed,” said Chunda.

“Fundamentally, financial management at any level is about connecting with people in communities to assist them in resolving their problems, meeting their needs and reaching their potential. I’m 35, but the excitement of that 12-year-old girl—the one who learned to manage a budget at the local market back in Chipatea—is still there.”