Even though they came from different parties and ideologies, Thomas Jefferson and Abraham Lincoln had it right when they spoke of the people.

“Wasn’t it Jefferson who said that it is the right of the people to alter and abolish that government which is not serving the people? And wasn’t it Lincoln who said that government should be of, for and by the people? And yet look today at how often the people are ignored and forgotten,” said Governor L. Douglas Wilder in his opening remarks at October 3’s Wilder Symposium, “By the People: The Role of Urban Communities in Improving Housing, Education and Public Policy.”

The 2018 Wilder Symposium challenged the public and policymakers to confront inequities in education, housing and transportation in urban communities and make redressing long-standing imbalances a priority.

The people should demand what is right, criticize what is wrong and not wait for others to effect change, Wilder said. “Things have never been where they should have been in this country.”

The thought-provoking, wide-ranging discussion brought together 11 policymakers and educators on October 3 who provided an analytical and thoughtful critique of urban communities and the challenges they face. Watch the video here.

Robert Holsworth, Ph.D., managing partner of DecideSmart, served as moderator of the 2 ½-hour symposium, which took place in the W.E. Singleton Center for the Performing Arts.

“We live in an economic ecosphere,” said William Spriggs, Ph.D., chief economist at the AFL-CIO and professor of economics at Howard University. “When you create too much imbalance in the economy, it’s the same as creating imbalance in the natural ecosphere. We can’t keep boosting inequality.”

Job training is necessary, he said, and there must be a minimum wage “that lifts people up.”

Susan Gooden, Ph.D., interim dean of the Wilder School and expert on social equity and public policy, said the panelists “challenged us to directly focus on root causes of inequality, the limits of public sector capacity to address inequities, sobering realistic expectations of high school graduation youth outcomes for those who are woefully behind at kindergarten, epidemic eviction rates in Richmond, and the theoretical orientation of market-based economies.”

U.S. Rep. Robert C. Scott of Virginia’s 3rd District said urban communities have a central role in addressing these issue since they are a microcosm for these problems.

“We need to get rid of discrimination in housing,” he said. “Housing segregation is one of the major factors in education segregation, which is bad and getting worse.”

“Our first responsibility is to strengthen engagement in civic affairs,“ Scott said  “Any civic activity that doesn’t involve voting is going to be ineffective.”

Melody Barnes, former assistant to President Obama and director of the White House Domestic Policy Council, said alignment across all sectors of a community – including government, nonprofit and philanthropic – is critical.  It’s necessary to talk about the very real challenges in education, transportation, housing and the criminal justice system, and to find experts to focus on each of them.

“The public sector cannot solve these issues alone,” said Barnes, who grew up in Richmond and is now co-director for policy and public affairs for the Democracy Initiative at the University of Virginia.

There’s a definite correlation between income and education, said Anthony Miller, a former deputy secretary and chief operating officer of the U.S. Department of Education during the Obama administration.

“Higher education needs to be made accessible in an affordable, sustainable way,” he said. Innovation should be fostered, and collaborations with government, nonprofits, nongovernmental organizations and the private sector should be leveraged. Policies should be created that encourage degree completion, and there should be a focus on related problems such as transportation and housing.

“Fundamentally, we have to as a people confront segregation as a root cause of education inequality,” said Genevieve Siegel-Hawley, Ph.D., associate professor in the VCU School of Education. “Otherwise, we keep treating the symptoms, such as turnover and absenteeism.”

Teresa is co-leading the RVA Eviction Lab, housed at the Wilder School, which will provide a dedicated and long-term venue for data collection and analysis on eviction. High eviction rates destabilize communities, cause high turnover in student populations ad reduce access to community networks and jobs.

“I would suggest that the problem of this scale does not stem from one problem but many,” he said. In Richmond, more than 1 out of 10 renters are evicted annually. New York recently passed a means-tested right to counsel if you face eviction – “the idea of fair representation.”

Fabrizio Fasulo, Ph.D., director of the Wilder School’s Center for Urban and Regional Analysis, pointed to a study his team conducted last year that found that affordable housing isn’t located near low-to-moderate wage jobs in the Richmond Metropolitan Statistical Area. This revealed an imbalance between the location of more modest-wage jobs and low-cost housing units, he said.

Matthew Conrad, executive director of government and board relations for VCU who extended a welcome on behalf of President Michael Rao, Ph.D.,  noted the university’s “very special charge” when it was created in 1968 in an urban center:  “The urban environment offers the university great resources. Concurrently, the urban university has an obligation to participate in the solution of urban problems.” 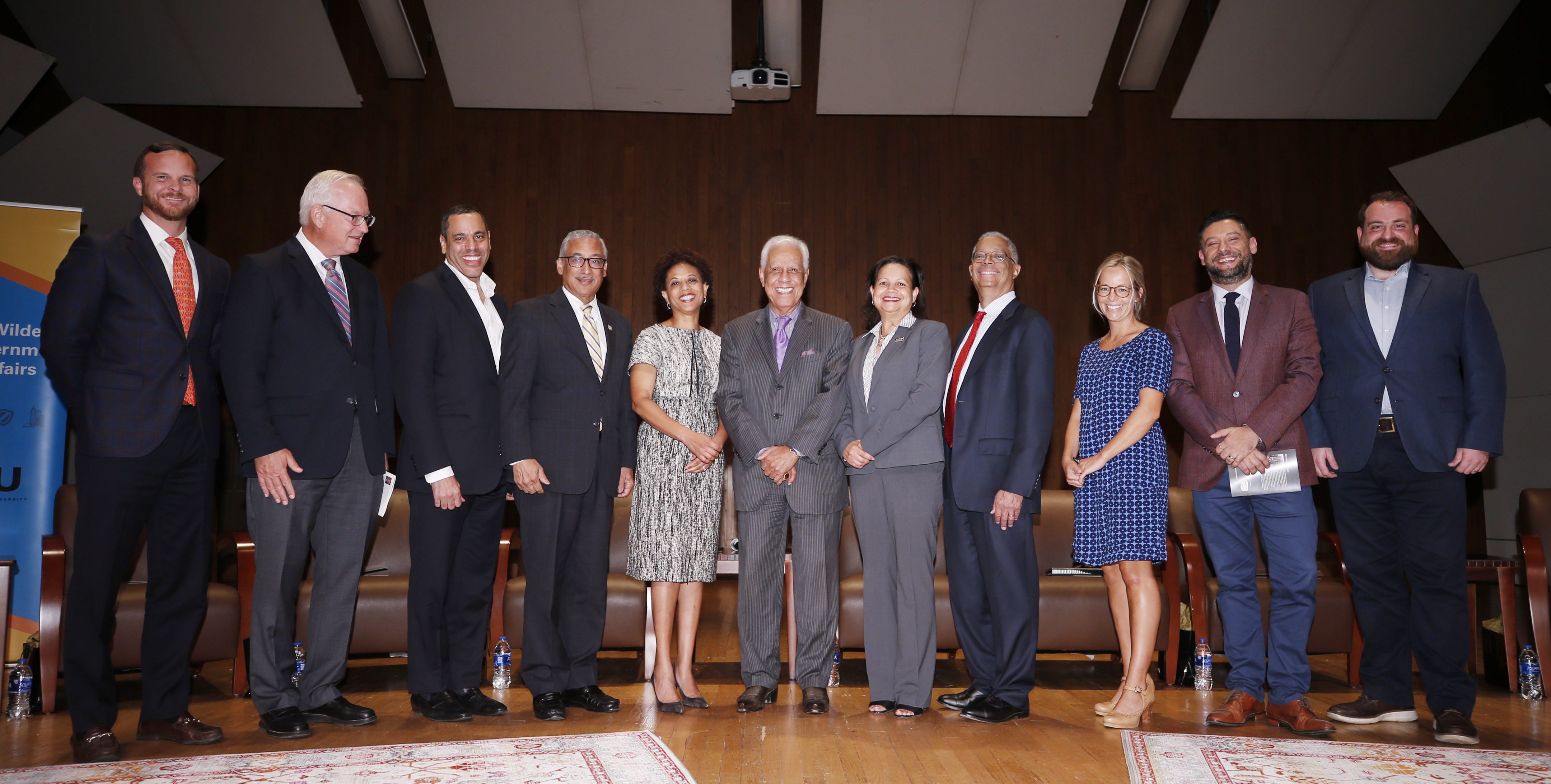 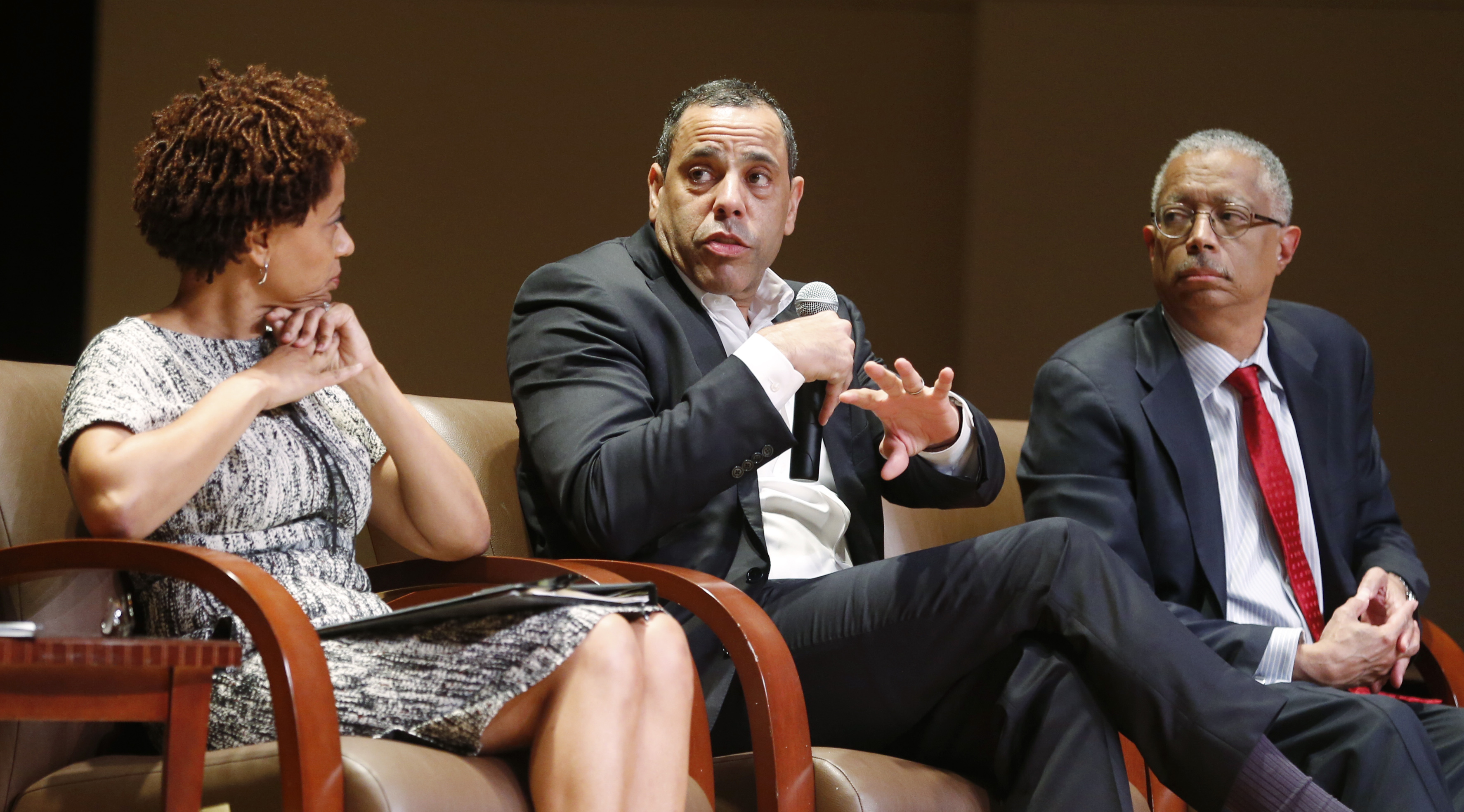 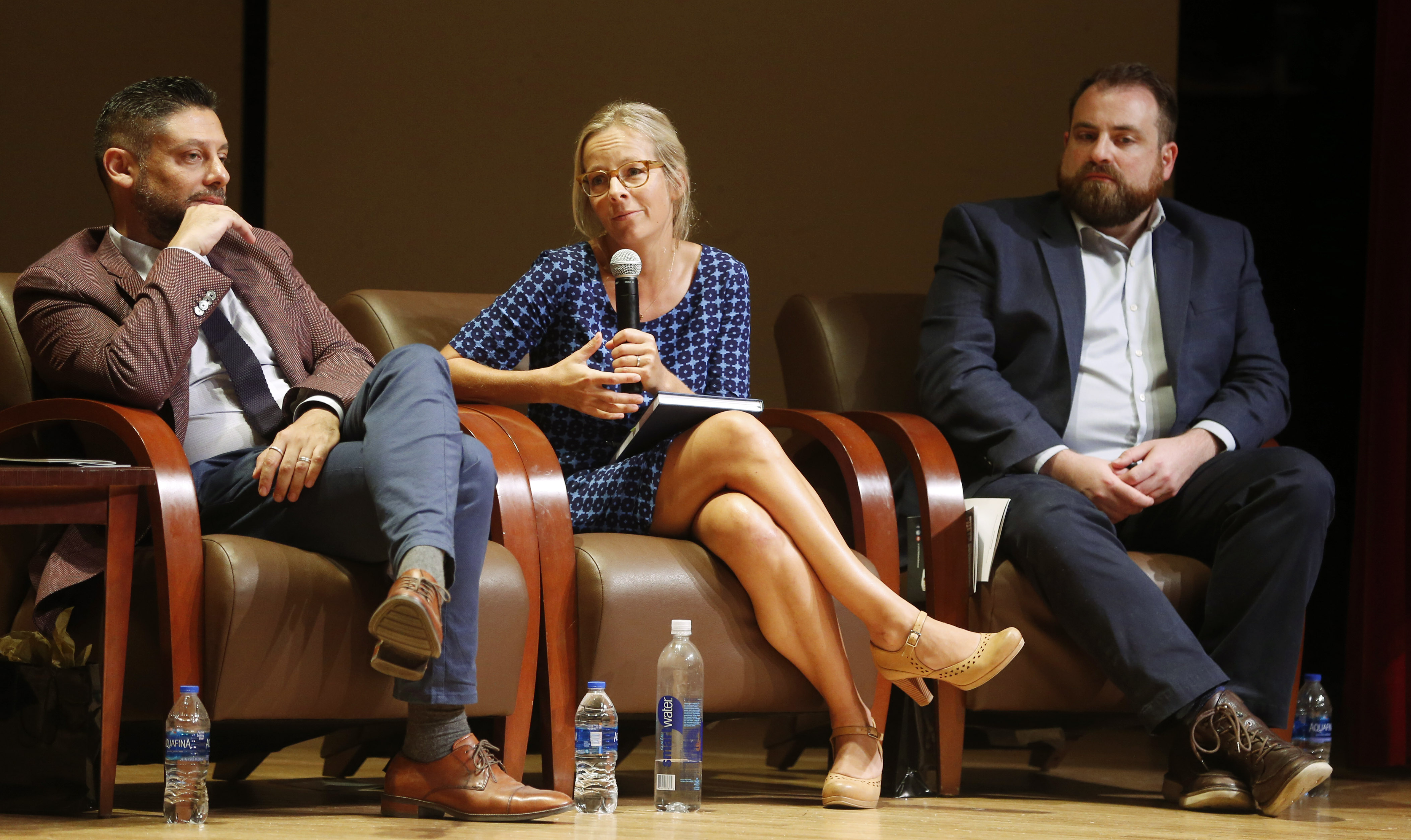 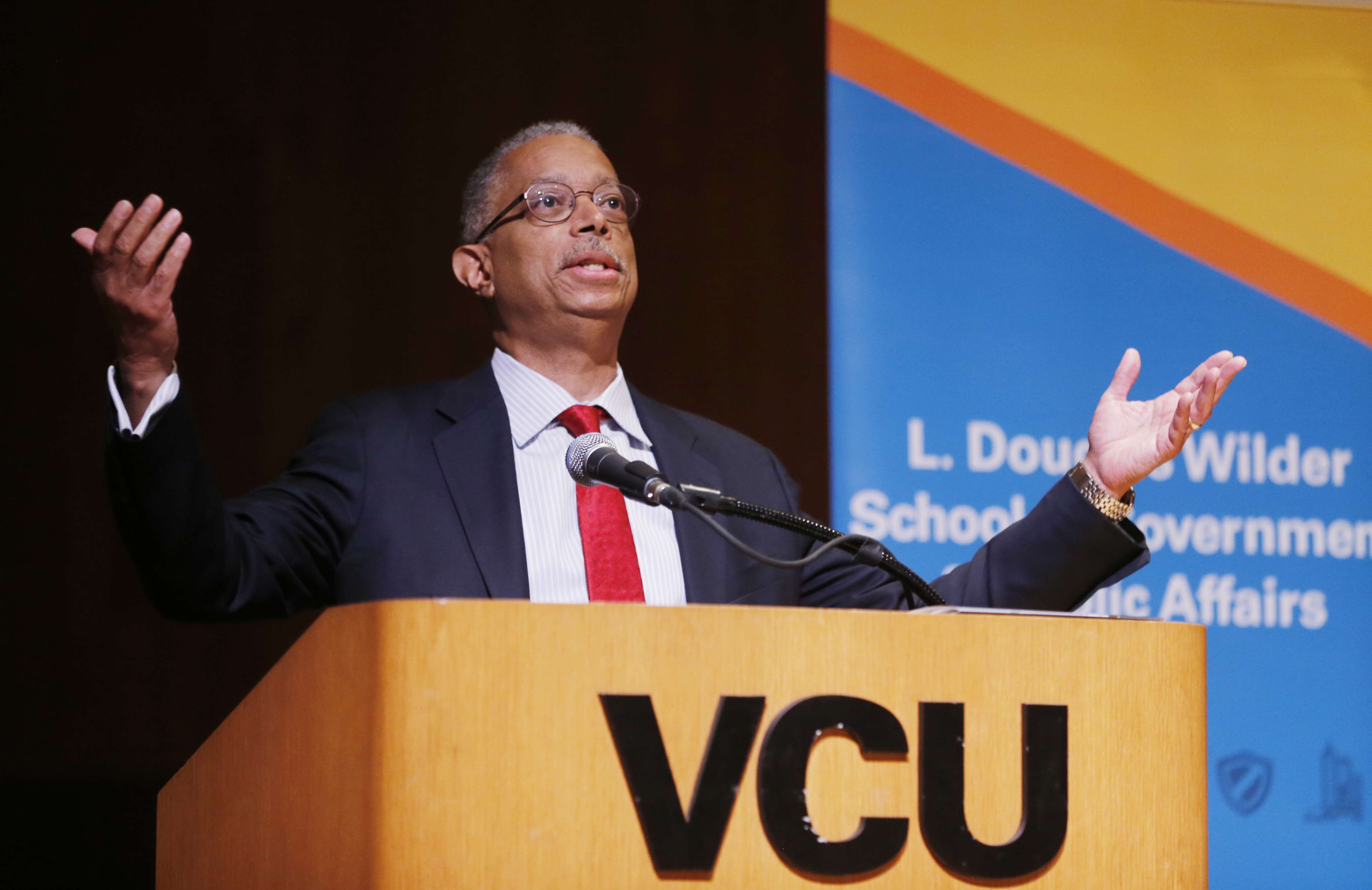 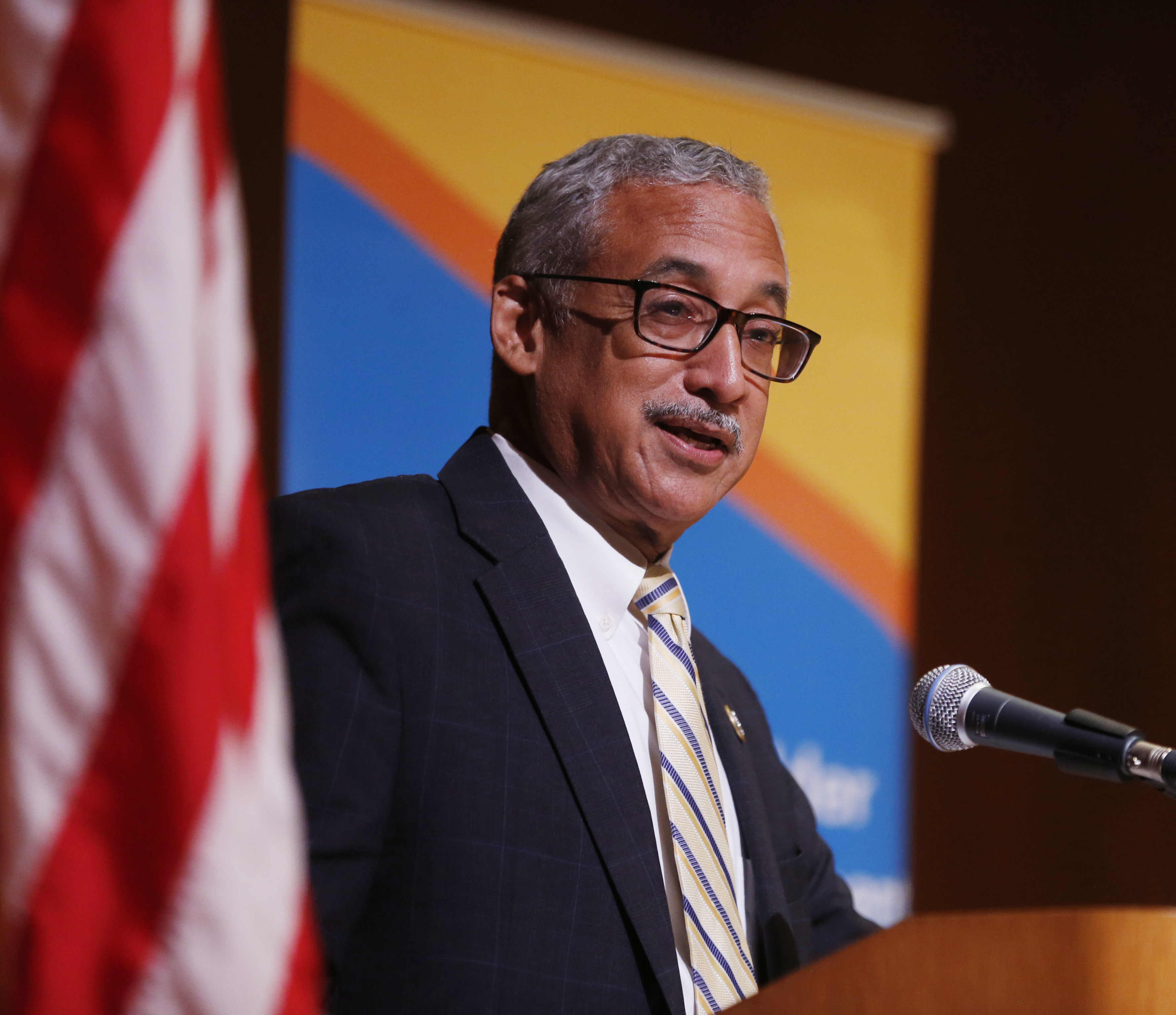 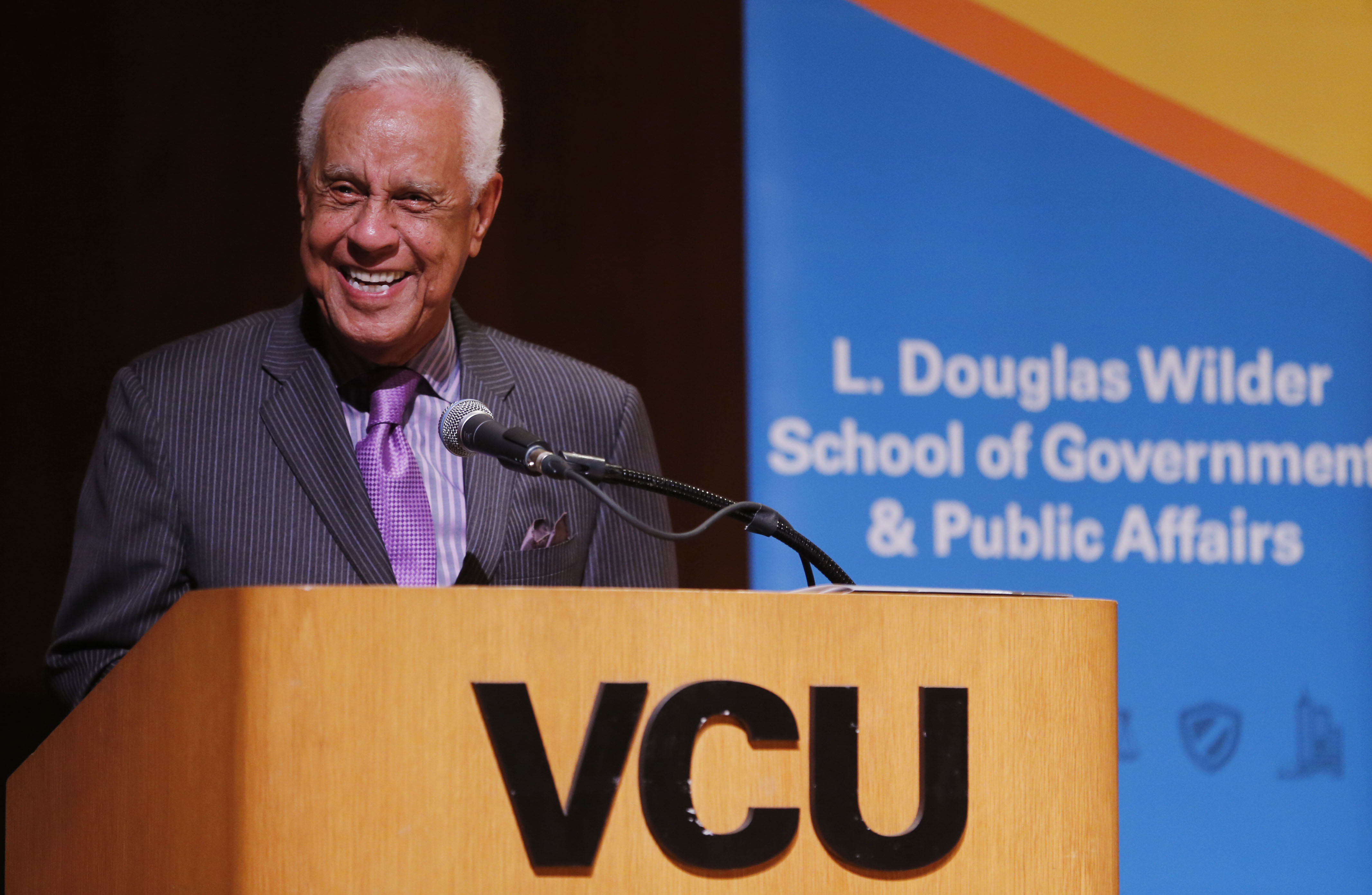 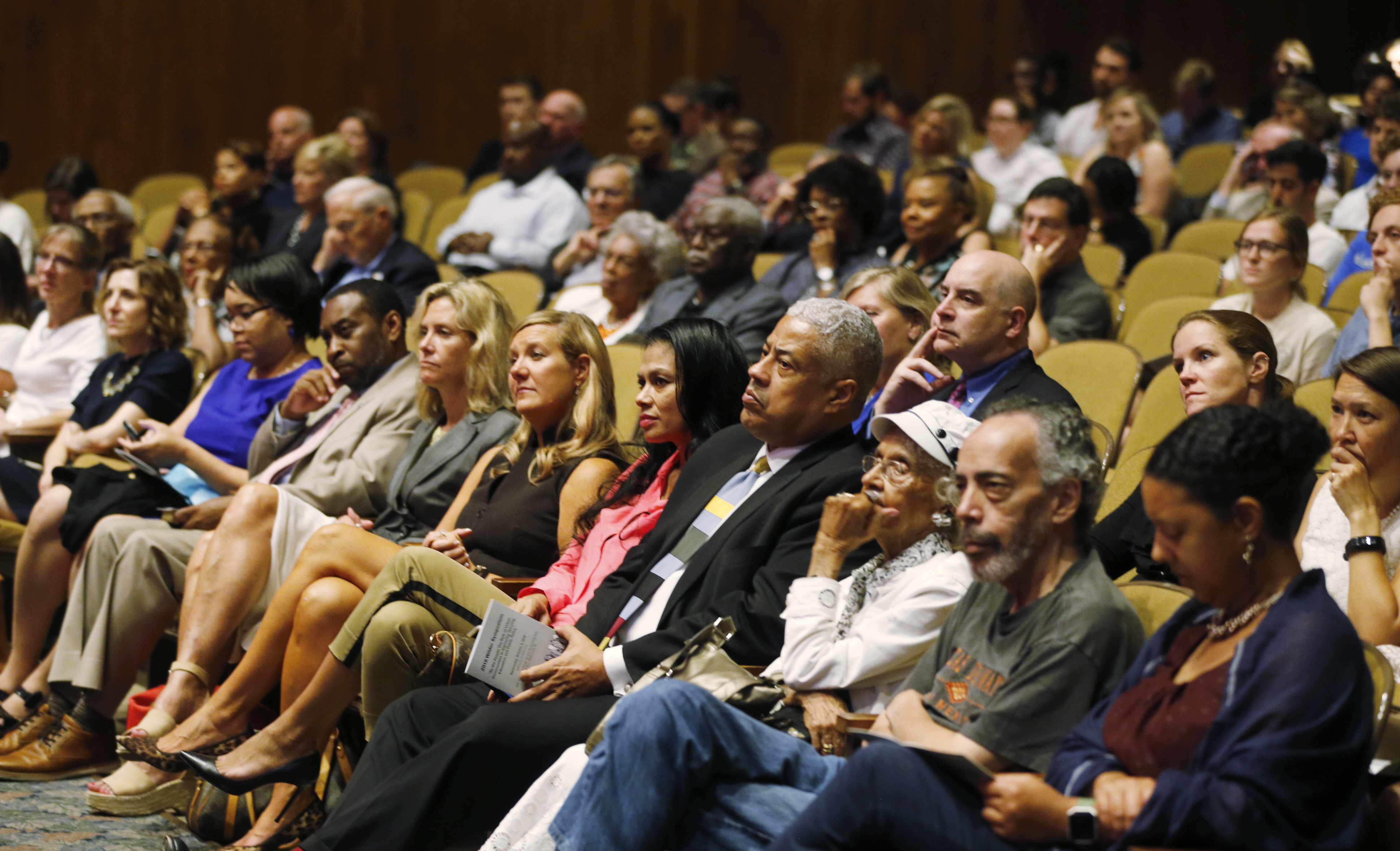 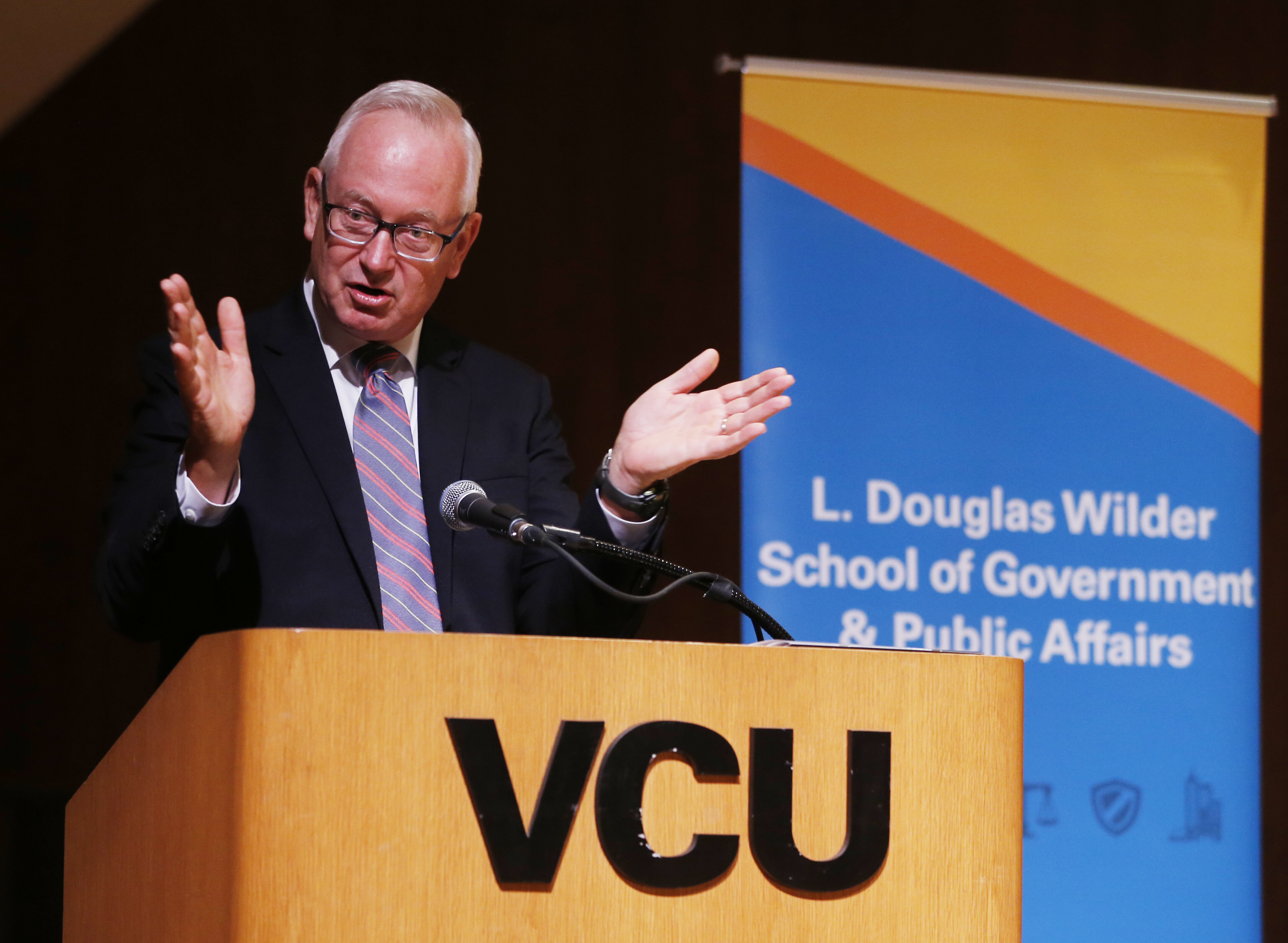 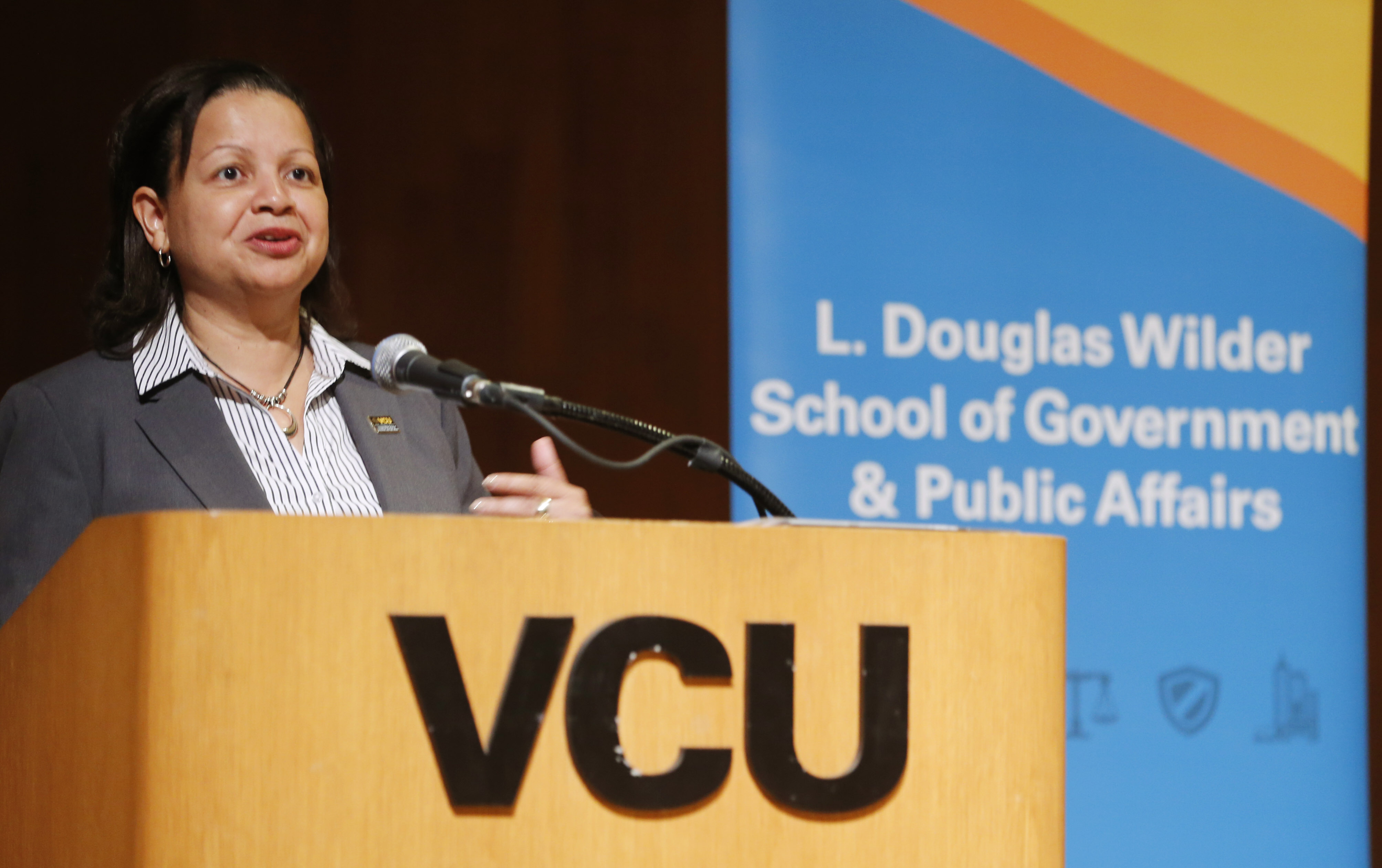