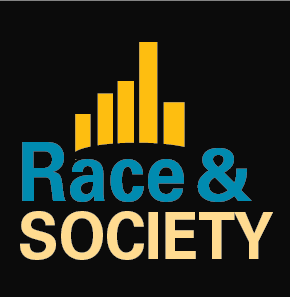 Ahead of next week’s Wilder Symposium on Race and American Society, the Center for Public Policy at the L. Douglas Wilder School of Government and Public Affairs at Virginia Commonwealth University has released the results of a poll conducted in the spring that found a majority of Richmond-area residents (72 percent) saw race relations in the United States as a major problem and that race relations have grown worse over the past five years.

The 2016 METRO POLL: RACE & SOCIETY, conducted by the Center for Public Policy, found that a majority of all respondents in Richmond believe that race relations were deteriorating and a major issue facing the country. African Americans were most concerned, with more than 30 percent seeing it as a very big problem in comparison to 18 percent of whites.  In addition, more than half of African Americans (55 percent) believed that race relations had gotten worse in the last five years in comparison to slightly less than half (46 percent) of white residents.

“The efforts and resources that the Richmond Police Department have put forth in the area of community-oriented policing over the past 10 years have created a trust and support between the police and citizens in the community, which have led to a resiliency in response to negative events occurring around the country,” said Robyn McDougle, Ph.D., of the Center for Public Policy and an associate professor of Criminal Justice at the Wilder School.  “Consequently, public perceptions of police and race relations have implications for not only effective policing, but for working together to address the larger issues associated with race relations in this country.”

The survey was conducted in the wake of a number of high-profile incidents involving police and African Americans across the country. Much has happened since then—including the shootings by police of African-American men in Louisiana and Minnesota, the Dallas shooting that left five police officers killed, and riots in Charlotte last month after police killed an African-American man—but the results provide a useful snapshot of the public’s opinion in the Richmond region.

The upcoming Wilder Symposium on Race and American Society will examine those issues brought about by the 2016 Metro Poll as well as the legacies of the landmark Kerner Commission report to then-President Lyndon B. Johnson following the riots in 1967, and what they mean for race and ethnic relations in the U.S. today in an open, frank and full discussion. The daylong symposium will take place on Mon., Oct. 17, at VCU from 9:30 a.m. to noon in the W.E. Singleton Center for the Performing Arts, 922 Park Ave., and from 1-4:30 p.m. in the Grace Street Theater, 934 W. Grace Street.

The 2016 Metro Poll obtained telephone interviews with a representative sample of 801 adults living in the Richmond metro area. The survey was conducted by Princeton Survey Research Associates International. The interviews were administered from March 29to April 10. The margin of sampling error for the complete set of weighted data is ±3.7 percentage points.