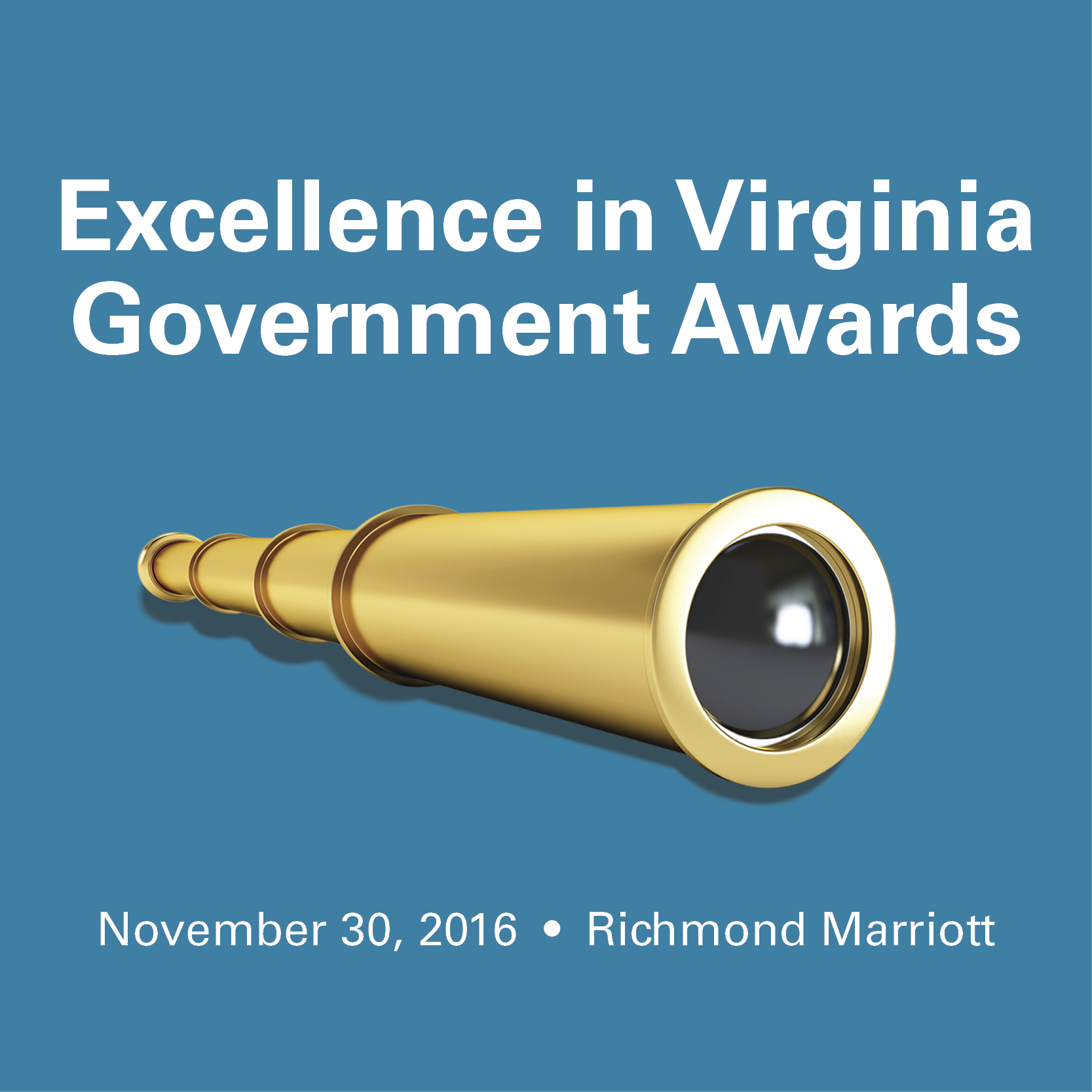 The L. Douglas Wilder School of Government and Public Affairs at Virginia Commonwealth University will honor individuals and organizations who have made noteworthy contributions to the practice of government and the betterment of the state on Wed., Nov. 30.

The 12th annual Excellence in Virginia Government Awards program, a signature event of the Wilder School, will take place during a luncheon ceremony from noon to 2 p.m. at the Richmond Marriott, 500 E. Broad St.

“These awards recognize outstanding work at all levels of government in Virginia and honor dedicated public service, innovative approaches and commitment to excellence,” said John Accordino, Ph.D., interim dean of the Wilder School. "This year's recipients have made substantial, positive impacts on our state and communities."

Tickets for the luncheon are $40 per person, and sponsorship opportunities are available. To register, please contact Shirley McDaniel at (804) 827-0867 or srmcdani@vcu.edu. The money raised at the event helps fund scholarships for Wilder School students.

This year’s honorees are as follows: 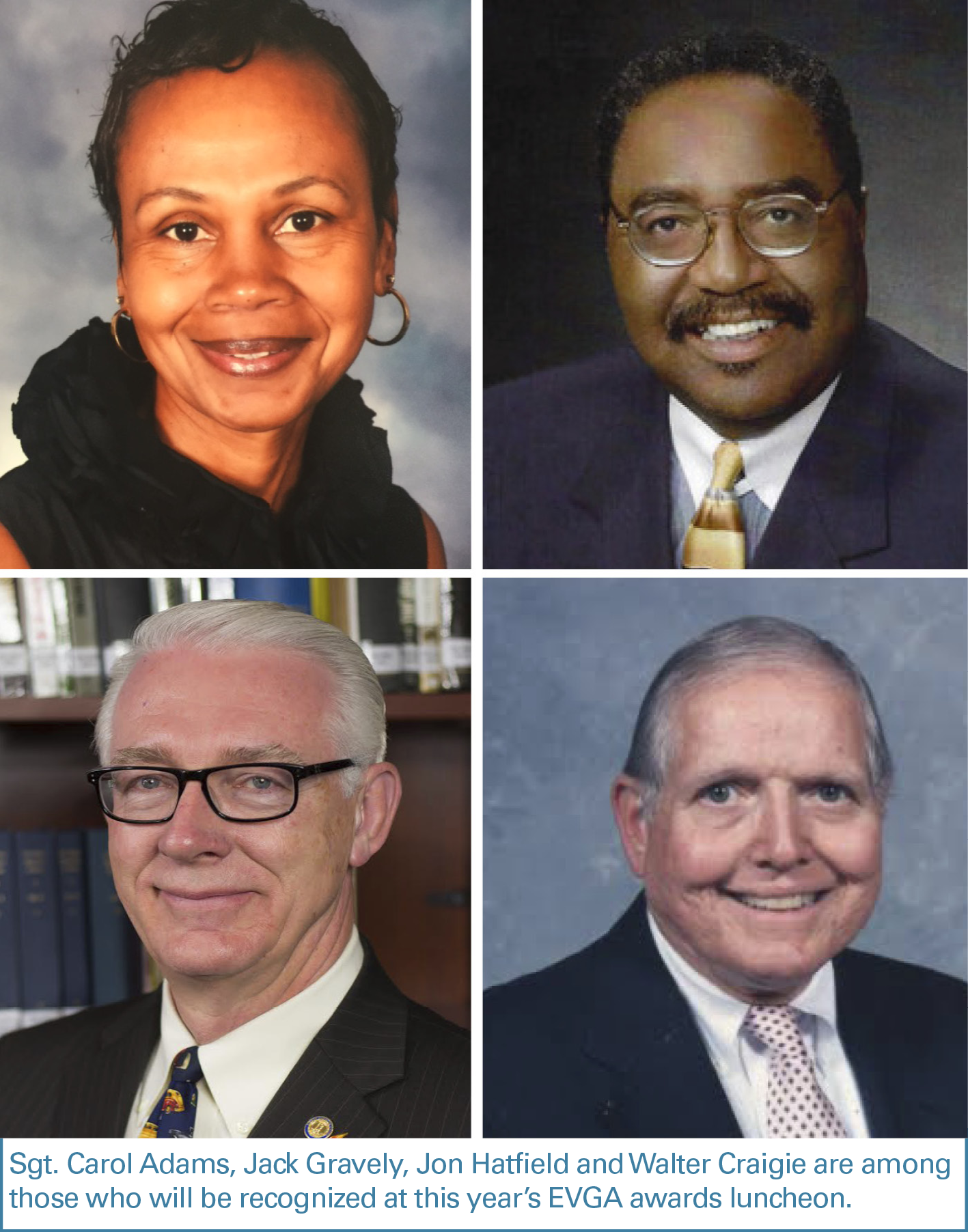 Community Enhancement Award: Sgt. Carol Adams joined the Richmond Police Department in 1997 determined to make a difference. She was 17 when her mother died at the hands of her father, and throughout her career she has sought to change the way that domestic violence victims and their families are treated. Among her many efforts, she has spearheaded drives to collect used cell phones for domestic violence victims and organizes an annual 5K walk followed by a forum for people to share their experiences. At the police department she leads the Community Care Unit, where she is in charge of National Night Out and Neighborhood Watch.

Hill-Robinson Expansion of Freedom Award: Jack W. Gravely, who died on Aug. 15, was a former president and executive secretary of the Virginia State Conference of the NAACP. He twice led the civil rights organization: from 1976 to 1985, and then on an interim basis 30 years later. He also held positions at National Public Radio as assistant to its president for affirmative action and as special assistant to then-national NAACP leader Benjamin L. Hooks. In 1995, he became the first diversity specialist for the Federal Communications Commission, a post he held until he retired in 2008. Gravely was also known in the Richmond area as a radio talk show host.

Innovation in Government Award: Vital Records at DMV is a landmark partnership between the Virginia Department of Motor Vehicles and the Virginia Department of Health’s Division of Vital Records that has allowed state residents the convenience of accessing Virginia birth certificates at all full-service DMV locations since March 1, 2014—the first DMV in the nation to do so. Since 2015, that’s been expanded to include Virginia marriage, divorce and death certificates. This innovative project has made it much easier for Virginians to access key documents. The collaborative approach between two agencies, and their focus on customers, brings government to the people.

Public-Private Partnership Award: Two agreements establishing a public and private partnership, one incredible success story. In 2005 and 2009, the Virginia Capital Trail Foundation, a nonprofit 501(c)(3) organization, entered into memoranda of agreement with the Virginia Department of Transportation. The first created a public-private partnership to develop the 52-mile Virginia Capital Trail along Route 5 between Richmond and Williamsburg, a top regional attraction and one that benefits the entire state. The second broadened the partnership to include amenities to enhance the trail. The foundation’s contributions to the partnership include developing and maintaining the necessary support from state and local officials throughout the 10 years to complete the project, as well as developing grassroots support to gain the necessary public approvals. The foundation has also been successful raising private funds to guide ongoing development around the Virginia Capital Trail. This partnership is considered a model for other communities.

Unsung Heroes Award: When Jon Hatfield became the first executive director of the Virginia War Memorial in 1997, the monument honoring the commonwealth’s war dead had fallen into disrepair and attracted just a few thousand visitors a year. Nearly 20 years later, it’s considered the premier state war memorial in the United States and draws more than 71,000 visitors annually. When he started, there were just two ceremonies a year held at the memorial. Last year, the Virginia War Memorial conducted more than 50 educational programs for students, teachers and the public. Hatfield, who retired in June, is highly regarded for his tireless efforts of transforming the memorial into a dynamic education center that pays tribute to the state’s military heritage of service and sacrifice.

Also during the awards luncheon, Walter Craigie will be honored during the In Memoriam recognition. Craigie, who died in March at age 84, served for more than 40 years as an adviser on state government finances and budget under 10 Virginia governors and became the state’s first secretary of finance in 1972, during the Holton administration.