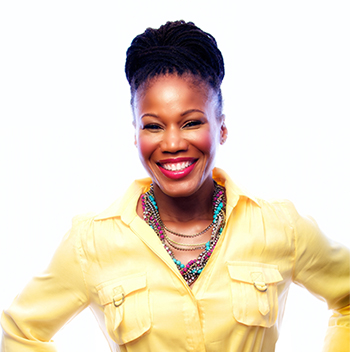 Majora Carter will deliver this year's Gulak Lecture on Oct. 17.

The title of her lecture is “Beyond Mobility: Designing Public Transit to Cultivate Communities of Opportunity.” The event is free and open to the public. Registration is strongly encouraged by not required.

Carter is responsible for the creation and implementation of numerous green-infrastructure projects, policies, and job training and placement systems. At Sustainable South Bronx, Carter deployed MIT’s first ever Mobile Fab-Lab (digital fabrication laboratory) to the South Bronx, where it served as an early iteration of the makerspaces found elsewhere today. The project drew residents and visitors together for guided and creative collaborations.

After establishing Sustainable South Bronx,  Green For All and other organizations to carry on that work, she opened a private consulting firm to help spread the message and success of social enterprise and economic development in low-status communities,  which was named Best for the World by B-Corp in 2014.

Her work is characterized by an emphasis on talent retention at the corporate and community levels. Clients include industry leaders in many fields, municipal and federal government agencies, and leading educational institutions across the U.S.

Carter cofounded the now 750-plus member Bronx Tech Meetup, as well as the StartUpBox Software Services company that is rebuilding the entry-level tech job pipeline by using market forces and established business practices to help diversify the U.S. tech sector. Clients include Digital.nyc, PlayDots and GIPHY.

She has helped connect tech industry pioneers such as Etsy, Gust, FreshDirect, Google and Cisco to diverse communities at all levels, and she continues to drive resources that value diversity into the communities left out of previous economic growth trends.

Her long list of awards and honorary degrees includes accolades from groups as diverse as Rupert Murdoch’s News Corporation, John Podesta’s Center for American Progress, and Goldman Sachs, as well as a MacArthur “genius” Fellowship.

Other achievements include being named a BusinessInsider.com ‘Silicon Alley 100', one of Goldman-Sachs ‘100 Most Intriguing Entrepreneurs,” and her 2006 TED Talk was one of six to launch the groundbreaking site. She has served as a judge for numerous prizes and competition including the New York City Office of Digital Media's "Reinvent Payphones Design Challenge" and the Roddenberry Prize.

About the Gulak Lecture

The Wilder School brings leading experts in planning, architecture or urban design to VCU each year through the annual Gulak Lecture. Launched in 2013, the lecture series honor the memory of Morton B. Gulak, Ph.D., who helped found the Master in Urban and Regional Planning program more than 40 years ago.

Gulak, who died in 2012, taught at VCU for 38 years. He inspired hundreds of students in the areas of urban design, urban revitalization, physical planning and the application of professional planning methods.

“We are honored to have Majora Carter as this year’s Gulak lecturer,” said James Smither, assistant professor of Urban and Regional Studies and Planning and chair of the Gulak Lecture Committee. “She will bring an expert perspective to a major issue in the Richmond region— how to best design a public transit system that serves all communities.”