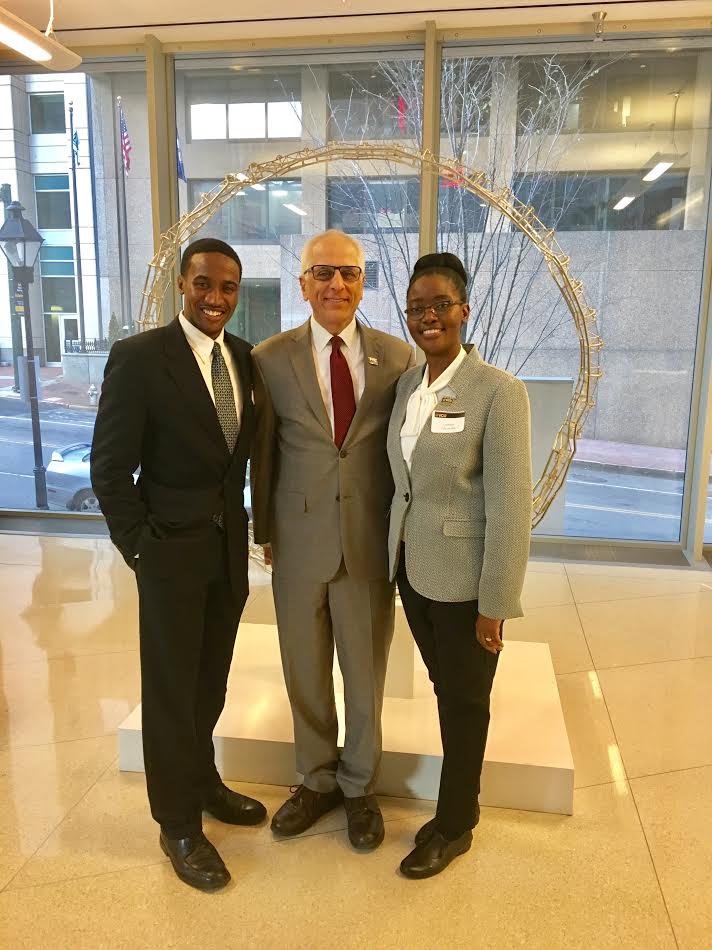 Two outstanding Wilder School students were introduced to the VCU Board of Visitors at a special reception this week.

“Sombo and Stephen are exceptional students who represent the best of the Wilder School,” Accordino said. “They are both high achievers who bring distinction to our school and university.”

Among her many awards, Chunda—who’s from Chipata, Zambia— was recently honored by the Zambian Society for Public Administration with the Young Public Service Leader Award, the nation’s highest prize for civil service. Chunda was recognized for her leadership at Diakonia, an international development firm, where she led the first-of-its-kind collaboration among the government of Zambia, the mining sector and 16 civil society organizations operating in the nation’s Copperbelt.

She was also among 25 graduate students and new professionals selected from a nationwide competition to be a 2017 Founders Fellow at the recent American Society of Public Administration conference. Last summer, Chunda was a Mandela Fellow at VCU.

Guyton grew up in a military family and has lived across the United States and in Japan. He qualified twice to participate in the Junior Olympics in Tokyo and is a member of the VCU Swim Club and the Mixed Martial Arts Club.

As part of his double major, Guyton has completed several FEMA trainings, attended Richmond Incident Command System workshops and was an intern this year in the Virginia Capital Semester program. Guyton received the 2017 Black History in the Making Award from the Department of African American Studies. He is in the process of becoming a Naval Special Warfare officer and hopes to become a Navy SEAL.