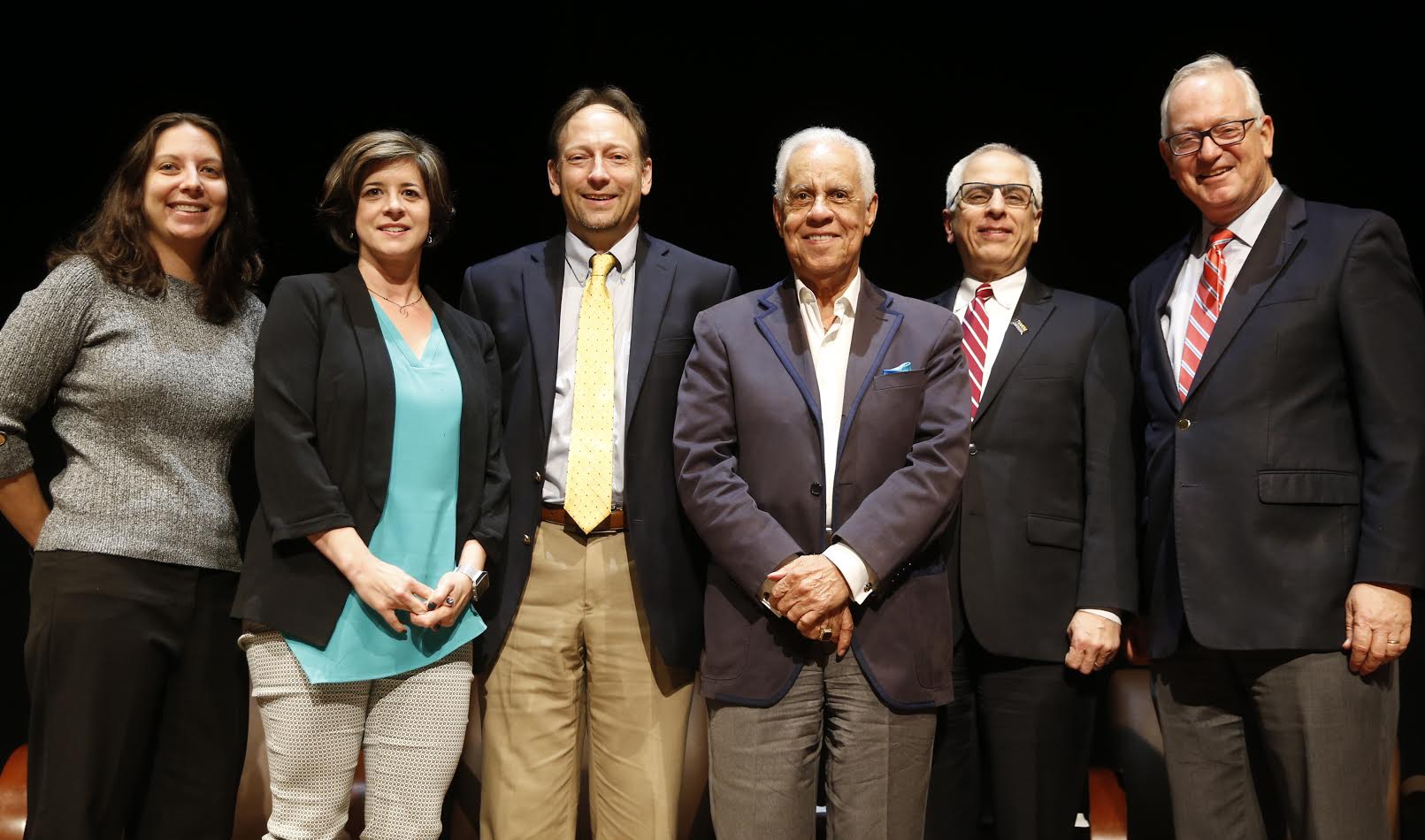 The Wilder School’s Town Hall—"Popular Politics, Populism and Donald Trump: Who Are ‘We the People’?"—drew a full crowd to Grace Street Theater on March 22 and generated two hours of robust, insightful discussion between the panelists and audience.

A video of the entire Town Hall can be viewed on the Wilder School’s YouTube page.

The Town Hall offered a community conversation about today's political climate, leadership, the nation's changing electorate and how citizens can get involved

“‘That we here highly resolve that these dead shall not have died in vain, that this nation, under God, shall have a new birth of freedom, and that government of the people, by the people, for the people, shall not perish from the earth.’

“Those words are as applicable today as they were then,” Governor Wilder said. “Because we are the people and you see the title that we have here, ‘Who are we the people?’ Sometimes those people need to stand up and be heard, and do other things to be seen and heard.

“Who represents the people, do the people really have the ear of their representatives?
And who really benefits from government? This is where we want this and subsequent symposia to lead us, and to focus. I hope that we can at our school, and our university, be a beacon of light to Lincoln’s admonition and to observe it.”

Events such as the Town Hall are an integral part of the Wilder School’s mission, Accordino said.

“Through our scholarship, our translational research, our teaching and our civic engagement, we seek to help our communities— our society— understand and address our most important public policy challenges,” he said.