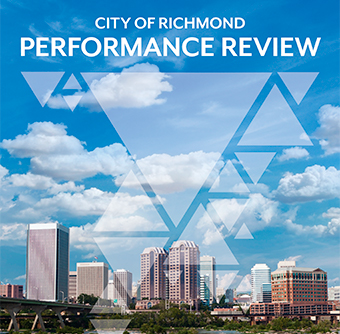 A new study out of the Wilder School finds a retool of key departments could improve the performance quality of Richmond’s City Hall. The City of Richmond Performance Review examines the internal and external challenges facing employees in 35 city agencies and departments and was conducted by the Performance Management Group at the L. Douglas Wilder School of Government and Public Affairs at Virginia Commonwealth University.

The review, which consisted of interviews, focus groups and survey responses from more than 1,200 respondents—from agency heads to city’s rank-and-file civil servants—found that employees are most hampered by inefficiencies in fiscal management and reporting, inflexible recruitment and retention practices, cumbersome procurement policies and the absence of cutting-edge, integrated information technology. Approximately 25% of city employees participated in the study.

These findings support the results of public surveys of Richmond residents conducted by the City Auditor in 2008 and 2016, which revealed a stark decline in citizen satisfaction with city government, from 81% to 34%.

“While all departments’ shortcomings must be improved upon, these four touch each agency in major ways and are essential if all departments are to effectively deliver services and make city government as a whole healthy,” said the study which was led by PMG director Jim Burke, Ph.D., and senior management consultant, Linda Pierce. 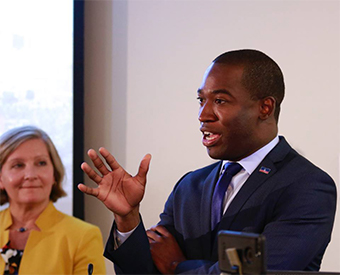 Mayor Levar Stoney commissioned the review shortly after taking office in January to study potential improvements to city government, with a particular focus on assessing processes and procedures, systems and technology, culture and communication, change, and people and relationships from the perspective of city employees. The study was funded by Altria Group and Dominion Resources with in-kind contributions from VCU. The results were released during a press conference on Thursday.

‌Stoney called the review “an honest reckoning” and described the recommendations put forth in the report as an “important first step” in delivering more effective, efficient services to Richmonders and confronting a “legacy of bureaucratic dysfunction.” Stoney said he would immediately implement the report’s recommendation to “create a cross-functional team” to prioritize the performance review report recommendations.

"It has been a pleasure working on this project to support improvements in the efficiency and effectiveness of City Hall," said Burke, who led the 100-day study.

"We know the mayor and his team will consider our recommendations as he prioritizes new initiatives alongside current ones. We are confident the improvements he and employees will bring to City Hall will be evident to the residents of Richmond in the coming years."

City Hall review highlights reasons for ‘legacy of under performance’

13 Takeaways from the City’s Performance Review