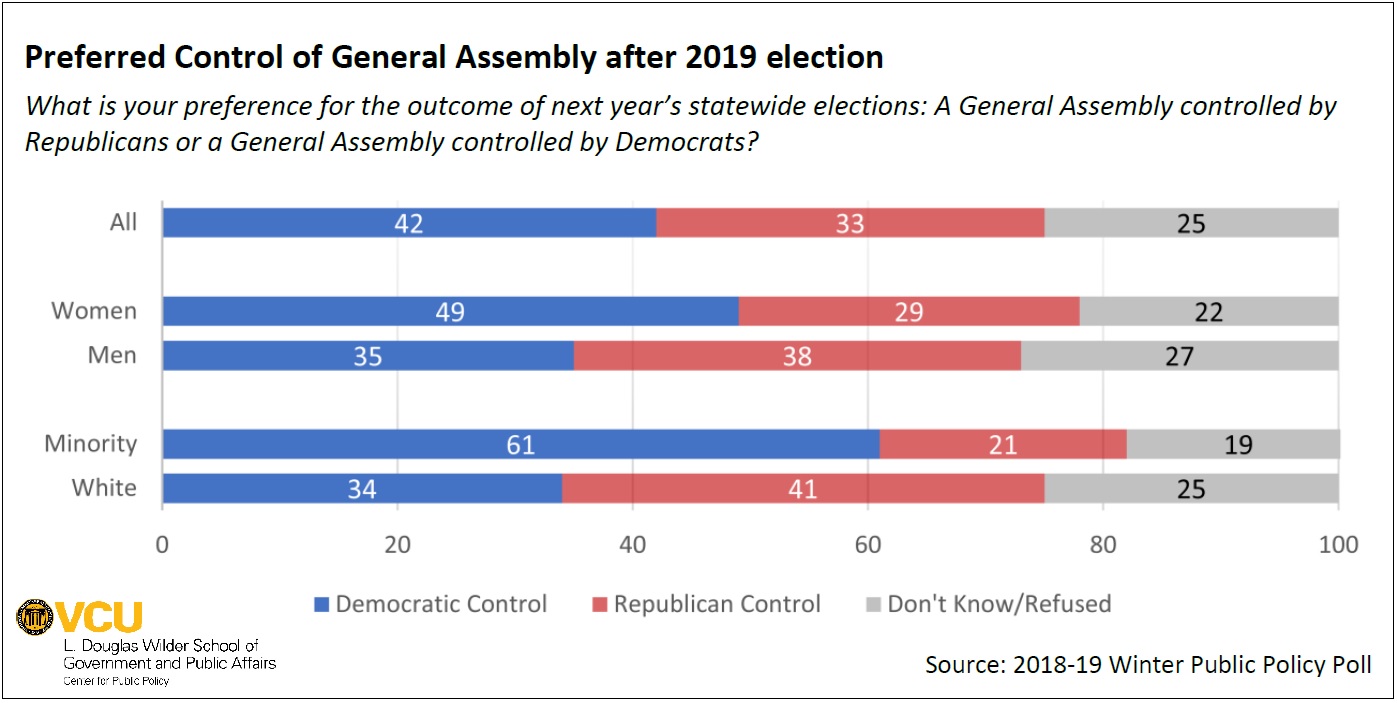 With every House of Delegates and state Senate seat up for election this November, and both chambers narrowly held by Republicans, a quarter of Virginians don’t know yet which party they want to control the General Assembly in 2020, according to a new poll by the L. Douglas Wilder School of Government and Public Affairs at Virginia Commonwealth University.

A plurality of 42 percent would like to see Democrats take control, compared to 33 percent who prefer that Republican control continue. Republicans currently hold a 51-to-49 seat edge over Democrats in the 100-member House, while the GOP controls the state Senate 21 to 19.

The poll also showed that a large portion of the public is uncertain how to grade Gov. Ralph Northam (43 percent) and the General Assembly (40 percent) on their job performance.

“Legislators appear to have an opportunity in the 2019 legislative session to make the case that their party should be in control this time next year to a significant group of undecided Virginians,” said Robyn McDougle, Ph.D., director of the Wilder School’s Center for Public Policy, which conducted the 2018-19 Winter Public Policy Poll. 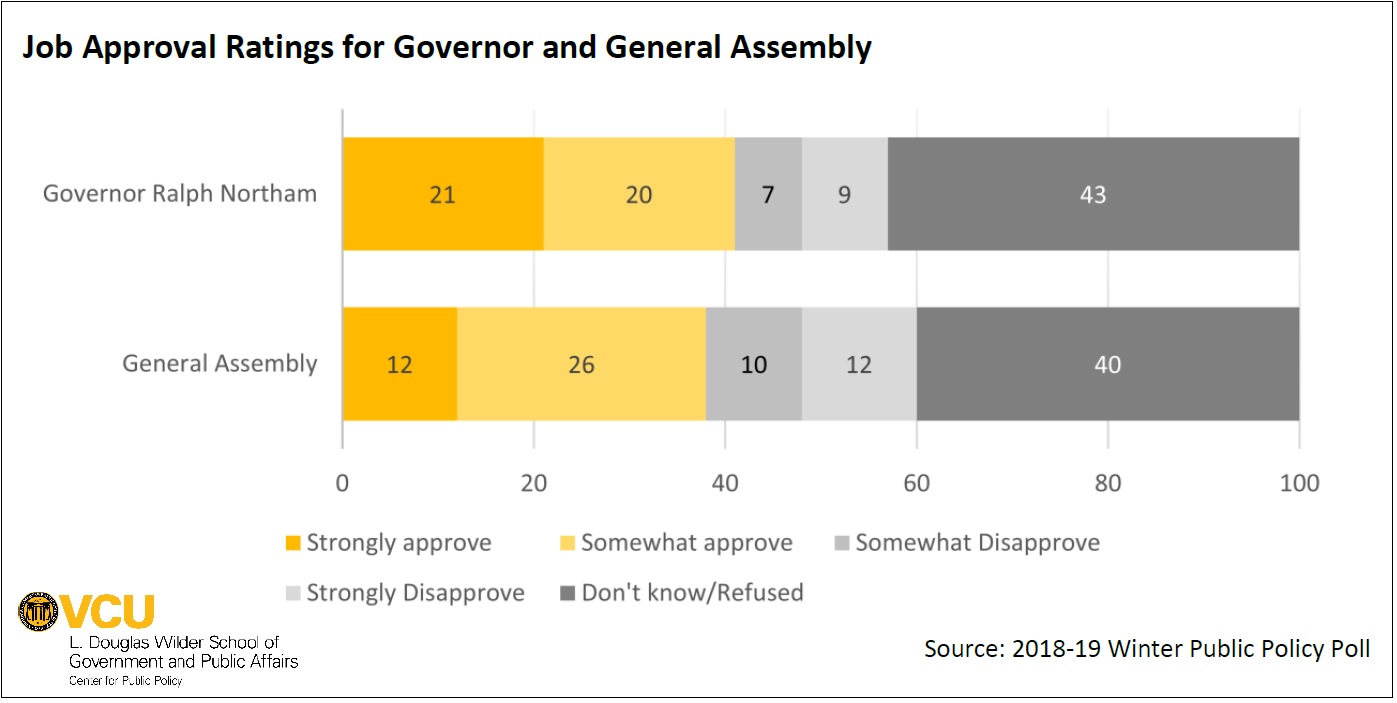 Additional findings of the poll show that 43 percent of respondents didn’t know, or refused to say, whether they approve of the performance of Northam, a Democrat, while 41 percent approved strongly (21 percent) or somewhat (20 percent) and 16 percent disapproved strongly (9 percent) or somewhat (7 percent). Of those who offered an opinion, 72 percent approved of his performance so far.

Respondents also were asked whether they would favor or oppose three types of policies often recommended as ways to improve government efficiency. Provided with a description of increased audits, public-private partnerships or outsourcing, half or more of respondents favored each policy. Increased audits was favored by 75 percent of respondents, compared to 57 percent who favored public-private partnerships and 50 percent who favored outsourcing.

“For policymakers interested in aligning efficiency efforts with public support, these findings show that increasing internal audits are the policy with the highest amount of support,” McDougle said.

For a PDF of the 23-page report, including complete question wording and detailed tables of results, go to oppo.vcu.edu/policy-poll/.

On Jan. 8, the Wilder School’s Center for Public Policy will release further poll results that cover issues of public safety, including gun policy, while a Jan. 10 release will examine economic development, including a question about Virginia landing part of the new Amazon headquarters, and funding for K-12 education.