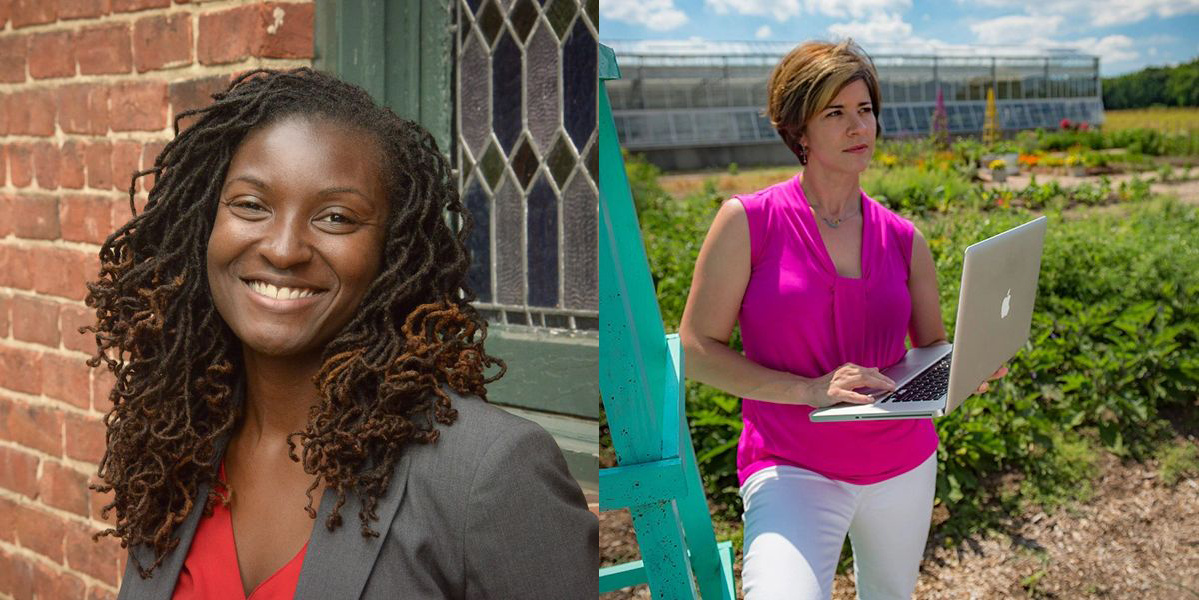 The Richmond Racial Equity Essays project combines urban planning and governance ideas into a locally sourced collection. Its creators see it as a vital tool to help advance racial equity in the city.

What does a 21st-century racially equitable urban environment look like? That’s a question that will require more than one viewpoint to answer. To explore a justice-based future for Richmond, a new project will provide nearly 50 perspectives as to what could be. The Richmond Racial Equity Essays — created by a pair of VCU professors and a local activist — are a multimedia project combining 24 essays, seven video interviews and an eight-episode podcast series to illustrate hope from a multitude of residents. All essays will be compiled in an e-book format for download.

“Anybody in the city that cares about social justice, race, place, policy and equity will find these essays interesting and compelling,” said Ebony Walden, an urban planning consultant and adjunct professor at the Virginia Commonwealth University L. Douglas Wilder School of Government and Public Affairs.

All essays and podcast episodes published Sept. 15, with videos scheduled for release throughout the fall. On Oct. 15, the VCU Institute for Contemporary Art will host a panel discussion program related to the project.

‘Change starts with a conversation’

Developed as a “catalyst for engaging other voices and perspectives,” the Richmond Racial Equity Essays was inspired by the 2015 Just City Essays, but pivot that project’s geopolitical focus to Richmond, a city wrought with a racially complex legacy. Walden joined with Meghan Gough, Ph.D., an associate professor in the Wilder School, and Duron Chavis, an urban farmer and activist, to bring the effort to life. Together, the three began a collaboration to bring together voices from across the community.

As an inclusive community effort, Richmond Racial Equity Essays draws together many separate but concurrent urban planning and governance ideas into a locally sourced collection.

“It will take our collective vision and action ... a comprehensive, multisector, intergenerational, intersectional approach to our anti-racist work, which links people, communities and strategies across policy arenas to dismantle hundreds of years of racism and reimagine our city and our nation,” Walden said.

Walden and Gough see the project as a vital tool to help highlight and develop the strategies that will lead Richmond toward a solid framework for advancing racial equity. Within the essays, readers will learn about community advocates and organizational leaders through their firsthand experiences.

“Dismantling structures of racism cannot be done by only a few people or institutions — it requires us to consider policies and practices across institutions and question everyday behavior and norms,” Gough said. “Sharing the experiences and perspectives from so many voices across Richmond allows people a glimpse into some of the different manifestations of racism, which many never notice because of privilege.” 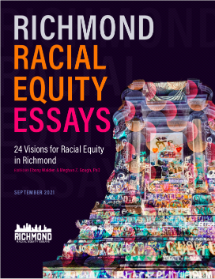 practices across institutions and question everyday behavior and norms,” Gough said. “Sharing the experiences and perspectives from so many voices across Richmond allows people a glimpse into some of the different manifestations of racism, which many never notice because of privilege.”

Richmond, an American city and symbol for change

2020 was a powerful year — compounded by the COVID-19 pandemic, the murder of George Floyd and the following protests and renewed activism around race — all social barometers that it was time to confront many social challenges facing cities across America. Richmond was a microcosm for this unrest, born as the former Civil War capital of the Confederacy.

“Richmond is our home,” Walden said. “We are both city planners, so we want to first and foremost impact the city where we live. The hope is that this project will lead Richmond toward a solid framework for advancing racial equity and be a model for discussion in other U.S. cities.”

Walden’s experiences have taught her that people want to become more involved in a discussion about equity, but often don’t know how to move from talk to concreteness. Richmond Racial Equity Essays helps to bring to light the people working to transform a city, Walden said.

Both Walden and Gough were moved by the unique experiences of project participants.

“I was surprised at the bravery of our essayists, especially so many who shared personal stories and allowed themselves to be vulnerable in such a ‘public’ space,” Gough said. She sees the content as something that will stay on people’s minds and potentially add a new layer to the lens by which they see, understand and advocate for equity.

Raising questions about inclusion, access, participation and agency, the essays tell stories of persistent injustices, but also offer hope for a new era by acknowledging the past.

Gough views the project as essential material for her students to understand and make sense of present-day Richmond.

“The essayists each provide examples of how these issues arise in Richmond, all of which are relevant to inform the Wilder School's mission to educate, inform and advance public policy and decision making,” she said.