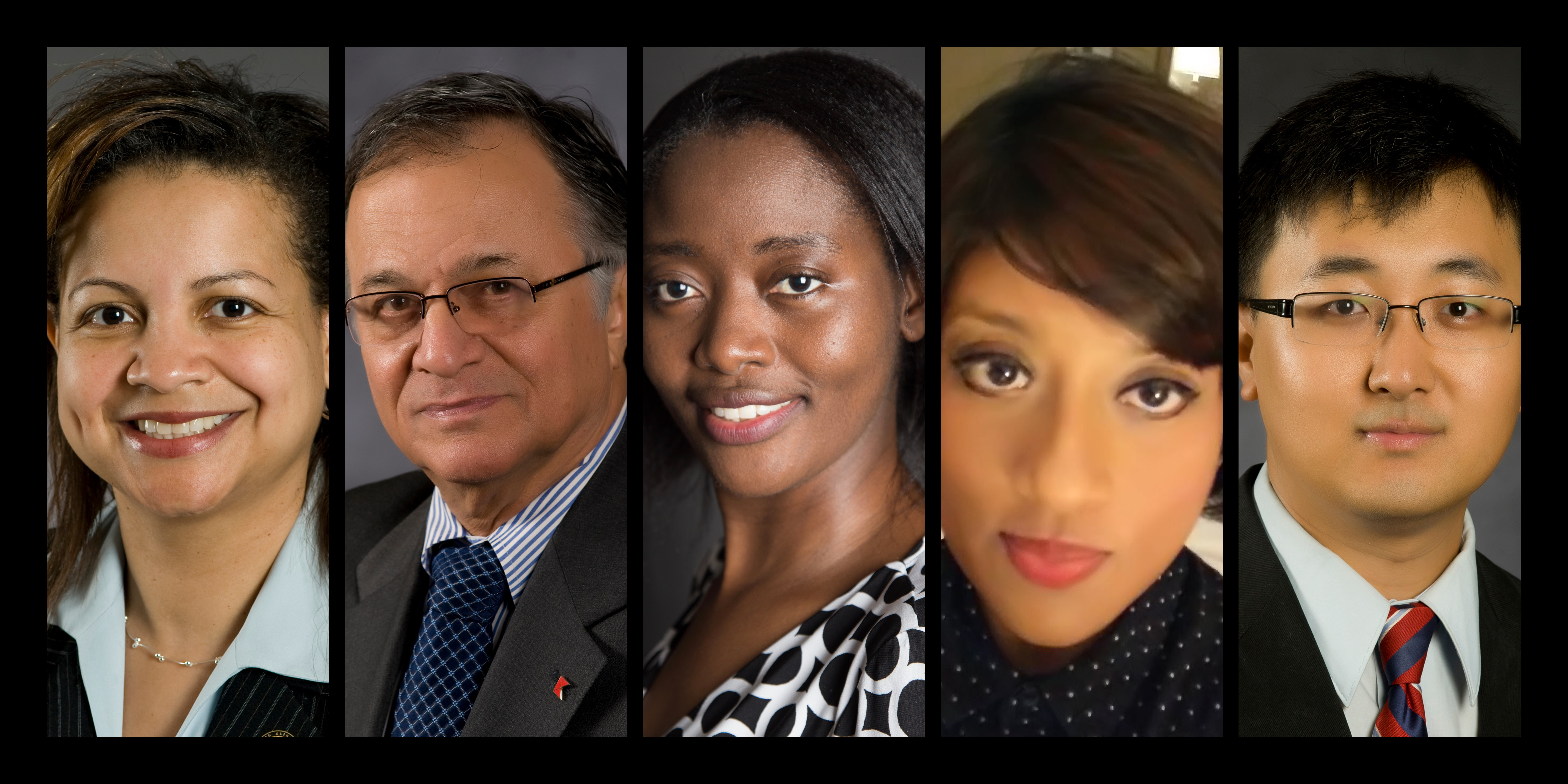 The 2019 ASPA Honorees from the VCU Wilder School are:

ASPA is the nation’s preeminent association of public management professionals. Its membership of more than 8,000 students, academics and practitioners represent all levels of government and include every substantive function and specialty area within the public and non-profit sectors.

The high honors were granted by the association and its various divisions, including the ASPA Endowment and the Section on Women in Public Administration (SWPA).

The recipients of the ASPA 2019 Awards from the Wilder School include: 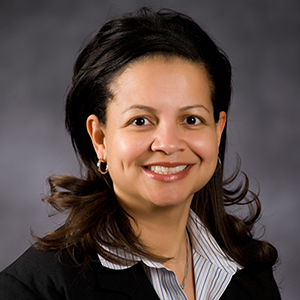 Susan Gooden, Ph.D., interim dean and professor of public administration and policy, received the Joan Fiss Bishop Leadership Award. Presented by SWPA, the Fiss Bishop Award recognizes an honoree’s impact on women’s lives through the promotion of increased participation of women in the public service profession; a defined contribution to increased involvement in the public sector; and a commitment to the profession through current or past ASPA membership.

Gooden is an elected fellow of the congressionally chartered National Academy of Public Administration (NAPA) and is vice chair of the Virginia Community College System Board. She was elected ASPA president in 2016, making history as the first African-American woman to hold the association’s highest office in its 77-year history. During her tenure as president, Gooden increased support for global collaboration around research and social exchange for emerging scholars through the International Young Scholars Workshop and expanded the association’s reach through the growth or reinstatement of seven new chapters in Alabama, the Bay Area, Central Virginia, Colorado, Houston, Kansas and Oklahoma.

Gooden, who joined the Wilder School in 2004 as director of graduate programs, and was appointed interim dean in May has led an impressive career at VCU. She is the founder of the Wilder Graduate Scholars Program, a fellowship program which has generated $2.1 in tuition assistance for exceptionally talented students and the former executive director of The Grace E. Harris Leadership Institute (GEHLI), an organization that promotes the development of current and emerging leaders in the community, academic institutions as well as public, private and nonprofit organizations.

A prolific scholar, Gooden has served as principal investigator for 21 grants totaling more than $1.7 million and has published numerous chapters, refereed journal articles and peer-reviewed publications. She is the author and co-author several books, including Why Research Methods Matter, Race and Social Equity: A Nervous Area of Government and Cultural Competency for Public Administrators, a co-edited volume. Gooden will be recognized at the SWPA National Awards Breakfast on Monday, March 11. 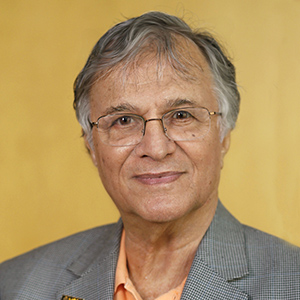 Blue Wooldridge, D.P.A., professor of public administration and policy, received the Paul V. Van Riper Award for Excellence in Service. The award honors a nationally recognized leader and innovator in the practice and teaching of personnel administration.

Wooldridge is renowned for his studies on public sector management, organizational behavior and cultural competence. His scholarship examines the role of administrators, systems and policies in promoting the equitable distribution of benefits and services in a variety of contexts. Wooldridge’s lifetime contributions to public service spans more than five decades. Initially trained as a physicist, he discovered his passion for public administration by happenstance after landing a job as a VISTA Corps Supervisor shortly after graduating from college. That position led to a decade-long career as a manager and budget analyst of complex federally funded programs and sparked a lifelong interest in developing policies and practices that improved the quality and effectiveness of public services. In the years that followed, Wooldridge has written or co-authored a legion of publications, consisting of over 100 refereed articles and professional reports; developed robust consulting partnerships with governments in two dozen countries; and garnered countless accolades, including an appointment as a Fulbright Visiting Scholar at the University of Dar es Saleem in Tanzania and election as a NAPA Fellow.

Wooldridge has held positions on either the board of directors or national council of ASPA, NAPA, the Network of Schools of Public Policy, Affairs, and Administration (NASPAA) and the International Association of Schools and Institutes of Administration. In his 31 years of service at VCU, he has consistently used these platforms to strengthen the field’s commitment to promoting equity and diversity. For example, Wooldridge was integrally involved in the development of NASPAA’s Ph.D. Pathways Initiative, a paid internship program that provides a pipeline for under-represented minorities who wish to pursue a doctoral degree in public policy and administration. He was also among the core advocates for the network’s Minority Serving Institutions’ Initiative, which offers voluntary technical support to minority-serving institutions undergoing the accreditation review process.

In his nomination letter written and endorsed by some 50 national peers, Wooldridge was lauded as “a generous colleague” and as “a champion for the creation of programs and initiatives that will have a positive impact on the diversity of the public service profession for years to come.”  Wooldridge will be honored during the Nesta Gallas Lecture on Sunday, March 10. 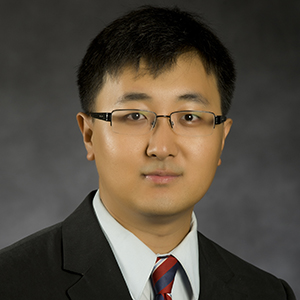 Jin is the associate editor of the Journal of Public and Nonprofit Affairs and symposium editor for Public Administration Education in Asia, a special issue supported the Journal of Public Affairs Education. His research focuses on the development of public human resources and have appeared in such journals as Public Performance Management Review, International Review of Administrative Sciences, Review of Public Personnel Administration and American Review of Public Administration, among others. Prior to joining the Wilder School, he worked extensively as a systems project consultant for a number of state government agencies in Florida, including the Department of Financial Services, Department of Health and Department of Children and Families.

Jin is an accessible mentor to his students whom he advises both in his capacity as a faculty member and as the faculty advisor to the Wilder School’s PAA chapter, a role he has occupied for the past eight years. In November, he was awarded the PAA Faculty Advisor Award of Excellence from NASPAA for his extraordinary contributions to the chapter.

Hyeon Uk-Bak, a doctoral candidate in public policy and administration, received the Junior Asian Scholarship Award. Uk-Bak received a cash prize for his paper, “Unpacking the Transformational Leadership-Innovative Work Behavior Relationship: The Roles of Psychological Capital, Autonomy, and Public Service Motivation,” which examines multiple workplace motivation theories and the psychological levers that help stimulate and sustain creativity. Bak is a native of Korea and has been published the International Journal of Public Sector Performance Management

Sombo Chunda, a doctoral student in public policy and administration, received the John W. Mode Scholarship. Presented by the ASPA Endowment, the award provides support for an exceptional graduate student with a demonstrated commitment to public service. Chunda, who has distinguished record of service in international development, studies corruption, accountability and gender. Prior to joining VCU, Chunda was country manager in Zambia for the Swedish International Development Organization, Diakonia. While there, she directed a ‘strengthened accountability program’ an effort that led to the first-of-its-kind collaboration between the government of Zambia, the mining sector and 16 civil society organizations operating within the nation’s Copperbelt. Chunda is an alumna of the Mandela Washington Fellowship Program and the recipient of the Young Public Service Award, Zambia's highest prize for civil service.

utta, a doctoral candidate in public policy and administration, received an appointment as a 2019 ASPA Founders’ Fellow. The program recognizes outstanding students and new professionals (within three years of their graduation) in the field of public service and public administration. Founders’ Fellows present their scholarship during the ASPA Annual Conference, receive substantial professional development and networking opportunities, and are paired with a seasoned scholar or practitioner who serves as their mentor for their Fellowship year. Dutta studies social equity and inclusion in the context of organizational behavior and community development. Prior to pursuing her doctorate, she worked in finance, non-profit organizations, and university affiliated research centers as a program manager, consultant and researcher.