Former Va. Gov. Gerald Baliles, who served at the top of the ticket during a historic run for statewide office in 1985, dies at 79 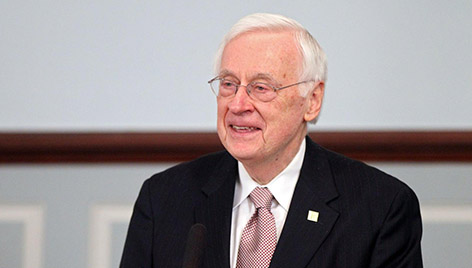 Former Va. Gov. Gerald Baliles who served at the top of the ticket during a historic run for statewide office in 1985 has died.

The Commonwealth of Virginia and Southwest Virginia have lost a truly great statesmen today. We offer our deepest condolences to the Baliles family for their loss.

Governor Baliles will rightly be remembered as a champion of efficiency who secured monumental investments in infrastructure that spanned highways, airports, harbors and rail and significant protections for the Chesapeake Bay. He was a common-sense moderate who gained bi-partisan support for instant background checks on firearm purchases and a bold supporter of higher education.

As the 65th Governor of Virginia, Governor Baliles embodied the momentum of the New South. As a candidate for Virginia’s chief executive office, he led a historic ticket in 1985 that included Sen. L. Douglas Wilder for lieutenant governor and Del. Mary Sue Terry for attorney general. Wilder and Terry would go on to become the first African American and the first woman, to serve in elected statewide office, respectively.

I am joined in my remembrance by my colleague, the 66th Governor of Virginia and a distinguished professor at the school that bears his name, L. Douglas Wilder. Gov. Wilder shared his reflections of Gov. Baliles in a statement issued earlier today:

Jerry Baliles and I go back quite a ways.

I was in the Senate when he was first elected to the House. We both ran on subsequent tickets afterward and were always successful.

We served together, leading the state from 1986-1990 and had a good working relationship. He was understated and very disciplined and measured.

He, along with Governor Robb, opened doors for women and African Americans, and my being elected Governor was the result of our working together to enlarge the electoral process and to promote inclusiveness.

I join my fellow Virginians in mourning the loss of a former Governor who was clearly so dedicated to the Commonwealth.