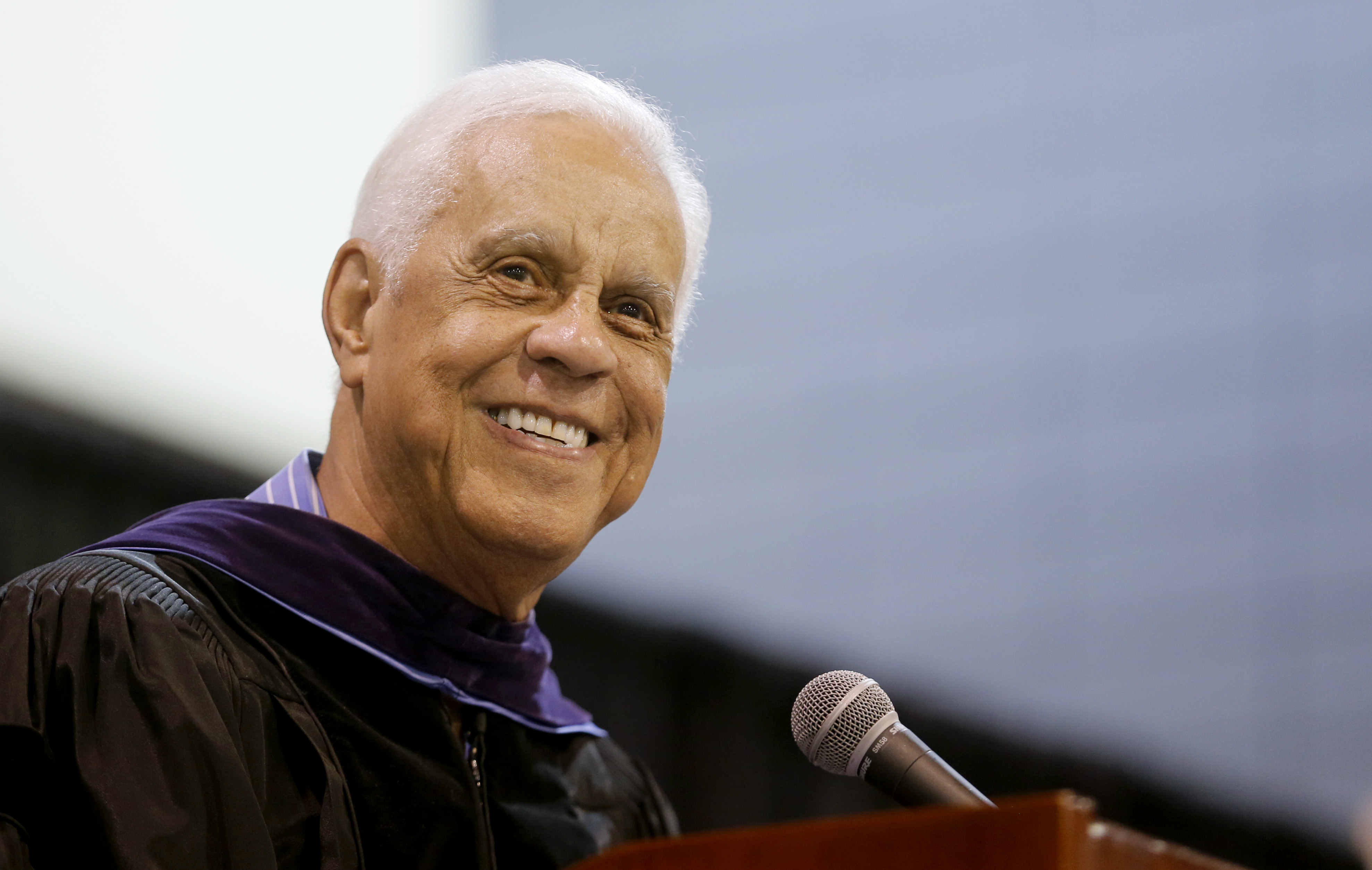 L. Douglas Wilder, 66th governor of Virginia and distinguished professor at the school that bears his name, will deliver the Wilder School’s graduation address on Saturday, December 9.

The ceremony will be held in the Greater Richmond Convention Center, Exhibit Hall C, starting at 2:30 p.m. Also speaking will be Wilder School Dean John Accordino, Ph.D., FAICP, who will offer welcoming and closing remarks.

Governor Wilder became the first African-American to be elected governor in the United States, leading Virginia from 1990-94. As governor, he was commended for his sound fiscal management and balancing the state budget during economic times. Financial World magazine ranked Virginia as the Best Managed State in the U.S. for two consecutive years. He served as lieutenant governor from 1986-90 and was previously a state senator representing Richmond. He served as mayor of Richmond from 2004-08.

The Wilder School’s graduation is one of 25 school and departmental exercises that will take place December 8-9. All exercises will culminate in a comprehensive VCU commencement ceremony on December 9 at the Siegel Center, beginning at 10 a.m.