Hoops for Hope: Mo Alie-Cox and Torey Burston Bring Inspiration to Inmates and Their Sons 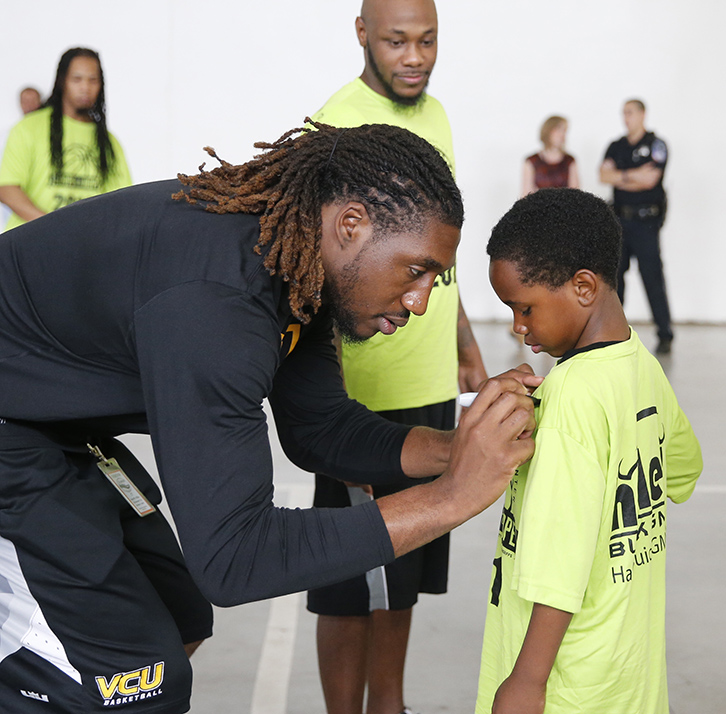 VCU basketball stars and Wilder School students Mo Alie-Cox and Torey Burston embraced the smiling fathers and sons as they entered the classroom at the Richmond City Justice Center.‌

The men—inmates at the Richmond and Chesterfield jails—and their sons, ranging from pre-schoolers to eighth graders, sat in rapt silence as the student athletes relayed their motivational message of hope, hard work and perseverance and then shared some dribbling and twirling techniques.

“This means a lot to me,” said Jerrylee Wright, holding the hand of his 4-year-old son, Jerrylee Jr., before heading to the gym with the group to play ball. “Being able to spend time with him on the basketball court is a blessing. Words can’t describe it. And just hearing the insights from Mo and Torey means a lot.”‌

Alie-Cox, who’s pursuing his master’s in Criminal Justice, and Burston, a Homeland Security and Emergency Preparedness major, came to the jail the morning of June 22 as part of Hoops for Hope, a program sponsored by the Richmond City and Chesterfield County Sheriff’s Offices to help male inmates build relationships with their sons.

Hoops for Hope is part of the REAL—Recovering from Everyday Addictive Lifestyles—program at the Richmond jail, started by Wilder School alumna Sarah Scarbrough, director of internal programs. In the voluntary program, inmates to take classes in areas including parenting skills, anger management and remedial math. The men had to apply to participate in Hoops for Hope and were excited about meeting the players. 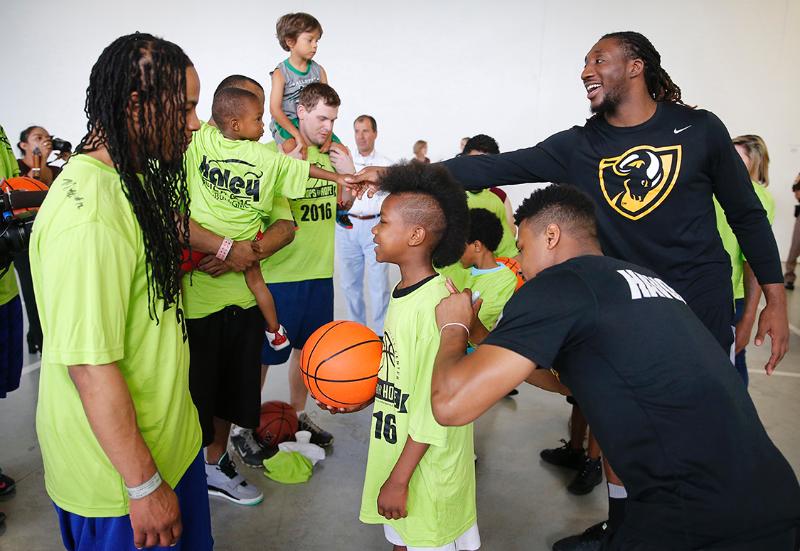 “I can’t say enough about the athletes coming here. They are role models and great examples,” said Richmond Sheriff C.T. Woody Jr. “They’re helping the fathers in the program by being here. You can be a good father inside the jail, but you can be a better father outside the jail.”

Also joining the program were fellow hoopsters Ed Davis, a 2008 Benedictine graduate and a forward-center for the Portland Trail Blazers, and Ben Wallace, a Virginia Union University alumnus who played with the Detroit Pistons. Davis and Wallace worked with fathers and high school-aged sons.

“We have continually seen the positive impacts of sports-based programs on reducing recidivism and increasing family cohesion. This program is one more opportunity for our students to take what they are learning in our classrooms and apply it to the real-world criminal justice system,” said Robyn McDougle, Ph.D., associate professor of Criminal Justice.

“Mo and Torey came to the Richmond jail on their day off to make it real for these men and their sons,” she said. “They understand the importance of giving back to the community and telling their stories to help others.”

After meeting with the fathers and sons, Alie-Cox and Burston went with the group to the jail’s gym, informally shooting hoops and giving pointers. Participants wore specially designed lime green T-shirts, which the athletes signed with their names and numbers (Alie-Cox, 12; Burston, 14).

Wednesday’s program included others with ties to the Wilder School, including Chesterfield Sheriff Karl S. Leonard, who studied Criminal Justice.‌‌ 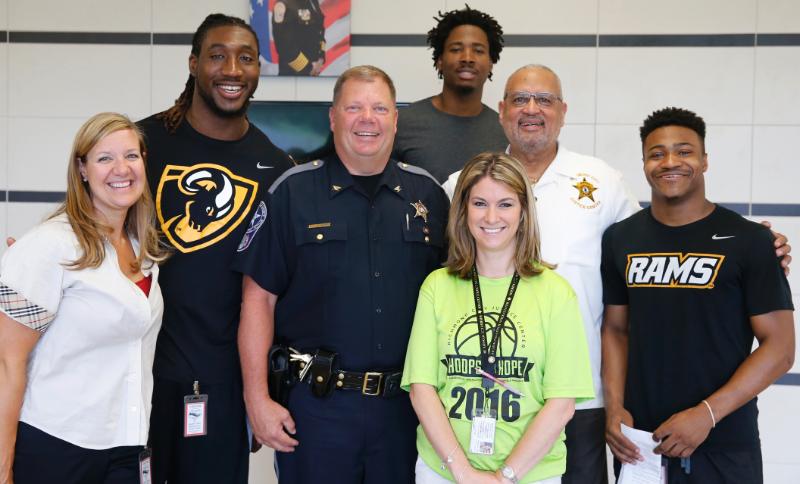 ‌‌"It’s awesome to have Wilder School students here because they see how what they’re learning in class applies here and the impact that it has,” said Scarbrough, who earned her master’s and doctorate from the school.

Taylor Black, a senior in the Criminal Justice program, is working this summer at the Richmond jail and helped with the program.

“It’s one thing to watch crime shows on TV, but working here gives you a better understanding of how to deal with incarcerated individuals,” she said. “These are people who made bad decisions, but they’re still people.”