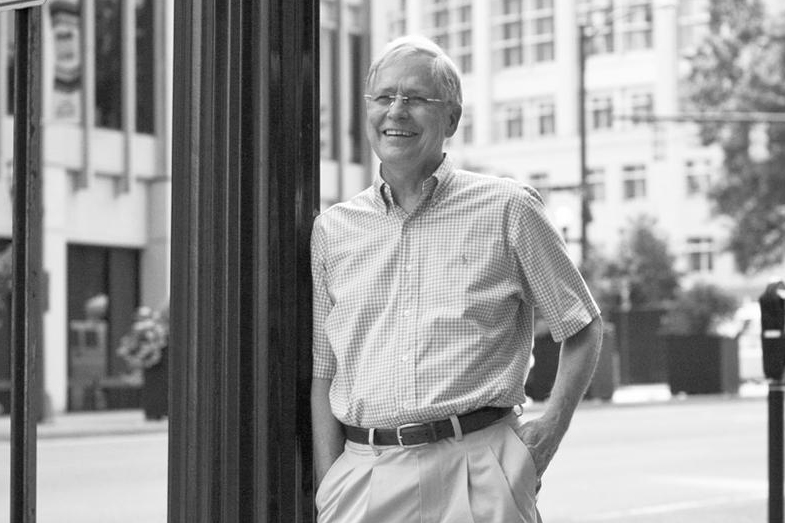 John Moeser, Ph.D., a professor emeritus at the L. Douglas Wilder School of Government and Public Affairs at VCU, Moeser was a founding member of the Urban and Regional Studies and Planning program at VCU and was active in the Richmond community as an advocate and scholar on race, politics and power. (Photo courtesy of University of Richmond)

John V. Moeser, Ph.D., a founding member of the Urban and Regional Studies and Planning program at Virginia Commonwealth University’s L. Douglas Wilder School of Government and Public Affairs and longtime educator and scholar on race, government and politics, has died at the age of 79.

“Dr. Moeser has been a tireless advocate for a more just society, pushing for greater collaboration in our community, challenging structures of power around race and politics in our region and encouraging more thoughtful approaches to urban planning that center the people within communities across the country,” said Susan Gooden, Ph.D., dean of the L. Douglas Wilder School of Government and Public Affairs at VCU. “His leadership as a scholar, educator and founding member of the Urban and Regional Studies and Planning program at VCU has made an impact beyond our field on the urban communities we live in, in Central Virginia and beyond.”

A professor emeritus of the Wilder School at VCU, Moeser joined VCU as an assistant professor in 1971 and was among the founders of the Urban and Regional Studies and Planning program in 1974. Over the course of 35 years at VCU, he taught thousands of students, authored several books on race and politics and the relationships between cities and suburbs, and continuously engaged in community efforts aimed at creating an environment in Richmond that incorporated the perspectives of all its residents. He retired from VCU in 2005.

But even retirement couldn’t keep Moeser away from his life’s work; he spent the next 12 years studying census data, race, politics and poverty as a senior fellow at the Bonner Center for Civic Engagement at the University of Richmond.

“From the moment he arrived in Richmond 47 years ago — during one of the city’s most turbulent periods in the modern era — he began documenting our fractured past even as he sought to heal it,” wrote Richmond Times-Dispatch columnist Michael Paul Williams in a column on Moeser’s second retirement in 2017.

Moeser’s work studying government and politics in southern cities, including Richmond, has not shied away from how those cities’ urban and regional planning policies placed Black residents at a disadvantage based on race. In 1982, he co-authored “The Politics of Annexation: Oligarchic Power in a Southern City” on Richmond’s 1970 annexation of 23 square miles of land and 47,000 residents in Chesterfield County, which diluted the voting power of Black residents in Richmond.

“What my co-author and I did not anticipate when the book was first released in the early 1980s was the high level of interest that it generated both in the academic world and the general public,” said Moeser in a 2020 VCU News interview about the book’s free release. “I think what contributed to the book’s popularity was that the history, politics and raw power involved in reducing the Black proportion of Virginia’s capital city had all of the ingredients of a novel. Events that were so outlandish, crude and insulting to African Americans were revealed to the public for the first time.”

His 1995 co-authored book, “The Separate City: Black Communities in the Urban South, 1940-1968,” explored the effects of development policies, urban renewal programs, the battle over desegregation in public schools and other factors on the racial politics that created power imbalances between southern cities’ Black residents and those cities’ white power structures.

His work to challenge racism in urban and regional planning policy included stints as chair of Richmond’s Human Relations Commission and as a member of numerous nonprofit boards, city commissions and task forces focused on addressing racial disparities and related outcomes including poverty. In his role at the University of Richmond, he spent time “Unpacking the Census,” sharing census data and stories of individuals to urge action to combat poverty.

"What do teachers most value? It is not the awards, prominence in professional societies, or the public recognition — if it ever comes. Besides, all of that is fleeting. For teachers, what is most valuable are the men and women who filled our classrooms, sat in our offices, worked beside us, challenged us, humored us, ticked us off and reaffirmed our decision to become teachers."

John Moeser, Ph.D., in a 2003 column reflecting on the history of VCU's Urban and Regional Studies and Planning program

In 2017, Richmond’s Sixth Mount Zion Baptist Church awarded Moeser the John Jasper Trailblazer Award, which recognizes service, dedication and commitment to the African American community. As recently as 2021, Moeser was still encouraging collaboration to spur action and working to educate the Richmond community, sharing insights in a Richmond Times-Dispatch column as a member of the oversight committee of a coalition of local churches focused on telling the full story of slave labor, race and racial disparities and their persistent role in Richmond’s history.

“Our program lost an important figure this week with the passing of Dr. John Moeser,” said Jimmy Chen, Ph.D., a professor and the chair of the Urban and Regional Studies and Planning program. “As a program, we seek to serve those interested in broadening and deepening their civic learning, civic engagement and civic action through intentional and inclusive teaching, scholarship and practice. These values, which have guided us since our beginnings in the 1970s, were put in place by Dr. Moeser as a founder of our program, and he certainly embodied them throughout his life as an educator, mentor, scholar and community leader.”

John Accordino, Ph.D., a professor in the Urban and Regional Studies and Planning program in the Wilder School who joined VCU in 1986 and later served as the program’s chair, worked alongside Moeser for nearly two decades.

“Although he often said he was ‘only’ a political scientist and not a planner, John Moeser’s political vision of the just and equitable community that was truly democratic was the perfect keystone for our programs,” Accordino said. “John’s first book (with Rutledge Dennis), ‘The Politics of Annexation,’ published in 1982, established his reputation in Richmond and beyond as a voice of conscience, calling us all to be our better selves, overcome racial injustice and establish strong city-county collaboration. This vision guided our programs and set us on the path that we continue to follow to this day.

“Working with John Moeser was inspiring. It gave you courage to orient your work toward things that made a truly positive difference in the community and the world. You were a part of something much bigger than yourself. But whatever you did and however you did it, John always had your back. He was one of the kindest, gentlest and most supportive persons I’ve ever known. He was a good man who worked on behalf of others. I will miss him very much.”

His path to exploring urban studies, Moeser remarked in a 2003 column he authored for VCU News reflecting on the program’s history, surprised even him as a native of Colorado City, Texas, who grew up in Lubbock and who, until completing his Ph.D. in political science at the George Washington University in 1970, had spent little time in cities. But those who knew Moeser say he took to heart the mission laid out at VCU’s founding in 1969, something Moeser himself reflected in his 2003 VCU News column.

“The Department of Urban Studies and Planning has taken seriously the charge that the Wayne Commission (the panel that created VCU) gave to the university itself; namely, to develop a cooperative relationship with urban communities and to bring to bear on the issues affecting metropolitan areas the resources of the university in an effort to improve the quality of life,” Moeser wrote in 2003. “This department has done exactly what Ellen Lagemann, professor of history and education at Columbia University, once said about the goal of any university that defines professional service as a central mission — which is ‘to bring knowledge into intimate relationships with the small, daily problems of real people and real neighborhoods.’”

At the center of Moeser’s and his colleagues’ career, though, were not just the faculty dedicating themselves to the mission, but the students they taught — about 6,000, he estimated in his 2017 interview with the Richmond Times-Dispatch — who would carry on the torch of developing solutions for urban environments that benefit the people who live there and ensuring a more just environment for generations to come.

“What do teachers most value?” Moeser asked VCU News readers in 2003. “It is not the awards, prominence in professional societies, or the public recognition — if it ever comes. Besides, all of that is fleeting. For teachers, what is most valuable are the men and women who filled our classrooms, sat in our offices, worked beside us, challenged us, humored us, ticked us off and reaffirmed our decision to become teachers.”

A memorial service for Moeser will take place at 11 a.m. Saturday at Second Presbyterian Church, 5 N. 5th Street in Richmond.