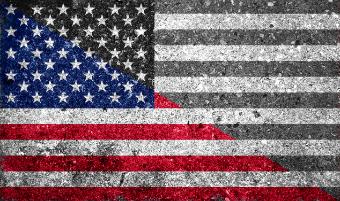 Conference attendance is free and open to the public, but registration is required.   You can register here.

Panelists will examine the meaning of Kerner—the landmark 1968 report that declared the United States was moving toward two societies, “one black, one white; separate and unequal”—through a timely and provocative analysis of persistent gaps in education, housing, welfare and community relations.

Hosted by the Roy Wilkins Center for Human Relations and Social Justice at the Hubert H. Humphrey School of Public Affairs at the University of Minnesota, the conference will feature keynote speeches from L. Douglas Wilder, the nation’s first elected African American governor, and former U.S. Senator Fred Harris of Oklahoma, the only surviving member of the Kerner Commission.

The conference will culminate in two publications: a commemorative volume of RSF: The Russell Sage Foundation Journal of the Social Sciences, co-edited by Susan Gooden, Ph.D., interim dean and professor at the Wilder School, and Samuel Myers Jr., Ph.D., Roy Wilkins Professor of Human Relations and Social Justice at the Humphrey School, and a special edition of The Review of Black Political Economy.

In addition to the Wilder School, the event is made possible by support from the Humphrey School, the National League of Cities, the Russell Sage Foundation and the Sloan Foundation.

The conference will be held at the Humphrey School, located on the campus of the University of Minnesota in Minneapolis, 301 19th Avenue South, Minneapolis, MN, 55455.

The main conference meeting spaces—the Cowles Auditorium and the Mondale Commons—are located on the first floor and are fully accessible.

“We will revisit findings and recommendations of the report from 50 years ago in light of today’s political realities, social structures and policy debates,” Gooden said. “We will explore three central questions: what progress has been made, what worked and what did not, and what are the implications for future policymakers.”