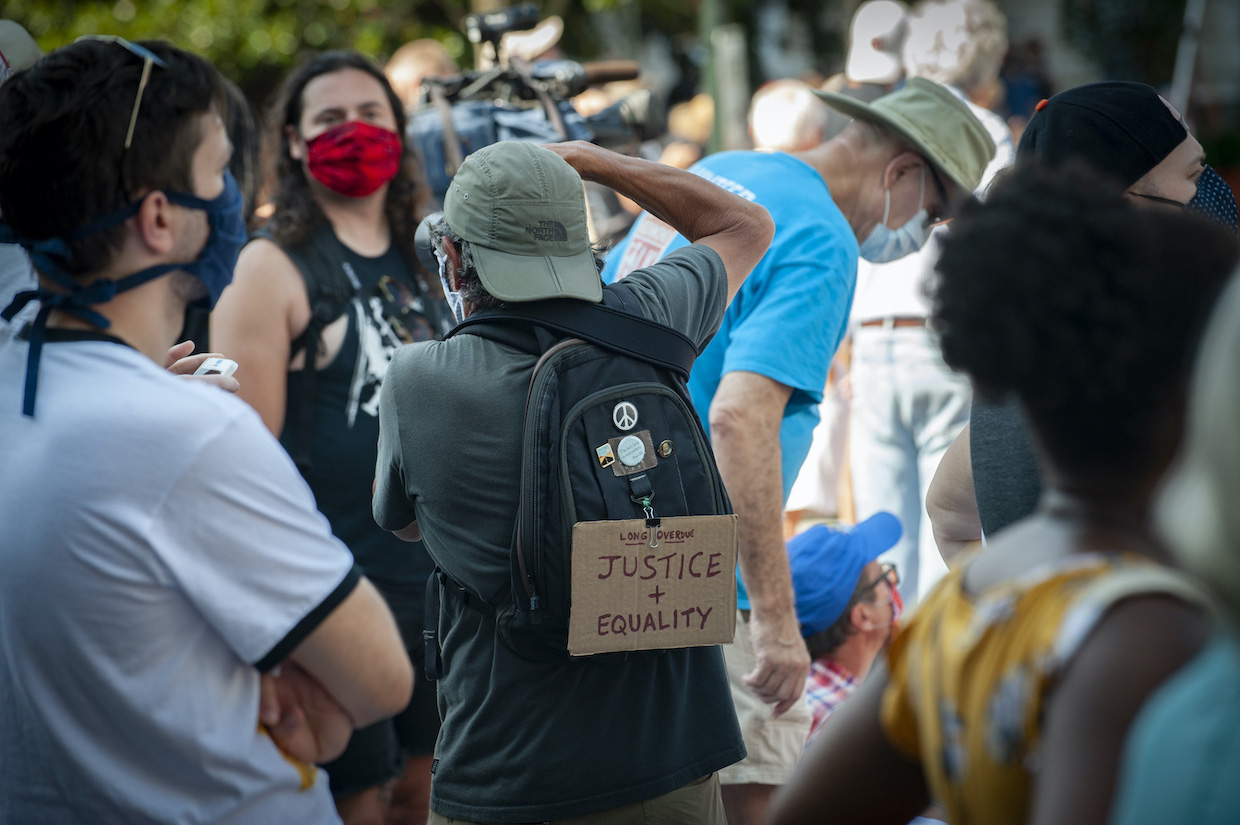 Crowds gathered throughout the summer in Richmond and across the country to protest police brutality and systemic racism. (Kevin Morley, University Marketing)

RICHMOND, Va. (Jan. 18, 2021) — Gov. Ralph Northam called the 2020 special session of the General Assembly to address the forecasted budget shortfall and the ongoing calls for social and criminal justice reforms in Virginia. Only 14% of Virginians felt that the policies passed to address systemic racism confront the issue while 18% feel that they do not address the issues at all, according to a new statewide Commonwealth Poll conducted by the L. Douglas Wilder School of Government and Public Affairs at Virginia Commonwealth University.

“An overwhelming majority of Virginians feel that the 2020 special session of the General Assembly called by Governor Northam failed to address systemic racism or address the issue at all. Also, a plurality disapprove of Governor Northam’s use of $1 million for a yearlong investigation into racism at [Virginia Military Institute], and a majority also believe ethnic and racial diversity at the state leadership level and at the local level has led to increased segregation in our education system,” said former Gov. L. Douglas Wilder. 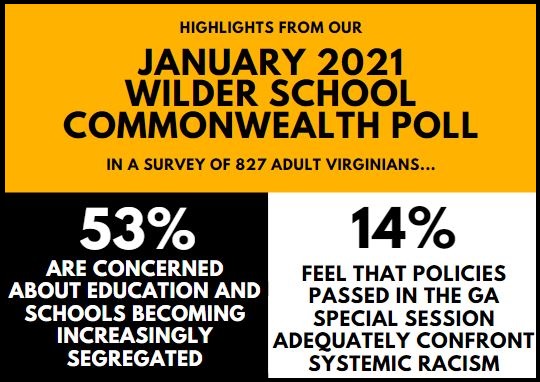 The lack of racial and ethnic diversity in education at leadership and school district levels is also of concern. A majority of Virginians, 53%, are concerned about schools and the education system becoming increasingly segregated while 43% say they are not concerned. Democrats and minorities were more likely to be concerned, at 83% and 69% respectively.