McDougle Reappointed to State Board 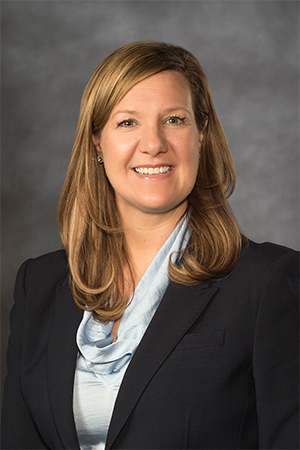 McDougle, associate professor of Criminal Justice and director of the Wilder School’s Office of Public Policy Outreach, was recently reappointed to a second four-year term on the Virginia Board on Juvenile Justice by Gov. Terry McAuliffe.

During her tenure, she said, the board’s biggest focus “has been the transformation of the Department of Juvenile Justice toward therapeutic corrections.”

Two new therapeutic facilities are in development for Northern Virginia and Hampton Roads, which will allow youth to keep their family connections. With the closing in June of Beaumont Juvenile Correctional Center, the only remaining such facility remains in Bon Air.

“It’s been an amazing transformation, one I wholeheartedly believe in and support,” said McDougle, whose recent research has focused on children who are raised in high-crime, low-income neighborhoods and how that impacts their future, and analyzing whether they’re working with the proper community-service providers.

“We want to make sure that we provide the right services to the youth in the juvenile justice system and help them grow into healthy, productive adults.”

Under the state’s plan, when Beaumont closed, the cost savings realized from its shuttering went back into the Department of Juvenile Justice—and not to the state. That’s given the department the ability to reinvest in its programs

McDougle credits Andrew K. Block, Jr., who became director of the Virginia Department of Juvenile Justice in 2014, with leading the philosophical change of direction. The department’s emphasis is to:

A statewide poll conducted by the Wilder School last year found strong support for the proposal put forth by the Department of Juvenile Justice to close the state’s remaining two large, centralized juvenile correctional centers and replace them with a network of smaller, local community-based treatment alternative. The 2016 Commonwealth Poll: Public Safety, released by the Office of Public Policy Outreach, was conducted in a first-ever partnership with the office of the Virginia secretary of public safety and homeland security.

Eighty-four percent of respondents supported juvenile justice reforms that would reduce the use of large, adult-style incarceration facilities and instead use smaller, community-based therapeutic centers for juvenile offenders. There was also strong support—81 percent—for reinvestment of funds for localities that choose to incarcerate fewer juveniles by using community-based programs.

“To see my professional work at the Wilder School and my service work at the Department of Juvenile Justice come together in such a synergistic way was fulfilling,” McDougle said. “It was exciting to see the Wilder School’s poll used by the director as he spoke to members of the General Assembly about changing the philosophical direction.”