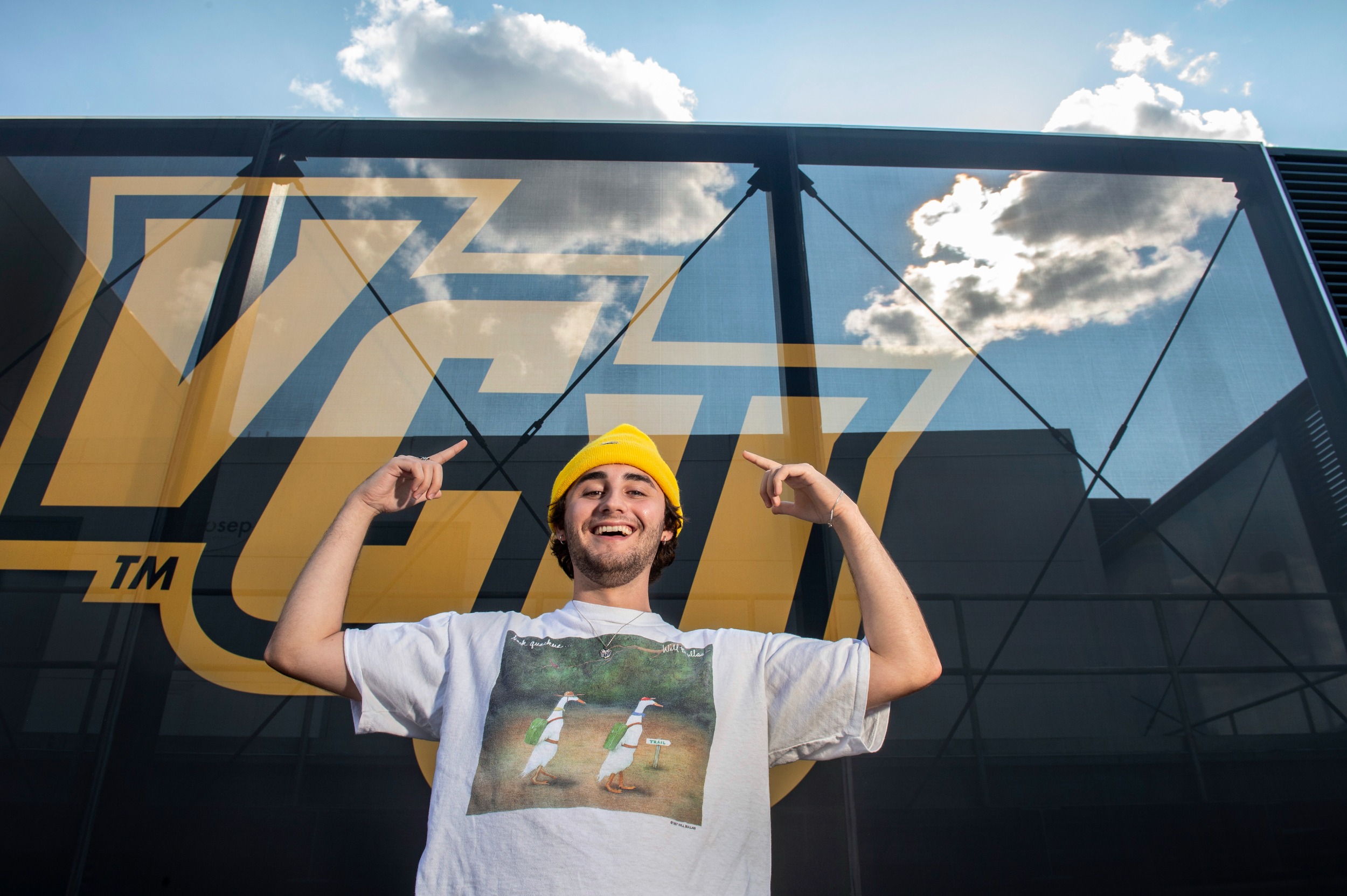 The pandemic has affected everyone in unimaginable ways. For Wright, it led to a mammoth awakening.

“To put it bluntly, I became a communist,” Wright said. “I realized that politics is not the way we’re going to get about change.”

That’s quite a shift for someone who, before transferring to VCU this semester as a junior, had already been part of three successful political campaigns for candidates in Northern Virginia.

Immediately after high school, Wright took a gap year where he worked first on Jennifer Wexton’s 2018 congressional campaign. He joined at a time when the other interns — mostly college students — were returning to school. So at 18 he became the senior field intern. Wexton won, leaving her previous state senate seat open, requiring a special election to fill it.

“And I had clearly done good enough work to be recommended to be an actual paid field organizer, rather than an intern for that special election,” Wright said. “The woman I was working for, Jennifer Boysko, won that race.”

Wright later worked on Suhas Subramanyam’s successful campaign for the Virginia House of Delegates. He then attended George Mason University for one semester before COVID-19 hit, sending all of his classes online.

“So this is my first real college experience of actually being immersed in the campus,” he said.

After transferring to VCU, Wright changed his major from political science to urban and regional studies.

“Even if I was campaigning for the most progressive candidate, it still felt like reformism,” Wright said of his leftist leanings. “To me … reformism isn’t the harm reduction we think it is. Being immersed in it, I know politics is all about compromise. But when compromise is about people’s lives and livelihood and their housing, that leads perfectly into why I want to do urban and regional studies.

Wright plans to minor in Spanish and, hopefully, theater. He’s also getting involved with student organizations that focus on mutual aid, including Ram Pantry.

“I would love to find ways to get involved with the student body, but also the community as well,” Wright said. “So if I don’t find a space for that, then I’ll make one.”