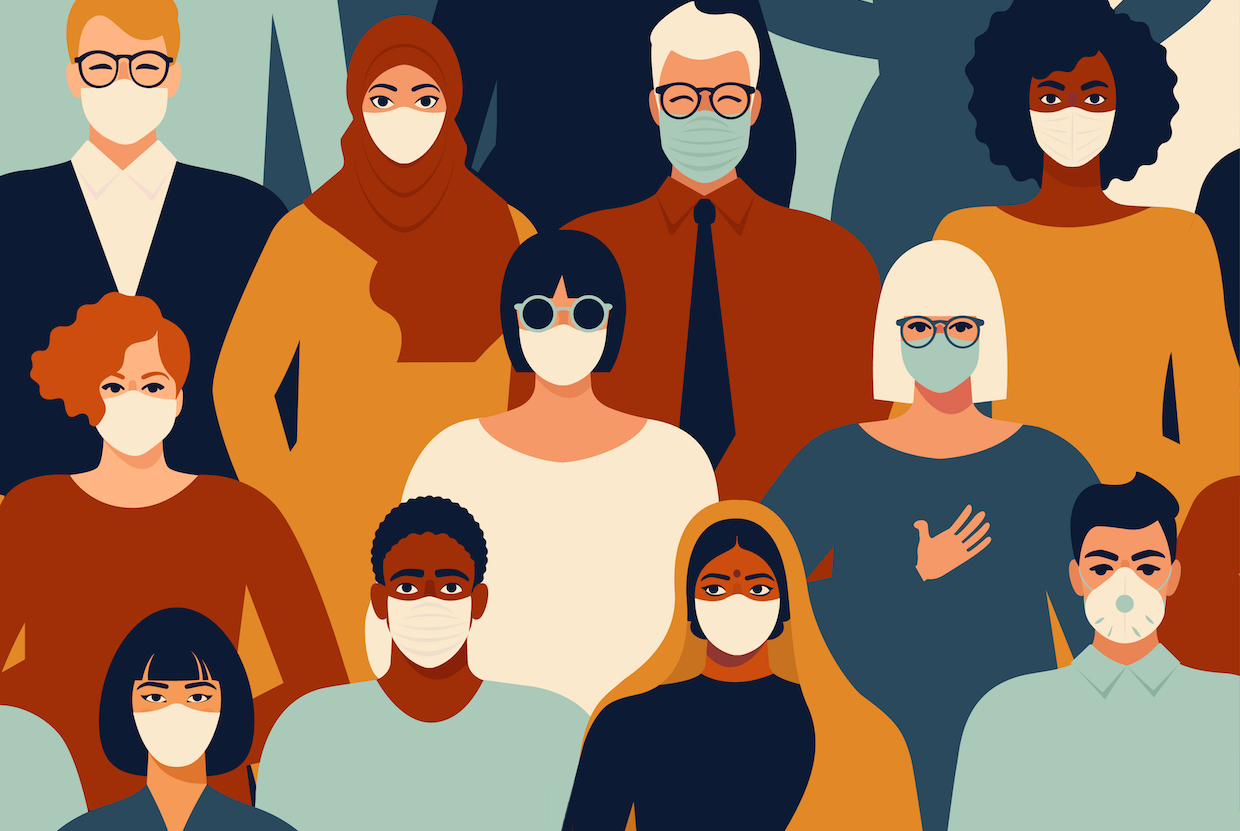 RICHMOND, Va. (Sept. 27, 2021) — A large majority of Virginians (75%) indicated they are concerned that new COVID-19 variants will lead to a worsening pandemic in their local community, according to a new statewide poll conducted by the L. Douglas Wilder School of Government and Public Affairs at Virginia Commonwealth University.

On Aug. 12, the Virginia health commissioner issued an emergency statewide requirement to wear masks in K-12 schools. A majority of Virginians (71%) support this mandate. A smaller majority (57%) indicate that they would support a federal mandate requiring masks to be worn indoors.

The poll featured landline and mobile telephone interviews from Sept. 7-15 with a representative sample of 811 adults living in Virginia. It has a margin of error of 5.35%.

There is a wide divide among Democrats, Republicans and independents on concern that new COVID-19 variants will lead to a worsening of the pandemic in their communities, with 93% of Democrats indicating concern, compared to 68% of independents and 58% of Republicans.

Democrats (87%) are more supportive of a federal mandate requiring masks indoors than Republicans (24%) or independents (60%). White, non-Hispanic Virginians were less likely to support a federal mask mandate than minority and/or Hispanic Virginians (49% to 70%, respectively). Female respondents were more supportive of a mask mandate than male respondents (62% to 51%). 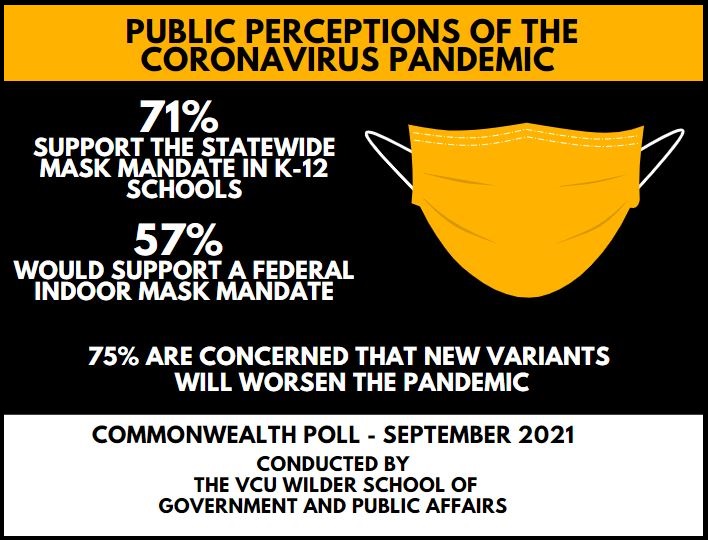 Support for public funding to historically Black colleges and universities

Democrats (92%) are much more likely than Republicans (57%) to support increasing direct public funding to all of Virginia’s historically Black colleges and universities among those who are aware of how public funding is provided.

Of the poll respondents who felt they had enough information to comment on the $4.5 billion of COVID-19 relief funds received by Virginia from the federal government, just over half were aware that the money was allocated by the General Assembly without debate or public comment (51%). These same individuals were more likely to approve (65%) than disapprove (31%) of the way $3.5 billion of these funds were spent. However, they were less likely to approve of the fact that the remaining $1 billion was allocated to Gov. Ralph Northam to spend at his discretion without debate or public comment (50% approve, 46% disapprove).

For the full poll results and analysis, visit https://oppo.vcu.edu/policy-poll/