Watch “The People’s Debate “ on Video 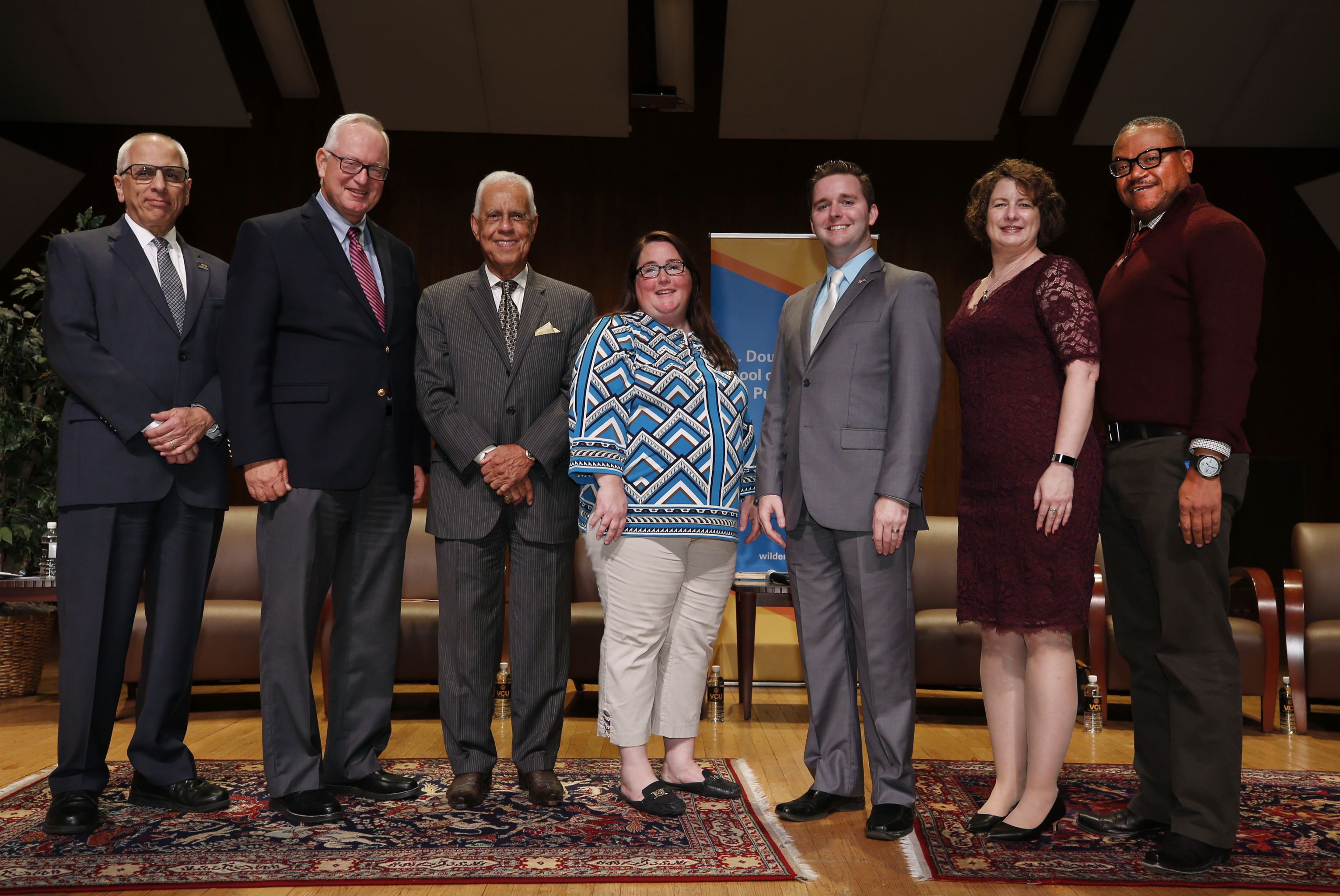 ”The People’s Debate: Tackling State and National Issues with Your Questions” prompted questions and generated robust discussion about a wide range of issues on the eve of Virginia’s statewide elections.

You can watch a video of the two-hour event here, and follow the digital coverage at #wilderforum.

The gubernatorial campaign, President Trump, Confederate statues, the record number of women seeking office in Virginia, immigration and the importance of the African-American vote were among the many topics covered, both in the remarks of the participants and questions from the audience.

“The president doesn’t pick up your trash, members of Congress don’t pave your roads. People on the ground are those most affected by government. That’s why it is so important to listen to the people. I am here to listen and learn, but I will be around to ask a few questions.”

Joining Governor Wilder and Dr. Holsworth as panelists were:

“His leadership and unwavering insistence on conversation and action around subjects that are difficult have positively changed the Commonwealth of Virginia,” he said. “I’m so grateful for his leadership.”